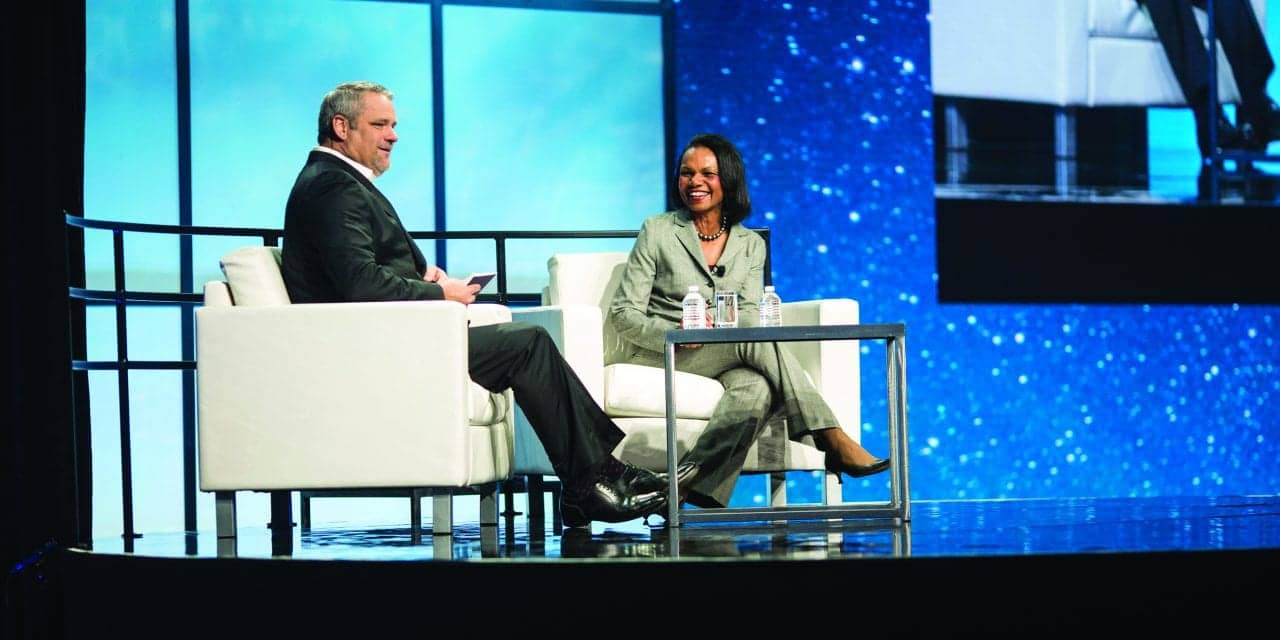 The Starkey Hearing Innovation Expo, held January 3-6 at the Las Vegas Cosmopolitan Hotel, made it clear that Starkey has kept its eye on the ball when it comes to forward thinking and the “Technologies” part of its name. The Expo brought 3,200 dispensing professionals and their guests—one of the largest congregations of hearing healthcare business owners in the world—from over 40 different countries for four days of learning, inspiration, and fun. In addition to the general sessions detailed here, this year’s Expo featured 35 breakout seminars, a special Engagement Theater for Q&A discussions with the Starkey executive team and others, and a mini-expo area featuring technologies of the company’s corporate partners and suppliers. 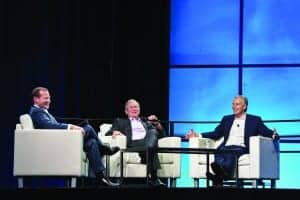 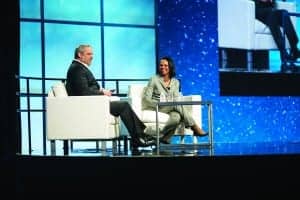 Starkey President Brandon Sawalich kicked off the event in a light-hearted manner on Wednesday evening with a brief welcome, followed by a surprise visit by stand-up comedian and actor Sinbad (David Adkins), who entertained the opening reception with some humorous suggestions for hearing devices and “healthcare protocols,” along with a lot of audience participation.

The three subsequent days each centered on three broad themes and offered a variety of excellent presentations: Thursday focused on “Technology and Innovation;” Friday focused on “The Patient Journey,” and Saturday provided an all-star venue with the general focus of “Leading with Purpose.” Sawalich pointed to 2017 having been Starkey’s 50th anniversary, with the company now having grown to encompass 5,000 employees in over 100 countries and in 22 global facilities. “This Expo is about being bold, continuing to challenge the status quo, and change,” he said. “You have to be comfortable being uncomfortable” in a dynamic industry that is changing rapidly in the face of disruptive technology. 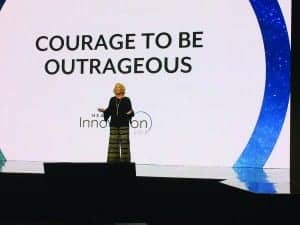 Audiologist Gyl Kasewurm offered sound tips for enhancing the patient experience—what she views as the “next frontier” in healthcare.

Thursday: Technology and Innovation. Starkey CTO and Executive VP of Engineering Achin Bhowmik, who had previously served as VP of Perceptual Computing at Intel, provided a thought-provoking look into where hearing aids may be headed in the future, and how Starkey will lead the way. Bhowmik explained that he came to the company from Intel because he sees it as a natural progression from “enhancing machine perception to augmenting the human experience.” Ultimately, it’s all about the need to give people more reasons to want to buy a hearing aid, and redefining the hearing aid by employing advanced sensors that can be used in Artificial Intelligence (AI)—which computer scientist Andrew Ng has called “the new electricity.”

AI is already changing the world with systems like Siri and Alexa, explained Bhowmik, and he said Starkey plans to introduce, in 2018, the world’s first hearing aid with inertial sensors that can provide information for physical activity tracking. Along with physical fitness applications (like the Dash Pro tailored by Starkey), these sensors may also be used for balance management and the detection of falls—a massive $67.7 billion public health problem by 2020 which is currently responsible for an older adult being admitted to a US emergency room every 13 seconds. 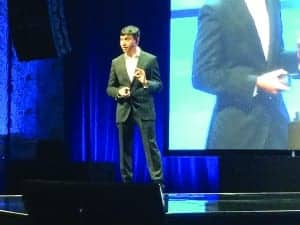 Starkey CTO and Executive VP of Engineering Achin Bhowmik provided a look at hearing aid capabilities in the future.

The future possibilities are even more intriguing, according to Bhowmik. He thinks it’s very possible for hearing aids to use AI for natural responses to voice commands, and even real-time language translation. Further into the future, he sees an array of sensors being applied (eg, body temperature, EEGs, EOGs, etc) that will ultimately make hearing aids “the gateway into human health and wellness” for both consumers and physicians. This will precipitate a new era of ear-worn devices being integral to more intelligent healthcare monitoring and health maintenance.

Michio Kaku, author of The Future of the Mind, detailed the waves of wealth generation that have come from technology, including steam power, electricity, the high-tech engineering that spawned computers and satellites, and what he views as the latest wave now, bringing industry into science and  physics at the molecular level. He believes that the time is approaching when computers interplay with nanotechnology, opening up a new wave of wealth generation where you might find the Internet on a contact lens and the word “tumor” disappearing from common usage.

Friday: The Patient Journey. On Friday morning, Tony Hsieh, CEO of the popular online shoe retailer, Zappos, talked about the concept of “delivering happiness.” Hsieh described the company’s Downtown Project, which is helping renovate Fremont, Nev (downtown Las Vegas), while “reframing” it into a place where people are proud to live and work, and where innovation thrives. 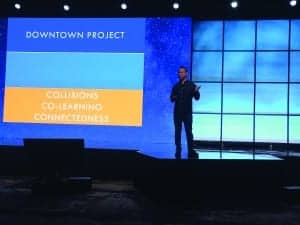 Zappos’ CEO Tony Hsieh said that his company’s success is not about shoes; it’s about delivering the best customer experience, and you can only do that by creating a company culture and a community that encourages workers to excel and be innovative.

Former Tesla, Apple, and GAP Inc executive George Blankenship provided his views on how to create brand loyalty and deliver superior customer care. His core message was you need to dazzle consumers by genuinely taking care of them, making sure they feel important, and being there to help when needed. 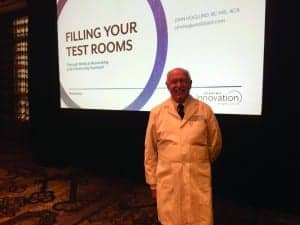 Introduced by his granddaughter, Starkey founder and CEO William F. Austin, ended the final morning with a heartfelt look at how caring and passion has fueled the company’s mission to help people around the world hear, highlighting the fact that it wouldn’t be possible without our partners in the field. “Who is the big deal in the room?” asked Austin. “You! Each and every one of you. Because you’re all impacting the world.” 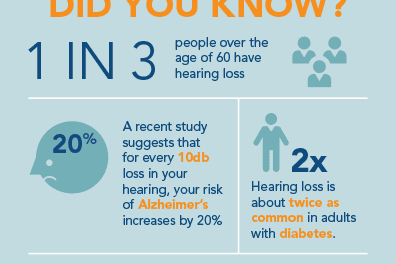