The Academy of Doctors of Audiology (ADA) has sent a letter to the President that offers qualified support for the four controversial recommendations that the President’s Council of Advisors on Science and Technology (PCAST) issued at the end of October.

In giving qualified support to the PCAST recommendations, ADA is the first among the hearing care professional organizations to publicly endorse, at least in principle, the PCAST’s report to the president. However, ADA listed a number of important recommendations of its own emphasizing the importance of audiologists’ role in hearing evaluation and diagnostics, dispensing, and aural rehabilitation, as well as necessary standards for PSAPs, entry-level devices, and hearables. Notably, ADA joins the giant trade-group, the Consumer Electronics Association (CEA), and the nation’s largest consumer advocacy group, Hearing Loss Association of America (HLAA), in support of easing certain restrictions on hearing device manufacturing and distribution. Other stakeholders, including the Hearing Industries Association (HIA), and the American Academy of Audiology (AAA) and International Hearing Society have been critical of elements within the PCAST’s recommendations, although the latter two have not yet published official positions.

In an email to its membership, ADA stated that it believes the PCAST recommendations present significant opportunities for audiologists to reach more patients and offer additional compensated services. ADA states that the PCAST recommendations are also consistent with overall trends toward patient-centered care and disruptive innovation in medicine.

Embracing disruptive forces: To review, the PCAST recommendations may be briefly summarized as:

ADA’s letter emphasizes several recommendations that the Academy believes will better serve consumers, especially when it comes to quality standards of the devices and labeling concerning the value of professional guidance. For example, ADA recommends that OTC products be “specifically labeled and include a strong recommendation that a patient seek a comprehensive audiologic evaluation from an audiologist or physician prior to purchasing any device for the treatment of hearing loss, especially if the patient exhibits any of the warning signs of ear disease…” ADA also states in its letter that, although it encourages the use of online screening tools, it is “opposed to on?line ‘testing’ as it refers to a diagnostic evaluation.”

Additionally, ADA strongly recommends labeling that includes warning signs of a serious medical condition, and a clear message that the PSAP/hearable is not an FDA-registered medical device. Along with adherence to several basic ANSI quality standards, ADA also calls for an end to “locked” hearing aids that prevent another provider from viewing, adjusting, or modifying the programs or settings of devices. 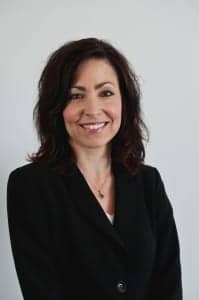 “As you know, we’ve already been addressing some of these issues for a long time,” ADA Executive Director Stephanie Czuhajewski told The Hearing Review during an interview with her and ADA President Rita Chaiken, AuD, at the recent ADA convention in Washington, DC. “In fact, this was one of the reasons we ultimately decided to embark on EarVenture, as we recognized the need to create an alternative for our members, and really more than that, create something beyond our rather insular industry that would help achieve [more patient accessibility and affordability options]. I think our members have the most to gain and the most to lose in this environment. While some audiologists, for example those working in hospitals and educational settings, won’t necessarily be affected as much by the changes taking place in hearing healthcare and are assured of secure jobs for a long time, the independent practice owner—our core members—are the ones who will be impacted by disruption the fastest.”

Perhaps the most disruptive of any of the PCAST’s recommendations it’s first recommendation: the creation of an OTC class of hearing aids and encouragement of self-directed care by consumers, including the self-testing and self-fitting of amplification devices for hearing problems without the help of a credentialed provider. When boiled down, the argument largely centers around whether or not hearing loss— a serious healthcare problem that is increasingly implicated with other comorbidities and negative quality of life aspects—lends itself to both medical and retail electronic solutions with and without professional guidance and the assumption of risk for consumers (eg, impacted earwax, acoustic neuromas, 8th nerve lesions, etc). The dilemma often draws comparisons to optometry and its use of reader glasses (or “cheaters”).

“From our perspective, the solution is not just about the device,” says Czuhajewski. “And when you really look at [PCAST’s first recommendation for an OTC class], first, people are already doing that now via the internet [ie, using OTC devices outside the professional channel]. They check off the box on the waiver and buy the device. So, this isn’t new. Second, it seems that [hearing care] is a little bit like optometry in that there are going to be a certain percentage of future patients who simply are not going to enter the traditional professional channel but will come in sooner if they have access to an OTC product. They will eventually, in our view, make their way to a hearing healthcare provider—we recommend an audiologist—sooner than they would have otherwise if [OTC products] were not available. Do we have evidence to show that? No. But what we do have is a lot of evidence to show that 75% of consumers who would benefit from amplification are not using it and are not coming in for treatment now.” 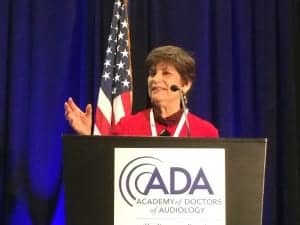 “We do already find consumers using these products coming into our offices for counseling, for training, and for questions like ‘How do you use this?’” said Chaiken. “Like it or not, [trying OTC products and exploring their options] is one way they’re now learning about us [audiologists], after they took that first step, while others come to us initially.”

When asked if there is concern about low-quality devices dissuading people from looking further into hearing healthcare options, Czuhajewski stressed that this question will ultimately be solved by consumers—not the industry or professionals. “We included a very strong recommendation for the development of ANSI standards around the PSAPs,” says Czuhajewski. “I recently had the opportunity to speak with Bill Belt who is the [Senior Director of Technology & Standards] at the Consumer Electronics Association (CEA). One of my key take-aways is that medical devices can be supported in a very small market; in some cases, you can have an expensive treatment that can be developed and exist for certain medical conditions. But on the consumer electronics side of the equation, industry won’t build things sustainably if there isn’t enough consumer demand to support the products. So, by virtue of the fact that [PSAP/hearable manufacturers] continue to persist and continue to grow in terms of new companies, it’s the consumer who is driving this market. And it’s the consumer who has the largest voice in the PCAST recommendations, and as we’re now seeing in the IOM presentations [Institute of Medicine’s Committee on Accessible and Affordable Hearing Healthcare]. Likewise, it’s the consumer who will demand and insist on quality standards; it’s a natural byproduct of having an open market. The best products are going to float to the top.”

Czuhajewski says it’s very important there are standards regardless of whether it’s a hearing aid or a hearable. She says the CEA is developing or working to develop standards that are ANSI approved, and some of this information was presented at the IOM public meetings.

PCAST presented to IOM. The PCAST recommendations were presented to the IOM Committee by PCAST member Christine Cassel on Friday at a public meeting.

The IOM is currently examining many issues related to hearing healthcare access and affordability. The committee has held five public sessions, including a September conference call, and is expected to now develop its recommendations in closed sessions. The IOM’s first, second, and third public meetings on accessible and affordable hearing health issues were reported on extensively online by The Hearing Review; the fourth public meeting on Friday was essentially a review of the four PCAST recommendations detailed above.

A final report from the committee is expected in May 2016. The recommendations of an IOM Consensus Panel may be considered by various institutions and regulatory agencies; however, they are not binding on any institution or agency.

Bringing Relevancy to the Appointment