The move to a larger space was in response to the swift growth of AmpliVox’s business in the last two years, including the addition of a dozen new products in 2012.

In comments to the group, Dold commended Roth for his company’s success and entrepreneurial spirit. “We’re here to celebrate all that Don and AmpliVox have been able to accomplish, expanding by 60%,” said Dold. “We don’t hear those stories very often these days. We see a lot of companies tightening their belts and downsizing because they aren’t sure what tomorrow will bring. So when we find a company that’s expanding, I really want to recognize you for all you’re doing.”

Roth expressed his appreciation to his guests, noting that he and his wife Nancy were “very fortunate to be surrounded by so many friends and supporters, in a community that has meant so much to us over the years.” 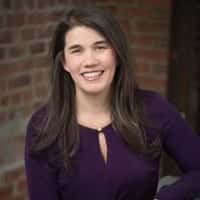 The Concept of Chi & the Resistant Patient