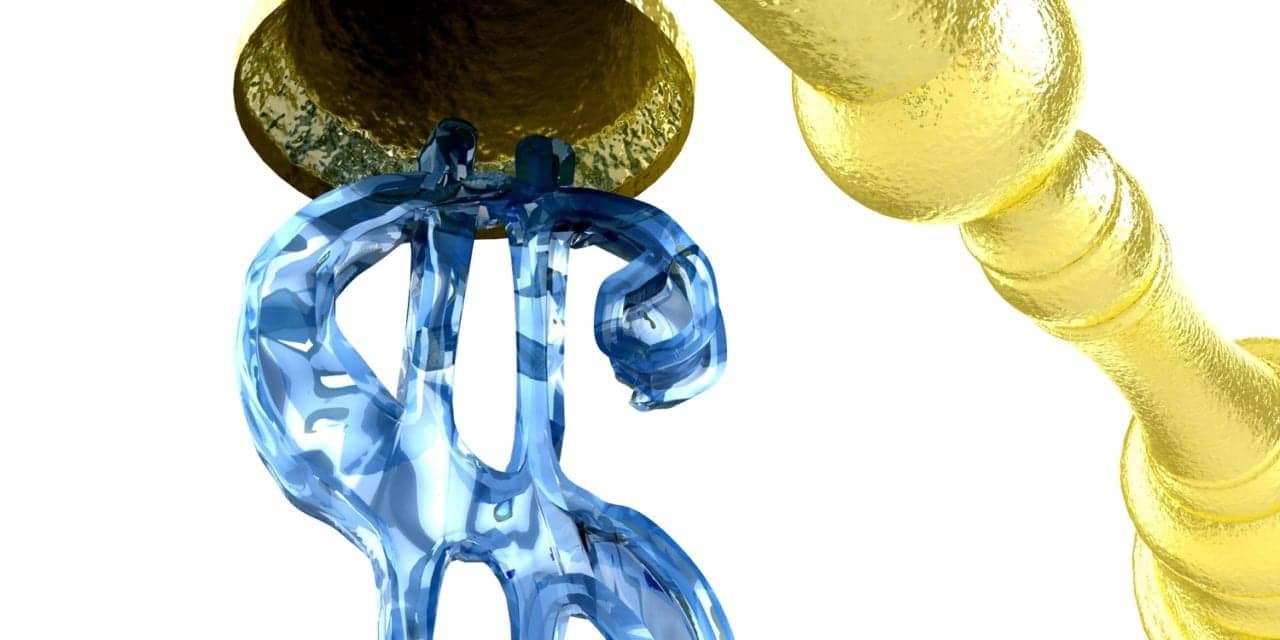 Update: After posting this story on Sunday morning (April 5), it was announced that several banks had quickly reached their limits for lending money under the PPP program. For example, Wells Fargo had to cap its lending at $10 billion due to its previous behavior in opening checking and credit card accounts without customers’ permission, while Bank of America had 85,000 customers apply for $22.2 billion in loans by 9 AM on Friday, April 3, the first day the program began. In response to the surge of applications and concerns by the banks (see below), the Federal Reserve is looking into solutions for these problems which may include backing of the loans. It issued a statement saying, “To facilitate lending to small businesses via the Small Business Administration’s Paycheck Protection Program (PPP), the Federal Reserve will establish a facility to provide term financing backed by PPP loans. Additional details will be announced this week.” Further, it now appears Congress is crafting another phase of support for small businesses. However, even given these problems with the PPP application process, I would still urge interested hearing care professionals to do so as soon as possible.

If you own a hearing healthcare practice—or any small business—and intend to file an application for the Paycheck Protection Program (PPP) loan, do it right away. That’s the advice I received in speaking with multiple people in the business community and those employed in banking in my part of the country; the volume of applications filed and the collective loan values were surprising even to them. Their overall recommendation was to get your application filed IMMEDIATELY.

As a lifeline for small businesses affected by the Covid-19 crisis, the PPP was established to help companies maintain their payrolls and keep them running during the coronavirus crisis for an 8-week period through June 2020. Eligible businesses can reportedly borrow up to 2.5 times their monthly payroll costs up to $10 million, with interest rates not to exceed 4%. All or a portion of the loan, depending on how it is used, might be forgiven. There is, of course, more to the program (see the SBA website for details), and some great explanations of it are available online. Starkey Hearing Technology’s Michael Scholl posted an overview of the PPP on April 3, complete with relevant links. Another excellent article that describes the overall Coronavirus Aid, Relief and Economic Security (CARES) Act, including another component of the Act, the SBA Economic Injury Disaster Loan (EIDL) program, was published by Forbes on April 2 by Michelle Black. The Academy of Doctors of Audiology (ADA) also sponsored a very informative Town Hall webinar on April 1 about the CARES Act programs for their members and stakeholders.

The $350 billion allocated by Congress as part of the CARES Act sounds like a vast amount of money. However, given the huge number of businesses affected by the Covid-19 crisis and the cumulative value of their payrolls, $350 billion will only go so far. And it’s first come, first served. Bottom line: If you haven’t done so already, get your application filed now and get into the line for a loan.

The 2-page PPP application form itself from the SBA is uncomplicated and straightforward—simple almost to the point of being disarming (which may be why banks were so confused by it last week). If you look at the application, you’ll see there are 2 pages at the end that also explain the program details, mostly in bullet points. Some banks have online application capabilities for their business partners, while others will require you to file the application in person. You will need some supporting documents which are listed in the application, including your tax returns and documentation of payroll, 401k contributions, etc. Obviously, it’s advisable to consult with your accountant and/or other business advisors. One bank executive told me that the application process on Friday (April 3, when the program kicked off) was a mess because banks had only received instruction about the loans on Thursday evening—and it’s real money going out their doors for which they’re assuming substantial responsibility with minimal reward (also see the New York Times article about the rollout of the program and banks’ concerns about fraud and “unacceptable losses”). She also expressed concerns about how long the $350 billion would last.

Cash flow is perhaps the major problem right now for hearing care practices. Hearing Review published a survey on March 25 that suggested about half of hearing healthcare practices would experience threatening financial circumstances after about a month of not seeing patients, and about 1-in-5 practices would face real problems after only a week or two. The PPP loan program (and/or the EIDL loan for practices in more desperate need of immediate cash) can represent a terrific boost for mainstreet businesses, including hearing healthcare practices, during this unprecedented Covid-19 pandemic.

While I’m sure there could be reasons for not applying for the PPP loan, the majority of the small business and practice owners I know have already applied. In a conversation on Wednesday with long-time practice management expert Dan Quall, MS, of Fuel Medical, he told me his group was advising their clients to be as proactive as possible. “Now is not the time to sit back and see what happens,” says Quall. Although his advice was not necessarily specific to the PPP application, he said this program is one of the key variables in the “Cash-in minus Cash-out equals Survival” formula from which practice owner-managers should benefit.

About the author: Karl Strom is editor in chief of The Hearing Review and has been reporting on hearing healthcare issues for over 25 years.