Hearing aid manufacturer Eargo disclosed in a Securities and Exchange Commission (SEC) 8-K filing on September 21 that “it is the target of a criminal investigation by the U.S. Department of Justice (the “DOJ”) related to insurance reimbursement claims the Company has submitted on behalf of its customers covered by federal employee health plans.” The company says it intends work with DOJ on the matter. In the filing, Eargo also stated it has been the subject of an ongoing claims audit by an insurance company that is its largest third-party payor, and was informed that the DOJ is now the principal contact related to that audit.

Upon issuing this news, Eargo withdrew its full-year financial guidance for investors, and the company’s stocks (EAR) fell by as much as 68% on Tuesday, according to a press release from the Law Offices of Frank R. Cruz which is investigating the matter on behalf of investors. Its stock has continued to fall. The stock price for Eargo was as high as $76.75 in mid-February, but opened today at $6.60.

Until only recently, Eargo had been a darling of the investment community and a leader in the direct-to-consumer (DTC) hearing aid movement. As reported by Hearing Review, the company raised $141 million during its IPO in October 2020, sending shares up by 87% in its first public day of trading, according to Forbes. Eargo was probably a front-runner in DTC hearing device companies that prospered during the pandemic lockdown, as virus-wary consumers turned online for hearing solutions. At this time last year, Eargo reported net revenues of $18.2 million compared to $7.7 million in the third quarter of 2019. HR estimated that in 2020 companies that made and distributed personal sound amplification products (PSAPs) and DTC hearing aids saw average sales gains in the range of 15-20%, while traditional hearing aid sales fell by a similar amount (-18% total including the VA).

Eargo uses a version of the “blended distribution model” favored by some of the larger DTC hearing device companies, where the consumer is sent the product and then provided with professional fitting/programming help and consultation. The company’s products and pricing generally occupy the “higher end” of the DIY hearing device market. Eargo released in July the Eargo 5, its fifth-generation medical-grade, FDA Class II exempt hearing device. At that time, company CEO Christian Gormsen said in a press statement, “We believe that the traditional hearing aid industry has failed to reach a majority of Americans because people don’t want to be associated with hearing aids which sit behind your ear, nor do they want to spend hours on visits to hearing clinics. Eargo is changing that because we are not afraid of taking action and applying cutting-edge technologies for the benefit of the user.”

About the author: Karl Strom is editor of The Hearing Review and has been reporting on hearing-related issues for over 25 years. 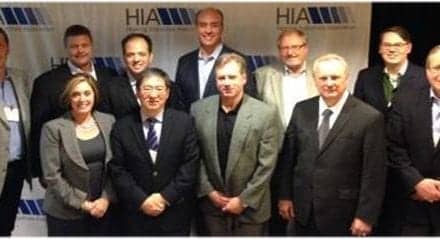