Neuromod Closes on $8.75 Million Funding Round

Neuromod Devices Limited (“Neuromod” or the “Company”), the Irish medical technology company specializing in non-invasive neuromodulation technologies, announced the closing of an €8 million (USD $8.75 million) capital raise, comprised of equity investment and venture debt.
Proceeds from the financing will be used to accelerate ongoing European commercialization of the Company’s Lenire tinnitus treatment device; to scale-up manufacturing capacity to meet anticipated European demand, and to progress the Company’s US regulatory strategy to secure market entry into the United States, according to Neuromod’s announcement. This financing round was led by existing investors Fountain Healthcare Partners and Moffett Investment Holdings, with venture debt provided by new investors Kreos Capital and Silicon Valley Bank.

This investment is said to “mark a significant milestone” for Neuromod as the Company recently opened its first Centre of Excellence specializing in neuromodulation and tinnitus at the Hermitage Medical Clinic in Dublin. The center, Neuromod Medical, a wholly-owned subsidiary of Neuromod Devices Limited, offers tinnitus assessments and treatment with the Lenire tinnitus treatment system, an evidence-based, home-use medical device. The first facility to offer treatment with Lenire outside of Ireland will be in Hanover, Germany, which will be opened before the end of 2019. Additional locations throughout Europe have been identified and will become operational during the course of 2020.

Lenire is reportedly “the first non-invasive bimodal neuromodulation tinnitus treatment shown to soothe and relieve tinnitus,” according to Neuromod. The company reports that Lenire has CE-mark certification for the treatment of tinnitus under the supervision of an appropriately qualified healthcare professional in Europe.

Dr Ross O’Neill, CEO of Neuromod, said, “We are very pleased to have Kreos Capital and Silicon Valley Bank join our existing investors Fountain Healthcare Partners and Moffett Investment Holdings. This investment will allow us to ramp-up the manufacturing of our Lenire tinnitus treatment product, ensuring it will be more widely available for many underserved patients suffering with tinnitus across Europe. We will also build on European commercialization through a regulatory submission to the FDA to make way for a launch in the United States.”

Cian O’Driscoll from Kreos Capital said, “Neuromod is an exceptional business with a unique technology and product. We are excited to be working with them to fund their expansion across Europe and the United States. It is estimated that 150 million people suffer with chronic tinnitus globally and we believe Lenire offers an important breakthrough to address this large, unmet medical need.”

Clive Lennox from Silicon Valley Bank said, “We are delighted to join Fountain Healthcare and Moffett Investments to support the growth of Neuromod Devices. Neuromod are yet another example of Ireland’s innovative life-science companies and we look forward to helping them bring their Lenire tinnitus treatment to the millions of sufferers across Europe and the US.”

Dr Manus Rogan, managing partner of Fountain Healthcare Partners, said, “As an early-stage investor in Neuromod, we are excited to be at a point where we are ramping up manufacturing and European commercialization of Lenire and looking towards US regulatory filing. The market potential for Neuromod and Lenire is clearly significant, necessitating investment in manufacturing sufficient inventory to meet the existing and anticipated demand.” 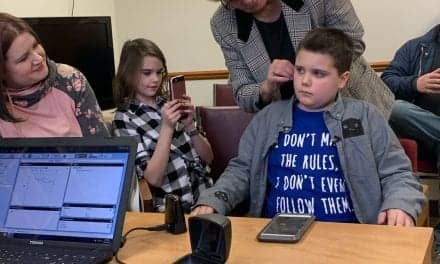