A federal lawsuit against the Somerville, New Jersey borough and its police department brought by a deaf woman has resulted in the police department agreeing to contact a sign language interpreter when dealing with deaf or hard-of-hearing people, according to an article on MyCentralJersey.

Daisy Ortiz alleges that she was not provided an interpreter during a traffic stop in 2017. At the stop, Ortiz was arrested on an outstanding warrant for an unpaid parking ticket, however, was unable to communicate with officers, who put her in a squad car, towed her car, and took away her support dog, according to the article. The lawsuit alleges that Ortiz became “extremely agitated” because of her inability to communicate, and was eventually taken to the hospital.

She alleges that the police and jail violated both the New Jersey Law Against Discrimination (LAD) and the Americans with Disabilities Act (ADA).

“For emergent situations, or those out in the field when an onsite interpreter is not available, police officers shall use written notes, charts, and diagrams,” it says. 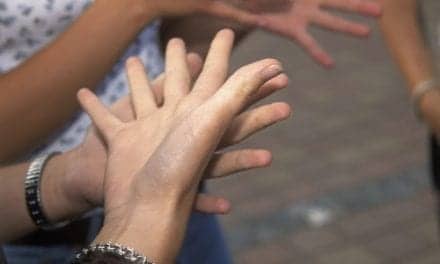