The American Speech-Language-Hearing Association (ASHA) commends the US House of Representatives on its October 3 vote to reauthorize the Early Hearing Detection and Intervention Act. This legislation will ensure continued federal funding for newborn hearing screening and intervention programs for the next five years. ASHA is the national professional, scientific, and credentialing association for 191,500 members and affiliates who are audiologists; speech-language pathologists; speech, language, and hearing scientists; audiology and speech-language pathology support personnel; and students.

The US Senate passed the legislation on September 6, 2017. Once it is signed by the President, it will become law.

“The reauthorization of this legislation will continue the critical progress we have made since newborn hearing screening legislation was first passed nearly 20 years ago,” said ASHA 2017 President Gail Richard, PhD, CCC-SLP. “This funding will help ensure that state Early Hearing Detection and Intervention (EHDI) programs remain fully operational and successful, and that they properly link screening programs with diagnosis and early intervention.”

“We thank the members of the House for allowing this public health success to continue and grow.”

Getting EHDI legislation reauthorized had been one of ASHA’s public policy goals, and the organization worked nonstop to help make it happen. Approximately 2 to 3 in every 1,000 children in the United States are born with hearing loss, making it one of the most common birth defects in America. Late identification of hearing loss or lack of early intervention services can negatively impact children’s speech and language development, academic achievement, and social–emotional development. The most critical time for stimulating the hearing centers in the brain is during the first few months of life, underscoring the importance of early detection and intervention, according to ASHA.

EHDI programs are designed to preclude the problems that can come when steps to identify hearing occur too late. Under this program, newborns are screened for hearing loss prior to their hospital discharge. Those who do not pass receive a diagnostic evaluation before 3 months of age and, when necessary, are enrolled in early intervention programs by 6 months of age, according to ASHA.

Until the 1990s, children born with permanent hearing loss typically would not have been identified and diagnosed until 2 to 3 years of age. In 2014, data collected by the Centers for Disease Control and Prevention (CDC) showed that over 97% of newborns in the United States were screened for hearing loss. Between 2005 and 2014, over 45,000 deaf and hard-of-hearing infants born in the United States were identified early, according to the CDC. 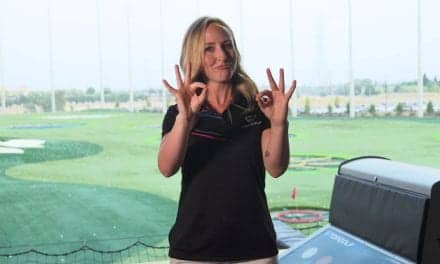