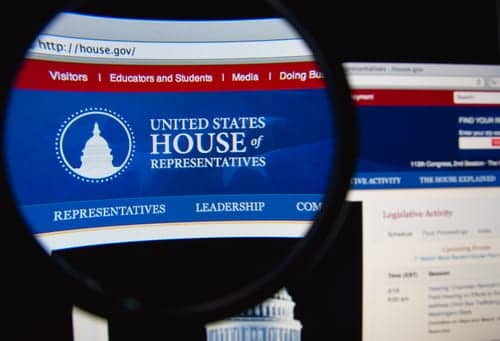 Representatives Lynn Jenkins (R-KS) and Matt Cartwright (D-PA) introduced on July 31 legislation for the Audiology Patient Choice Act (HR 5304), which is part of the Academy of Doctors of Audiology (ADA) 18×18 Initiative. The legislation, if enacted, will amend title XVIII of the Social Security Act to provide for treatment of audiologists as physicians for purposes of furnishing audiology services under the Medicare program. Further, the bill is designed to improve access to the audiology services available for coverage under the Medicare program and to enable beneficiaries to have their choice of a qualified audiologist to provide such services, and for other purposes, according to the bill. It has now been referred to the Committee on Energy and Commerce, and the Committee on Ways and Means.

The chief proponent of HR 5304 is the Academy of Doctor’s of Audiology (ADA), which said in a statement that the Act will bring Medicare in line with best practices in audiologic health care delivery models, while addressing the medical doctor workforce shortage in the United States. According to ADA, if passed, HR 5304 will improve access to qualified, licensed Medicare providers by allowing seniors with a suspected hearing or balance disorder to seek treatment directly from audiologists, eliminating what it calls “archaic medical doctor referral requirements.” ADA also says the bill allows patients to choose among qualified providers for Medicare-covered audiologic services by authorizing Medicare to reimburse audiologists for the Medicare-covered services that they are licensed to provide— services already covered by Medicare when delivered by other providers. HR 5304 would allow audiologists to join the list of Medicare-recognized physicians—including chiropractors, dentists, doctors of osteopathy, medical doctors, optometrists, and podiatrists.

“We thank Representatives Jenkins and Cartwright for their commitment to ensure that older Americans have the same freedom of choice and access to safe, efficient audiologic care as the rest of us do,” said ADA President Brian Urban, AuD. “This legislation will foster exceptional patient outcomes, and it will do so in manner that is fiscally responsible and functionally sustainable.”

However, HR 5304 will almost certainly encounter strong opposition from the American Academy of Otolaryngology-Head and Neck Surgery (AAO-HNS) and other organizations that have traditionally opposed direct access, while gaining only an approving nod from the other major audiology organizations. This is because the three major audiology organizations have divergent and clashing views regarding a strategy for obtaining direct access, with ADA’s being easily the most far-reaching and ambitious.

The American Academy of Audiology (AAA) issued a statement suggesting that, although the Academy supports ideas promulgated in the bill, the political landscape requires a more pragmatic and realistic approach. Thus, the Academy will continue to pursue its singularly-focused direct access legislation toward increased professional autonomy.  “The Academy fully supports efforts towards physician status for audiologists,” said AAA President Erin L. Miller, AuD, in their statement. “However, based on the current Congressional conditions and the extensive counsel provided to the Academy regarding achievability and overall strategy inherent to this initiative, the Academy will place its current efforts in the pursuit of direct access as the most achievable first step in this long range plan.”

In February, AAA successfully lobbied to have the more modest Access to Hearing Health Care Act (HR 4035/S 2046) introduced in both houses of Congress. The Act, if enacted, would afford direct access to audiologists for Medicare beneficiaries by removing the existing referral requirement.  However, in a letter to US Speaker of the House of Representatives John Boehner,  AAO-HNS Executive Vice-president and CEO David Nielsen, MD, strongly opposed HR 4035, writing that it would inappropriately grant audiologists unlimited direct access to Medicare patients without physician referral, and increase healthcare costs while posing significant safety issues. Dr Nielsen also stated that “similar legislation introduced in past years has been opposed by more than 100 national and state organizations.”

ADA says the newly introduced Audiology Patient Choice Act was borne from its 18×18 Initiative, which includes a call to action for Congress to update Title 18 of the Social Security Act by 2018 with the changes included in this bill. “The introduction of HR 5304 in the 113th Congress is a testament to both the tenets and the tenacity of ADA members and the audiology community,” said ADA Advocacy Chair and former-President Eric Hagberg, AuD. “We will continue to advocate on behalf of our patients, our profession, and the public to ensure that the Audiology Patient Choice Act is passed and signed into law!” 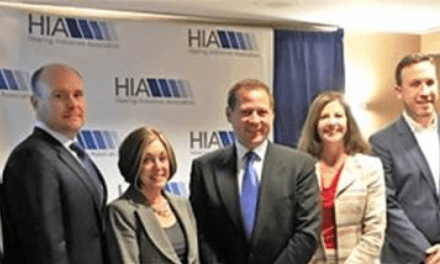 Oticon Donates $25K to 'All Hands and Hearts-Smart Response' Organization