Hearing Aid Tax Credit legislation in the House of Representatives (HR 1646) shattered previous cosponsorship records when Rep Tom Perriello (D-Va) became the 113th Representative to cosponsor the bill on January 21. Less than a year after introduction, the legislation surpassed cosponsorship totals achieved in the Republican-majority 109th Congress (ending in 2006) and the Democratic-majority 110th Congress (ending in 2008)—both of which peaked at 112 cosponsors at the conclusion of each full 2-year session.

With the remainder of 2010 left for the 111th Congress, tax credit supporters are hopeful that the bill will be considered as part of any health reform proposals that emerge in the coming months or major tax legislation that must be considered in either 2010 or 2011 to address numerous expiring tax provisions, according to the Hearing Industries Association (HIA), Washington.

The bipartisan Hearing Aid Tax Credit was introduced by Reps Carolyn McCarthy (D-NY) and Vern Ehlers (R-Mich) to provide assistance to some of the 32 million people who need a hearing aid to treat their hearing loss, says HIA. Medicare expressly excludes coverage of hearing aids as do most private insurance policies, and as a result, cost is cited as a prohibitive factor by two-thirds of the people who do not treat their hearing loss.

If enacted, HR 1646 would provide a $500 tax credit per hearing aid for children and people age 55 and older. While hearing aids can treat 95% of all hearing losses, only 22% of those who could benefit from them actually use them, says HIA. McCarthy notes that “this bill would provide some assistance to people who need hearing aids to reach their full potential, and it would do so in a fiscally responsible way.”

HIA’s Chairman, Jerry Ruzicka, has said that “affordability of hearing health care—not just the hearing aids themselves, but importantly the professional testing, fitting, and training that makes them perform at peak—is a concern. HIA brought together manufacturers, professionals, and the consumers who depend on our technology, and we all agreed that a tax credit for hearing aid purchases is the best way to improve access. The unity behind our legislation is one of its key strengths.”

Working as a coalition and in partnership with Congressional champions, the hearing health community has worked to focus attention on the importance of hearing health and the burdens associated with the lack of financial assistance for treatment. “Access to hearing technology, coupled with early identification of hearing loss, is absolutely essential for children to learn to listen and talk," said Catherine Murphy, director of communications and public affairs for AG Bell. "Parents of children with hearing loss shouldn’t have to sacrifice other essentials in order to give their children access to hearing devices they desperately need. We thank those members of Congress who have supported this important issue."

In addition to coalition efforts on Capitol Hill, local AG Bell and HLAA chapters have hosted events for Representatives in their districts to demonstrate the importance of this legislation to voters. More than 30,000 letters have been sent to Congress since 2008 by people visiting www.hearingaidtaxcredit.org.  Brenda Battat, executive director of HLAA, notes that she is “delighted that HLAA members have played a key role in reaching this new milestone. They have hosted joint events in California, Maryland, Michigan, Nevada, Pennsylvania, Texas, and Wisconsin for Representatives who are supportive of financial assistance for people who need hearing aids. Many other HLAA members have written letters and paid visits to their representatives which have paid off in gaining such strong Congressional support.”

Chris Gustafson, BC-HIS, ACA, president of the International Hearing Society, saluted the achievement of this milestone. "Reaching this new threshold for the Hearing Aid Tax Credit is tangible evidence that lawmakers are increasingly recognizing the importance of improving access to the benefits of amplification for their hearing-impaired constituents. IHS is pleased to be working jointly with providers, patients, and manufacturers in support of this legislation." The participation of IHS member hearing health professionals has been instrumental to the success of the Congressional events in various states.

HIA encourages people to visit www.hearingaidtaxcredit.org for information about the bill, or to contact Andy Bopp, [email protected] with questions. 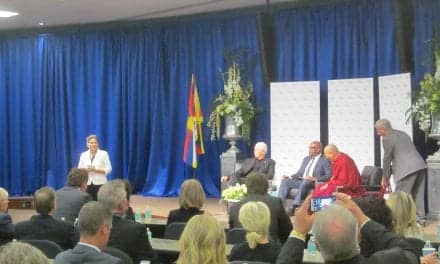 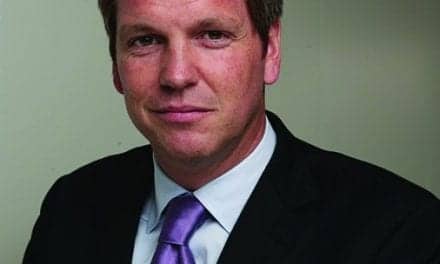