Bethesda, Md — The Hearing Loss Association of America® (HLAA) has announced that Walk4Hearing® fundraising grew for the sixth straight year and surpassed its 2011 goal of $1.2 million.

ing events, which will take place in 21 cities across the United States.

The Walk4Hearing walk-a-thons are designed to increase awareness about hearing loss, minimizes the stigma associated with it, as well as raises funds to expand hearing loss awareness services and programs.

Mike Orscheln, president and CEO of Phonak, is the Walk4Hearing 2012 National Business Chair. He commented in the press statement, “Two years as the Chicago Business Chair, and last year taking on national responsibilities, has given me an even stronger commitment to help this event become more successful. The dynamics that are occurring in our industry make the collaboration among industry, hearing health professionals, and consumers more critical than ever. Let’s make 2012 the biggest and best year ever for the Walk4Hearing!”

Director of the Walk4Hearing, Ronnie Adler, added that dedicated volunteers helped realize a 25% increase in the number of teams and walkers, making the Walk4Hearing the largest walk event for people with hearing loss. There was also an increase in the number of alliance groups, which are participants from schools, hearing loss-related organizations, and others that share the proceeds. 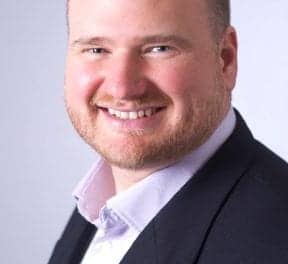