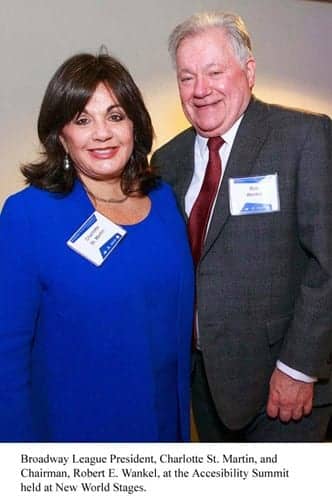 Broadway’s Shubert Organization is the recipient of the 2018 National Access Award from The Hearing Loss Association of America (HLAA), the theatrical producing organization announced on its website. The award will be presented at the Opening Session of the HLAA’s 2018 Convention in Minneapolis on June 21, 2018. Accepting the award on behalf of the The Shubert Organization will be Senior Vice President David Andrews, and Kyle Wright, director of digital projects.

A number of technology breakthroughs designed to improve the theatergoing experience for audience members with special needs were introduced at Broadway’s Accessibility Summit in New York City on November 28, 2017. The Shubert Organization and Sound Associates played host to TDF and The Broadway League’s first-ever Accessibility Summit. The event reportedly drew more than 500 people, including theatre professionals and leaders of organizations representing the deaf and hearing-loss community, and those living with vision loss.

“The message that the theater community and the accessibility community are united in wanting to maximize the enjoyment of live stage entertainment for everyone came across in resounding fashion,” said Jerry Bergman, founder and chair, Hearing Accommodation Task Force of New York.

Special guests attending the Summit included Marlee Matlin, who won an Oscar for her performance in the film version of Children of a Lesser God, and Lauren Ridloff, the actress who will soon be starring in the Broadway revival of the Tony Award-winning play.

The Summit included discussions and demonstrations of new technologies being implemented on Broadway, including assistive listening, audio description, and closed captioning—options which will become available on-demand using an audience member’s own smartphone or tablet via GalaPro, a new app available on iOS and Android devices.

Panels at the Accessibility Summit focused on supporting and training the communities served by these new on-demand services, new TDF accessibility programs including autism and sensory-friendly programming, and discussions of what’s next in ASL access.

Attendees were given an in-depth look at the GalaPro app, which helps to provide a seamless interface for audio description, closed captioning, and language translation for participating shows. The app is designed to provide services that enhance the experience of the users without disturbing other patrons through features such as black screen and headset-only audio.

The GalaPro App is the result of a partnership between The Shubert Organization’s technical team and the Tel Aviv startup company, GalaPrompter.

“The Broadway Accessibility Summit was a great event for one very specific reason: it showed real progress with real people who are feeling that progress,” said Damian Bazadona, founder, Situation Interactive.

The theatre industry’s goal is to complete implementation of these technologies in all Broadway theatres by the summer of 2018.

For more information on The Shubert Organization, visit http://www.shubert.nyc.

Raising the Bar on Quality and Professionalism 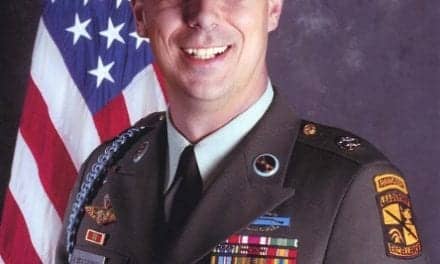 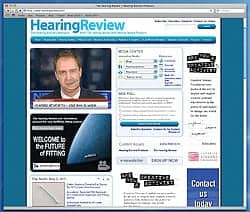