Quebec City, Canada—The first convention of the International Hearing Society to take place outside of the United States was held at the Quebec City Convention Center in Canada, on October 19-23. The convention also featured another first: It was held in conjunction with the annual meeting of l’Ordre des Audioprosthesistes du Quebec (Order of Acousticians of Quebec), an organization of 221 dispensing professionals (see sidebar).

The event drew approximately 500 dispensing professionals, featured product and service offerings from about 50 companies in the convention exhibit hall, and offered about a dozen instructional courses.

News from the Society
At the Society’s General Business Luncheon, IHS President Harlan Cato provided a brief overview of the organization’s activities during the past year, and offered a glimpse of what might be expected in 2006. In particular, Cato recognized the contributions of the international membership associations—particularly the Canadian Hearing Instrument Practitioner’s Society (CHIPS)—and introduced the members of the IHS Board of Directors: Executive Director Cindy Helms; President-Elect Neil Waingrow; Immediate Past-President W.F. Samuel Hopmeier; Secretary John Letts; and Treasurer James Ogurek.

The 2005 Chapter of the Year Award was presented to Hearing Healthcare Providers of California.

Hopmeier announced the death of Peter A. Mecci who died October 11. Mecci had served on the IHS Board of Governors for three terms starting in 1984, and served as IHS Treasurer from 2000-2003. He was the founder of the Advocacy Alliance, which is a source of revenue for the Society’s advocacy and legal activities worldwide. Mecci had also been elected the New York Chapter’s president in 1981.

John Roberts, a key figure in the dispensing of hearing instruments and the establishment of educational programs in Canada, was presented with a Lifetime Membership to the Society by IHS Canadian Governor and CHIPS Chair John Letts.

Issues in 2005 and Beyond. Cato says the Society has recognized several initiatives that would permit the various hearing health care organizations to work together; however, given the past conflicts, it has been sometimes difficult to work together at full potential. “We hope there is less distrust [between the organizations] and that we can help future leaders to be more open to our views and policies, and in turn, our future leaders will continue to develop better, more productive relationships with them,” Cato says.

Educational initiatives and the establishment of the Board Certification for the Hearing Instrument Sciences (BC-HIS) certificate as a requirement for new IHS members, while encouraging established members to obtain the BC-HIS designation, has been an objective for the Society in recent years. “We’re going to continue our work on education and the funding of education for entry-level, professional board certification, ACA programs, the online programs, and all the way up to the degree programs that IHS supports in the United States and Canada,” Cato says.

Cato pointed out that a lot of international members were attending the convention, and that the Society is looking to continue expanding its membership to other countries, as it has with the British Society of Hearing Aid Audiologists, the Japan Hearing Aid Dispenser Association, and the Irish Hearing Society.

Harutsura Tanaka of the Japan Hearing Aid Dispenser Association was presented with the International Hearing Society’s Empowerment Award by Harlan Cato who characterized him as a “man who transcends continents and languages” in the pursuit of high-quality education and training of hearing care professionals.

National Board Certification for Hearing Instrument Sciences (NBC-HIS) Chair Wayne Jacobson says there are now over 3000 hearing instrument specialists and audiologists who are BC-HIS certified, and that number continues to grow. “The average consumer today can be quite overwhelmed when they look at the alphabet soup that some dispensing professionals have after their names,” Jacobson says. “There is ACA, CCC-A, AuD, FAAA…You can have all kinds of designators after your name, but the average consumer does recognize the term ‘board certified’ as something being above the ordinary. They realize that [BC-HIS] means the person has taken the time and effort to become board certified.”

Jay B. McSpaden (center) and Patricia Connelly presented Dan King with his ACA Certificate after King completed the 13 months of advanced training and practicum requirements.

Jacobson says, with the plethora of advanced, sophisticated technology available to all dispensing professionals, the primary thing that distinguishes one practice from the next is the skill and caring of the dispensing professional. “Anybody can open an office and sell a good product, but the consumer’s perception of ‘who will do the best job for me’ is where the value of a certification program comes in.” Over 200 dispensing professionals took the NBC-HIS exam during the last year, and Jacobson says this is a decrease compared with past years due to the fact that most people in the organization (68%) are now BC-HIS certified.

Sales and industry initiatives. Hearing Industries Association (HIA) Director of Government Relations Andrew Bopp says sales increased by 7.5% in 2004, and were up by an additional 3.5% for the first half of 2005. Although this represents good news, he cautioned that sales in September appeared to be flat, primarily due to the havoc caused by Hurricane Katrina.

Bopp says HIA has been focused on gaining increased legislative support for the Hearing Aid Tax Credit Assistance Act (HR 414 and S 1060) which would provide for a $500 tax credit ($1000 for binaural aids) towards the purchase of a hearing aid once every 5 years for individuals under age 18 or over age 65. The bill currently has 79 co-sponsors in the US House of Representatives and 13 co-sponsors in the US Senate.

IHS Counsel Karen Sealander and Timothy Waters of McDermott, Will & Emory LLP showed how the Society’s initiatives have succeeded in safeguarding the profession of hearing instrument dispensing. Sealander presented “12 of the Most Positive Developments in Hearing Health Care,” which detailed events ranging from the withdrawal of the FDA’s proposed changes to the Hearing Aid Rule to universal newborn hearing screening funding.

Awards and Recognition
A special IHS Lifetime Membership was presented to John Roberts, a key figure in Canadian hearing instrument dispenser education, Canadian government affairs as they relate to dispensing, and the establishment of the Grant MacCuen Community College two-year degree program.

The IHS Empowerment Award was presented to Harutsura Tanaka of the Japan Hearing Aid Dispenser Association (JADA). Tanaka and JADA were honored in 1995 with the Chapter of the Year Award, and is he is credited with translating, revising, and introducing the IHS Training Manual to Japanese dispensing professionals.

The Hearing Review Professional Leadership Award was presented to John Letts who is chair of CHIPS, IHS Regional Governor of Canada, and also serves as the current secretary for IHS. In 2005, Letts and his colleagues at CHIPS worked to produce a publication titled, The Canadian Consumer Guide to Hearing Loss and Hearing Aids, which can be downloaded at the CHIPS Web site at www.hearcanada.com. Also in 2005, Letts met with members of the newly formed Irish Hearing Society, and represented the British Society of Hearing Aid Audiologists in the “All-Party Parliamentary Group on Deafness” that convened in England. Additionally, Letts played an instrumental role in bringing the IHS Convention to Canada.

The Hearing Journal presented its Joel S. Wernick Award for Dispenser Education to Ted Venema, PhD. Venema has been a fixture in the education of hearing instrument dispensers at annual conventions, as well as at state and provincial meetings. He has written extensively on various clinical topics, and has also been a popular assistant professor at the University of Western Ontario. More recently, he has taken an active role in the establishment of a unique 600-hour post-degree post-diploma hearing instrument specialist program at Conestoga College in Ontario.

The 2006 IHS Convention will take place in San Antonio, on October 18-22. For more information, visit www.ihsinfo.org. 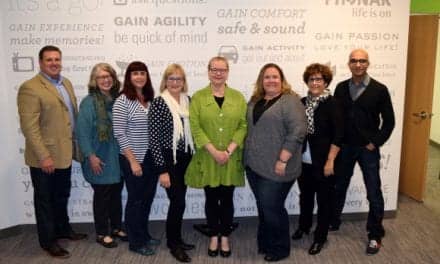 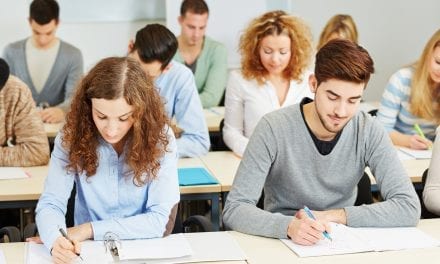