The advent of Bluetooth represents a revolutionary development in wireless communication across devices in the digital world. Similarly, a Bluetooth application recently has been developed that promises to extend the ease and effectiveness of this technology to benefit hard-of-hearing people.

An Ear-Level Instrument (ELI) that literally brings Bluetooth technology to the ears of people wearing hearing instruments has been developed by Micro-Tech and Starkey Labs. ELI provides a hands-free audio connection between the hearing aid wearer and a growing assortment of communication and entertainment devices—most importantly digital cell phones that have become an essential part of our communication with the world.

This article offers a general introduction to Bluetooth technology, its benefits and scope. It then introduces the specifics of ELI’s design and operation, with special emphasis on its use with Bluetooth-enabled digital cell phones. Comparisons are made between telephone communication with ELI and other telephone technologies for the hard of hearing, and the article concludes with a brief glimpse into the future of wireless technology for hearing aids.

Introduction to Bluetooth
Bluetooth is a short-range, wireless, digital communication standard. Bluetooth-compatible devices can carry either audio information or data from one device to another—computers and their peripherals, telephones, entertainment systems, personal digital assistants (PDAs) and more—in a rapidly growing community of electronic gadgets. In achieving connectivity across devices, Bluetooth also eliminates the problems of routing and sorting the many wires and cables, connectors, and plugs that would otherwise be needed to link the devices.

Bluetooth provides agreement across devices at the physical level by using radio-frequency transmission in the 2.4-gigahertz ISM (Industrial Scientific Medical) band. It also provides agreement on communication protocols: in order to communicate accurately, devices must agree on the scheduling and packaging of bits of data so that they represent the same thing at both ends of the line.

Bluetooth devices send data and voice in a clean, clear, digital format. Since it is digital, the audio signal is not subject to the same sources of signal degradation that sometimes compromise the quality of analog (FM, AM, or inductive) transmissions. In an analog signal path, electrical noise from a variety of sources is amplified along with the signal. In contrast, a digital Bluetooth signal is extracted from the noise; it alone is transmitted and amplified, while noise that impinges on it along its path is rejected (Figure 1).

FIGURE 1. One advantage of Bluetooth devices is that the audio signal is not subject to the same sources of signal degradation that sometimes accompany FM, AM, or inductive transmission technologies.

The low-power design of Bluetooth transmission systems has two advantages. First, it minimizes battery consumption for portable devices. Second, it places an intentional limit on the range of transmission—the most common version has a range of 10 meters (about 11 yards) —which helps to avoid interference among nearby devices. At the same time, walls and other obstacles have a negligible effect on Bluetooth transmission.

In Bluetooth parlance, these new devices are categorized as either a slave or a master device. As the names imply, the master is responsible for setting up and controlling the communication between the two. The slave essentially does what it is told, receiving incoming signals and sending responses back to the master.

Communication between a master and slave requires three steps: pairing, connecting, and talking. In the pairing process, the steps of which are device-specific, the two devices carry on an electronic communication to determine whether they are of a compatible type and have data to share. If these criteria are met, the two devices then must be connected, which makes them ready to communicate. This step, controlled by the master device, is analogous to plugging in a cable between the two. The devices must be reconnected whenever they lose their connection. For example, when one of them is turned off and back on, or when the two devices move out of and then back into their usable range, the communication process has to be initiated again. Once paired and connected, the two devices are in standby mode. When a communication event takes place, either automatically or under the control of an operator, the two devices begin talking (exchanging data) over the connection that they have made.

Bluetooth data transmission has far-reaching applications which are growing daily—including data transfer between computers and their many peripheral devices, between a PDA and a computer, between a stereo amplifier and speakers, between machines and the instruments that monitor their performance, and between digital cell phones and Bluetooth headsets.

A Bluetooth Ear-Level Instrument
The ELI Ear-Level Instrument (Figure 2) is the smallest audio Bluetooth device on the market, with dimensions of 27 mm x 16 mm x 11 mm and a weight of 5.2 grams. Three pins connect it to any behind-the-ear (BTE) hearing aid that uses a Europlug standard direct audio input (DAI) connector (Figure 3).1 The pins on the module rotate 270° to accommodate either a right or left hearing aid.

ELI provides bidirectional digital communication between a Bluetooth-enabled digital cell phone and a hearing aid. Since the signal being transmitted between these devices is digital, it is not subject to the same sources of interference as other types of wireless transmission, such as analog FM or analog inductive transmission.

FIGURE 3. Three pins connect the device to a BTE with a Europlug standard DAI connector, and the pins rotate 270° to accommodate either a right or left hearing instrument.

The ELI module is designed for easy use. When a call comes in, it rings through the hearing aid itself via the module instead of ringing from the phone. To answer, the wearer simply presses the button on the module. If the caller hangs up, ELI recognizes that the call is finished and disconnects automatically. Alternatively, if the wearer wishes to hang up, he/she can do so by pressing the module button. One needs the cell phone only to dial.

A microphone on the bottom of the module picks up the wearer’s voice. The system performs an analog-to-digital conversion and sends the digital signal to the cell phone via Bluetooth. The proximity of the microphone to the talker’s mouth ensures a strong signal level and favorable SNR.

FIGURE 4. The new device can be recharged in 1.5 hours by placing it in its charge cradle.

The ELI module is powered by a custom, rechargeable lithium-ion-polymer battery, which is fully recharged in 1.5 hours by placing the module in its charge cradle (Figure 4). Since talk time on such a device is a critical variable, considerable effort went into the battery development. Active talk time of the ELI module is 2.5 hours, and at full charge the battery has a stand-by life of 140 hours before requiring recharging.

FIGURE 5. For hearing aids that contain a telecoil but are not DAI compatible, the ELI module can be attached to an available Adapted Neck Loop device.

For hearing instruments that have a telecoil but no DAI capability, an alternative coupling for the ELI module has been developed. For this application, the module attaches to a custom Adapted Neck Loop through a specialized connector (Figure 5). This alternative inductive coupling is especially important for the large number of wearers of custom hearing instruments with telecoils, which are not compatible with the Europlug connector.

Evolving Technology
Before Bluetooth technology came on the scene, other means were developed to connect cell phones to hearing aids. For example, the output of a cell phone can be led by cable to an inductive neck loop (available from some cell phone manufacturers, such as Nokia and Motorola) or other inductive transducers (eg, CHAAMPS by Audex, and HATIS). These devices provide an analog inductive signal from the cell phone, which can be picked up by any telecoil-equipped hearing aid.2

In a similar vein, but cable-free, the BT 100-TC from GN ReSound is a device that is wearable in the form of a Jabra headset. It receives the digital Bluetooth transmission, converts it, then sends the resulting analog signal to the hearing via an inductive coupling to the hearing instrument telecoil.

Packaging Bluetooth technology in an external, relatively large, module has been necessary because the devices have been too power-hungry to be implemented into small hearing aids. One of the key innovations of ELI is the packaging of the device into a small module at ear level, connected directly to the BTE boot. The custom battery is designed to solve the power issue and eliminate an extra piece of equipment, thus adding to the flexibility of a truly hands-free design.

While ELI is not the first device designed to communicate with hearing aids using Bluetooth technology, it is the first to do so in such a direct fashion. The device offers several advantages:

1. To the best of our knowledge, it is the smallest Bluetooth device in existence and connects easily to any BTE that uses a Europlug standard DAI boot—without requiring any additional components.

2. It has a microphone about 5 inches from the wearer’s mouth, ensuring good signal strength and an excellent signal-to-noise ratio for the audio signal being transmitted back to the cell phone.

3. It has an excellent battery life, both in active talk mode and standby mode.

4. The device uses exclusively digital signals from cell phone to ear level, converting from digital to an analog electrical signal just before entering the DAI boot. This clean digital design is impervious to sources of electrical interference that could contaminate a system that relies on analog signal transmission.

A Problem-Solving Technology
Traditionally telephones have presented numerous challenges to hearing aid wearers. With the introduction of digital cell phones, the list of issues became even longer, challenging both the hearing industry and the cell phone industry to find solutions. Although it is imperative for the cell phone industry to fulfill its obligations relative to future cell phone development and hearing aid compatibility, ELI does offer solutions to virtually all of the compatibility issues for those consumers who wish to benefit from this Bluetooth option.

Acoustic feedback. The telephone does not need to be close to the hearing aid, eliminating any risk of acoustic feedback, while not compromising signal strength.

Inductive interference in telecoils. The ELI module does not have any inductive pickup and is impervious to analog interference sources (eg, computer monitors and fluorescent lights).

Digital cell phone interference. When using ELI, the hearing aid is far enough from the cell phone that it will not pick up these types of contamination. This includes TDMA, CDMA, and GSM interference, as well as electromagnetic noise from the telephone screen.

FM interference. The ELI module ignores radio frequency noise that is not part of the digital Bluetooth signal.

Digital cell phones with piezoelectric receivers. The absence of an inductive field has rendered these phones useless to hearing aid wearers who rely on telecoils. Now the receiver type in the cell phone is immaterial; ELI supercedes them all.

A Glimpse into the Future
ELI uses the Bluetooth headset and hands-free profiles, and in addition to its primary initial use with digital cell phones, the device is capable of pairing with other Bluetooth devices that use these same profiles. One important example is the introduction of landline phones with Bluetooth capability. Beyond telephones, one might use ELI to listen to television, stereo, the output of a computer or PDA, music from a Bluetooth-compatible MP-3 player, or any number of additional Bluetooth devices that are now making their way into the marketplace.

Wireless technologies in hearing instruments will blossom in the next few years. Numerous possibilities are being explored, including true wireless programming, ear-to-ear binaural processing, improved directivity, and adaptive algorithms based on datalogging and neural networks, to name a few. The next few years promise exciting advances that will have an even greater impact on the hearing instrument market and the lives of the people we serve. 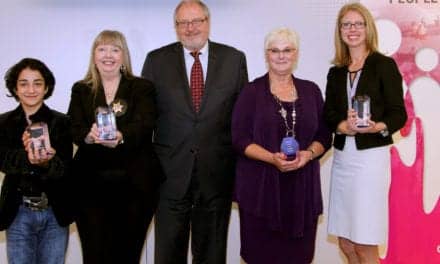 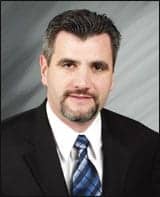 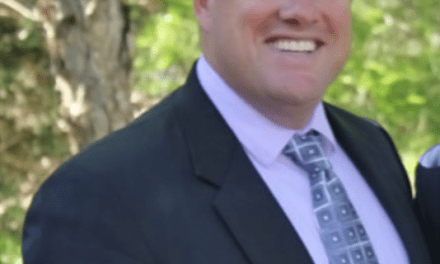