CHAPEL HILL, NC – The University of North Carolina (UNC) at Chapel Hill has opened a national clinical trial of a hearing device that combines hearing aid and cochlear implant technology in the same ear.

In surgeries performed in April, two North Carolina adults with late-onset hearing loss became the first people in the US to receive an implant of the Electro-Acoustic System (EAS). The hearing aid acoustically amplifies low frequencies, while the cochlear implant electrically stimulates the middle and high frequencies. The inner ear processes acoustic and electric stimuli simultaneously.

The multi-center Phase III clinical trial will determine if the device improves speech perception and sound quality for people with late-onset hearing loss who are able to hear low frequencies to a certain extent but have little or no hearing at higher frequencies. The hearing device is investigational and is not approved by the US Food and Drug Administration (FDA).

The device is designed to help people who have enough residual hearing that they would not be considered candidates for a traditional cochlear implant procedure.

“This population has fallen between the cracks in terms of the treatment options at our disposal,” says Dr. Craig Buchman, professor of otolaryngology/head and neck surgery and chief of neurotology and skull base surgery at UNC-Chapel Hill.  In such cases, explains Buchman, hearing aids often provide unsatisfactory results in understanding speech and other important sounds. Traditional cochlear implant systems are also not ideal because they don’t allow users to benefit from their natural hearing abilities.

“We hope to confirm earlier international findings that show EAS users benefit from the natural sound perceptions provided by acoustic amplification via a hearing aid in addition to electrical stimulation of the auditory nerve provided by cochlear implant,” says Buchman.

Late-onset hearing loss may be noise induced, such as hearing loss from factory or construction work or the result of head trauma. It may also arise from a genetic predisposition that developed into hearing loss during early adulthood, including in people with a family history of hearing loss.

According to Marcia Clark, a clinical audiologist in Buchman’s department, hearing loss may also arise from ototoxic medications, including high doses of certain antibiotics that may be given to surgery patients. These drugs could attack the hearing system. “The hearing system is extremely delicate,” says Clark. “Viral infections can cause or lead to hearing loss.”

Manufactured by MED-EL Corporation of Innsbruck, Austria, the external component of the EAS is slightly larger than a typical hearing aid. It includes a small coil held onto the skin via a magnet beneath the skin. The EAS’s cochlear implant function bypasses the damaged hair cells of the cochlea to provide electrical stimulation to the auditory nerve.  When hair cells are severely damaged, most people with hearing loss will lose hearing first in the basal end of the cochlea, which means the high frequency end of the cochlea. This is common with noise-induced hearing loss.

“The hearing aid function will do what the normal ear does; it makes the sounds louder for that frequency; it amplifies the low frequencies,” Clark explains.

According to Buchman, it will be “between 3 and 6 months before patients experience improvement.”

A total of 13 clinical sites are involved in the MED-EL trial, with a total of 50 patients to be enrolled. 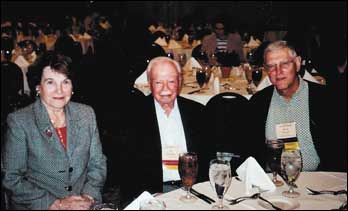