After a two-year term, Demant A/S CEO Søren Nielsen hands over the EHIMA Presidency to Eric Bernard, CEO of WS Audiology, the company formed from the merger between Sivantos and Widex in 2019. The EHIMA members elected Mr Bernard unanimously as President for the period 2021-2022, the organization announced.

Bernard said: “It is an honor to chair EHIMA for the next two years. The first president of this association was Widex cofounder Erik Westermann, back in 1985, and it has since played an important role in technology standardization and public awareness of treating hearing loss and tinnitus. I want to thank my predecessor Søren Nielsen for his leadership, and I look forward to working closely together with my fellow board members on making more people aware of the importance of hearing.”

During Nielsen’s presidency, hearing implant manufacturer MED-EL and Amplifon S.P.A. joined the association. EuroTrak, EHIMA’s international series of surveys on hearing loss prevalence and hearing aid uptake, was significantly expanded, now covering 17 countries, the most recent additions being Spain, Korea, and the People’s Republic of China. Also, the multiyear collaboration of EHIMA members with the Bluetooth special interest group was brought to fruition, resulting in a new wireless interface for hearing instruments.

“We have made a lot of progress over the last two years and I am grateful to all EHIMA members for making that possible in a joint, industry-wide effort,” Nielsen said, reflecting on his presidency. “I am convinced that we can continue in the same professional spirit for the good of all people who deserve better hearing but are not always aware.”

Bernard is the 21st President of EHIMA. Meetings of hearing aid manufacturers at the European level began in 1983. In 1985, EHIMA was founded legally as an association under Belgian law. While the industry has been impacted by the coronavirus pandemic, data of EHIMA members show that the demand for hearing instruments remains high. This is also reflected by EuroTrak data, which shows that the uptake of hearing instruments “grew significantly over the last decade and continues growing.” 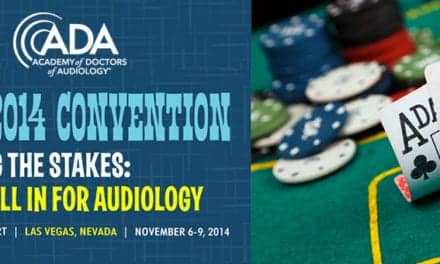