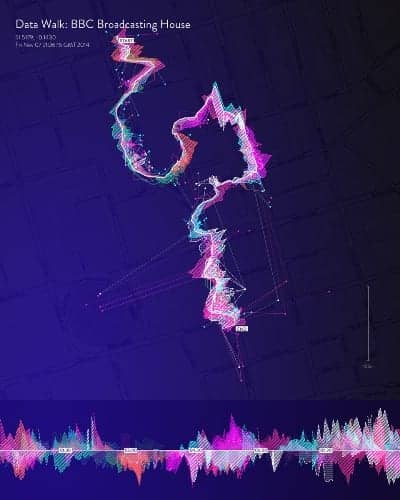 Hearing aid user and science writer, Frank Swain, has figured out how to use his Starkey Halo Bluetooth aids to listen to Wi-Fi networks. According to a December 3, 2014 online article in Wired, Swain wanted to find out if his hearing aids could do more than just amplify sound to compensate for his hearing loss. He wanted to find out if they could give him hearing super powers—that is, if hearing aids that wirelessly stream audio from an iPhone, might also stream other sounds that people without hearing aids cannot hear.

According to the Wired article, and a December 5, 2014 online discussion posted on Crazyengineers.com, Swain modified his hearing aids so that he could listen to sounds from the Wi-Fi networks around him. For a collaborative project titled “Phantom Terrains” for BBC Broadcasting House, Swain worked with sound artist Daniel Jones to help him monitor ambient Wi-Fi signals being transmitted by routers. Jones altered and programmed Swain’s hearing devices to translate the Wi-Fi sounds into different notes.

The modified Bluetooth hearing aids can now generate sounds from Wi-Fi signals that Swain encounters in his environment. The first sound he hears is reportedly a crackling noise in the background, which increases or decreases depending upon the density of Wi-Fi networks in the area. Another clicking sound, similar to the one you might hear on a Geiger counter, allows Swain to know how close he is to a Wi-Fi source. The network clicking sounds are calibrated for stereo effect. If a network is located to the right, Swain hears it in his right earpiece. If the network is located on his left, the sound is heard in his left earpiece. In the foreground Swain hears a faint melody that is generated by translating the network ID.

You can listen to the soundtrack the two produced during a walk across BBC Broadcasting House on this SoundCloud link. The Phantom Terrains project team also used the data they collected from their walk at the BBC location in the UK to create a visual depiction of the sounds.

An objective of the project is to build an additional sense that helps us monitor the ever-increasing ambient data signals in our urban environments. The “Phantom Terrains” project took six months to build, and is currently in the prototype stage. The collaborators obtained funding for the project from NESTA (National Endowment for Science, Technology and the Arts) in the United Kingdom.