The Minnesota Academy of Audiology (MAA) has announced that it endorses the Audiology Patient Choice Act (HR 2519) because, according to MAA President Grace Berry, AuD, it will, “provide better efficiency for evaluation and treatment for Medicare beneficiaries with hearing and vestibular disorders.”

The MAA announcement further states that Medicare beneficiaries deserve the same access to the high quality audiology services as the rest of America enjoys. The organization says that the Audiology Patient Choice Act will deliver this by:

The MAA is working with the Academy of Doctors of Audiology (ADA) to spread the word to help pass the legislation.

“ADA and its network of more than 30 organizational partners are working diligently to pass this critical legislation in the 114th Congress,” said ADA President, Kim Cavitt, AuD. “We commend the Minnesota Academy of Audiology for its commitment to advance HR 2519, which will ensure that audiologists are recognized and reimbursed by Medicare in a manner that is consistent with most private insurers (including Medicare Advantage plans) and with their education and training.”

The Audiology Patient Choice Act was constructed to promote high-quality, cost-effective audiologic care for Medicare patients. According to the MAA and the ADA, the legislation will not: The ADA is offering “Back the Act” t-shirts to those who donate to the cause.

The MAA is urging everyone to Back the Act today! The organization is sending the message that people can act now to help ADA and Representatives Jenkins and Cartwright ensure audiology’s independence from outdated Medicare requirements in three steps:

Step 2: Declare your independence and donate to the ADA Advocacy Fund. Audiologists who donate $100 or more and students who donate $20 or more will receive a super stylish Back the Act t-shirt. Take a “selfie” with your shirt and post it to the ADA Facebook page or the ADA Student Facebook page for your chance to win great prizes!

Step 3: Tell your friends and colleagues to Back the Act. Encourage everyone you know to visit the campaign page. Stand up and stand together for autonomy and best clinical and business practices. Declare your independence today!

The MAA advises that people can also visit ADA’s AuDvocacy Action Center for more information about The Audiology Patient Choice Act, where they can view relevant talking points and fast facts, learn how to contact legislators via Congressional Connect, donate to the ADA Advocacy Fund or the ADA PAC Fund, view the bill language, read Advancing Patient Care Under Medicare, and follow the initiative on Facebook and Twitter.

An Easier Method for DSP and Programmable Hearing Instrument Fittings 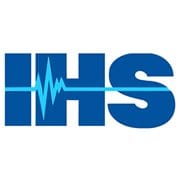 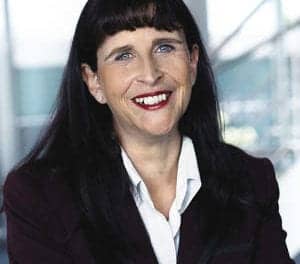 It May Be Mild, Slight, or Minimal, But It’s Not Insignificant