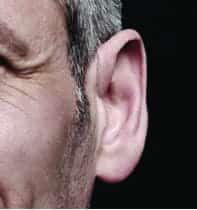 The type of sound processing that modern hearings aids provide to make speech more understandable for wearers may also make music enjoyment more difficult, according to a new study by the University of Colorado Boulder.

The findings, published in the journal Ear and Hearing, suggest that less sophisticated hearing aids might actually be more compatible with listening to music, especially recorded music that has been processed to change the way it sounds.

“Hearing aids have gotten very advanced at processing sounds to make speech more understandable,” said Naomi Croghan, who led the study as a doctoral student at CU-Boulder and who now works at Cochlear Americas in Centennial, Colorado. “But music is a different animal and hasn’t always been part of the hearing aid design process.”

Sound Processing for Speech vs Music

A frequent complaint among people who use hearing aids is that music can sound distorted, said Croghan, and it’s common for people to remove their hearing aids to listen to music.

Modern hearing aids use processing called “wide dynamic range compression,” which leaves loud sounds untouched but amplifies softer sounds. This kind of processing is useful for helping people with hearing loss follow a conversation, but it can distort music, which often covers a wider range of volumes than speech.

Adding to the distortion is the fact that recorded music commonly undergoes its own processing, known as “compression limiting,” which squeezes louder and softer sounds together into a narrower range, increasing the perceived volume. According to Croghan, too much compression limiting can affect the quality of music even for people with normal hearing, but it compounds the problem for hearing aid users.

“The recorded music is processed through multiple layers by the time the person with hearing loss actually hears it,” Croghan said.

The research team—which also included Professor Kathryn Arehart and Scholar in Residence James Kates, both in CU-Boulder’s Department of Speech, Language and Hearing Sciences—asked 18 experienced hearing aid users to listen to classical and rock music samples that ranged from being unprocessed to highly processed. The participants also used simulated hearing aids set at a variety of processing levels.

Regardless of which music sample the participants listened to, they generally preferred using the hearing aids with the simplest additional processing—essentially devices that just boost the volume. The participants also tended to prefer less processed music to more processed music. However, the level of processing of the music itself wasn’t as important as the type of hearing aid used for listener enjoyment.

“What’s interesting about this is that more is not necessarily better,” Arehart said. “If I am in a noisy restaurant and I want to hear the people at my table, then more processing may be better in order to suppress the background noise. But when listening to music, more processing may actually do more harm than good.”

Despite general agreement among study participants that less processing in the hearing aid was better for listening to music, individual preferences varied from person to person.

“When it comes to hearing, like a lot of things, the average result does not fit everyone,” Croghan said.

The study was funded by a grant from hearing aid manufacturer GN ReSound.