Another Risk to Hearing: Driving a Convertible

San Antonio — According to research out of Saint Louis University School of Medicine, Missouri, and The Ear Institute of Texas, San Antonio, your new Porsche 911 convertible may be e

xciting, but it can also damage your hearing.

The researchers tested five popular convertibles and drove with the top down and wind in their ears at various speeds and measured the decibel levels.

Sound level measurements in 80% of the cars at 55 mph with the top down had maximum sound recordings greater than 85 decibels. Exposure to noise above 85 dB for prolonged periods is not recommended, according to the US National Institute of Occupational Safety and Health. The higher the noise level, the shorter the recommended exposure time.

When the researchers revved up to 75 mph, the mean noise exposure inflicted on the driver of a convertible car driven with the top open was 89.9 decibels.

Not only was the mean noise exposure excessive with the top open, but the driver was also exposed to extreme noise "spikes" while driving on the highway, for example, when driving next to a motorcycle or truck.

The study used a sound level meter operated by a passenger in each car tested. The passenger took a series of eight to 10 sound level measurements at various points in the journey from the position of the driver’s left ear, at various speeds.

Drivers of convertible cars may also be exposed to additional noise when listening to the car radio. Even for comfortable listening, the radio volume levels required while driving under the conditions assessed in this study are likely to add significantly to the noise exposure level.

The good news is that when the top is closed, there is no more than minimal risk of excessive noise exposure above 55 mph.

The researchers therefore recommend that convertible drivers drive with the top closed when traveling for extended periods of time at speeds exceeding 55 mph or 85.3 kmph.

The full study is available online at http://journals.cambridge.org/mikulec 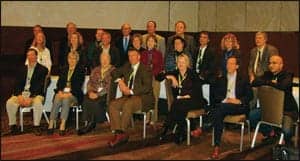