CMS Announces New Medicaid Definition for Audiologists
Washington, DC — As this issue of HR was going to press, the Centers for Medicare and Medicaid Services (CMS) published in the Federal Register (May 28, 2004) a new Medicaid definition of “qualified audiologist” that does not require audiologists to have the American Speech Language Hearing Association’s (ASHA) certificate of clinical competency (CCC-A) in order to provide Medicaid services, but does acknowledge the value of the CCC-A as a “recognized industry quality standard,” particularly for those states that do not license audiologists.

The change in definition should represent a victory for the American Academy of Audiology (AAA) and the Academy of Dispensing Audiologists (ADA) which have advocated for a definition change in order to bring more consistency between Medicare and Medicaid, while eliminating the mandate for “the C’s.” ASHA has also claimed victory, applauding the CMS for ensuring that Medicaid audiology services are provided by or are under the direction of qualified audiologists and reaffirming recognition of the CCC-A “as the basis for audiologist qualifications…The final rule mirrors the major policy issues advocated by ASHA that urged recognition of audiology as a separate profession, strengthening state licensure requirements to reflect the use of the CCC-A, and ensuring better supervision of audiology services by audiologists,” states ASHA.

Previous regulations required audiologists to hold a CCC -A from ASHA, or its equivalent, to furnish audiology services for Medicaid. However, Medicare revised its statutory requirements governing speech pathologists and audiologists by removing the requirement for CCC-A certification and placing primary reliance for determining provider qualifications on state licensure. Thus, in contrast to the Medicaid definition, Medicare defines an audiologist as an individual with a master’s or doctoral degree who is licensed by the state or who meets specific academic and clinical requirements if providing services in a state that does not license audiologists. This definition has been widely advocated by AAA and ADA to make both the Medicare and the Medicaid standards congruent with each other.

With the new Medicaid definition, ASHA certification is no longer mandated for Medicaid providers, but “the CCC-A is retained as one method by which individuals qualify to provide, or continue to provide, Medicaid audiology services,” reports CMS which has as one of its priorities flexibility for the various state laws. The new standards continue recognition of ASHA certification, says CMS, not only because the CCC-A designator is a “recognized industry quality standard,” but also because “it ensures continuity and reciprocity for those providers who are dually certified and/or currently enrolled in the Medicaid program by virtue of certification.” The new standards do not recognize the American Board of Audiology (ABA) certification.

The Federal Register notice, complete with a summary of comments and responses, can be accessed and downloaded at: http://www.access.gpo.gov/su_docs/fedreg/a040528c.html.

Legislation on Hearing Aids Continues
Washington, DC – A Bill recently introduced in Congress during April would require insurance coverage for hearing aids under the Federal Employees Health Benefits Program and private group and individual insurance. Representative Stephen Lynch (D-MA) introduced HR 4241, the “Helping America Hear Act of 2004,” which would mandated FEHBP insurers to cover hearing aids in the amount of $2000 per individual for 2 hearing aids once every 3 years. At press time, the bill had no sponsors and had not moved out of committee.

The bill has not been endorsed with the same enthusiasm from the hearing care community as the Hearing Aid Assistance Tax Credit (HR 3103 and SB 2055) sponsored by Congressman Jim Ryun and Senator Norm Coleman. In its white paper entitled, Addressing the Societal Costs of Hearing Loss and Issues in Third Party Reimbursement—which has the endorsement of AAA, AG Bell, ASHA, DRF, IHS and SHHH—the Hearing Industries Association (HIA) recommends support for a national hearing health care reimbursement policy (ie, like HR 3103 and SB 2055) that would enable consumers to purchase whatever hearing aid technology they choose, and allow them pay the difference between the actual price and the covered benefit. HR 4241 may not have the same freedoms relative to provider and hearing aid choice, and it has the potential to allow for a “closed provider network” that could limit access to advanced hearing aid technologies.

The hearing industry has been working to garner more support for HR 3101 and SB 2055 (see Staff Standpoint, p 8). Senator Coleman recently sent letters to colleagues enlisting their support for SB 2055, and on May 20th he introduced a resolution commending states that have implemented universal newborn hearing screening and recognized May as Better Speech and Hearing Month. Also in May, Congressman Ryun offered a 1-minute statement on the House floor in support of Better Speech and Hearing Month, the Hearing Health Accessibility Act (which would allow patients direct access to audiologists without physician referral), and for HR 3101.

For more information on this legislation, see HR’s April and May 2004 News. 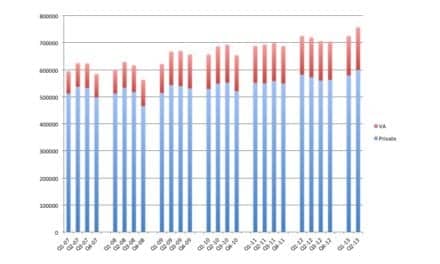 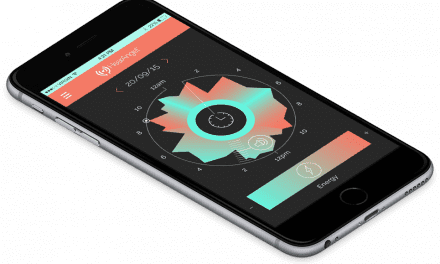 AAA News: Sona Is Now in "vogue" with New Line of Upgradable Aids