Leading hearing scientists presented information and discussed the latest findings on binaural hearing and its scientific, clinical, social, and economic implications during the International Binaural Symposium 2005 held in Manchester, United Kingdom, at the end of October. About 200 researchers and clinicians from Europe, North America, Asia, Australia, and Africa attended the conference, which marked the 25th anniversary of the landmark publication, Binaural Hearing and Amplification, by E.R. “Cy” Libby. The three-day symposium was organized by the Medical Research Council’s (MRC) Hearing and Research Group and was supported by Siemens Hearing Instruments, as well as the International Society of Audiology.

Far-Reaching Implications
According to research by Adrian Davis, PhD, a key organizer of the event and director of the MRC Hearing and Communication Group at the University of Manchester, there are about 560 million people with bilateral hearing impairment in the world, and that number is expected to grow to around 703 million by 2015. This equates to approximately 1 in 5 people in the more developed countries, and about 1 in 10 in the developing countries (with the larger countries developing their economies very rapidly). Taken together, this means that about 2 out of 3 hearing-impaired people on the planet live in developing nations. Davis says that, if one focuses on those for whom there is a general consensus for realizing sizable benefits from amplification, then as much as 8% of the world’s population would be hearing aid candidates (about 11% of the population in developed countries).

However, most people don’t seek hearing help, and fewer still receive a hearing instrument. In the UK, for example, Davis says that 3-4% of the population uses hearing aids, and only about half of these people use their aids most of the time. In the UK during the last 5 years, the National Health Service (NHS) has seen exceptional service upgrades—including the provision of two hearing aids—and these improvements have led to significant benefits for patients. “However, it has not been clear whether these benefits stem from bilateral fitting of hearing aids,” Davis says.

The answer to this and other questions concerning binaural hearing, benefit, and candidacy—particularly in the context of developing economies and vastly changing demographics with respect to aging—will profoundly influence the worldwide provision of hearing health care and its efficacy in the future.

Why Two Beats One
Presentations from over 25 of some of the world’s most respected researchers and clinicians provided a comprehensive and unique account of the advances made in research and technology relative to binaural hearing over the last quarter-century.

Faculty for the symposium included some of the world’s most accomplished researchers in hearing science.

“The symposium also highlighted the need for improved and harmonized scientific methods to evaluate the benefit of bilateral amplification and advanced signal processing features in hearing aids,” Davis says. “Traditional laboratory-based methods often do not adequately reflect the challenging environments of today’s workplaces and social life. Further research is urgently needed to show the benefits of personalized support from the new generation of hearing aids that are being made possible by miniaturization, by new approaches to making aids more comfortable, and by demonstrating the benefits of hearing instrument technology [immediately] in an initial appointment.” 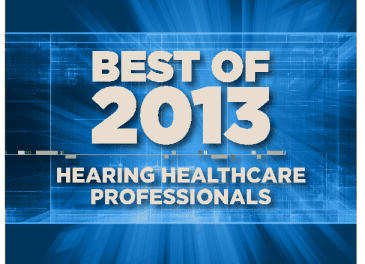 Overcoming Obstacles in the Purchase & Use of Hearing Aids