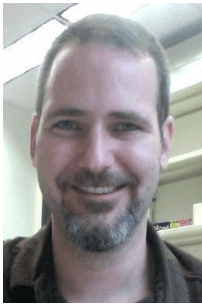 In the United States, almost three of every 1,000 children are born with a detectable level of hearing loss in one or both ears, according to the National Institute on Deafness and Other Communication Disorders (NIDCD). An early-stage researcher at Case Western Reserve University School of Medicine is receiving a major grant to help address the problem in an innovative way, the school announced.

Martin Basch, PhD, assistant professor of otolaryngology—head and neck surgery, has been named a recipient of a 2016 Hartwell Individual Biomedical Research Award. The award helps researchers pursue early-stage, cutting-edge biomedical pediatric research. With the award, Basch will pioneer the study of cell therapies to treat congenital strial deafness, with the goal of restoring hearing. 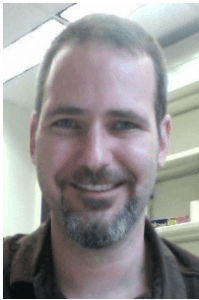 The 2016 award, which provides $300,000 in direct costs for 3 years, is being given to 12 recipients from 10 institutions nationally. The Hartwell Foundation is a Memphis, Tennessee-based philanthropic institution that funds innovative biomedical research to benefit children of the United States.

“I want to express my gratitude to The Hartwell Foundation for recognizing the important work of Dr Basch and providing generous support for his future critical discoveries,” said Lynn Singer, PhD, deputy provost and vice president for academic affairs at Case Western Reserve University. “The Foundation’s commitment to supporting the next generation of pediatric researchers is paving the way for better health outcomes for children everywhere.”

With the grant, Basch will focus on developing a therapeutic approach for restoring hearing using a model of congenital strial deafness. Normal hearing requires the proper development of the cochlea, the hearing portion of the inner ear. The cochlea includes the auditory organ that contains the sensory hair cells responsible for sound detection and the stria vascularis, the “battery” that provides the energy for auditory hair cells to function.

“Although 30 to 40 percent of congenital hearing loss is accounted for by defects in the stria, the regenerative potential of this complex tissue has been largely unexplored,” Basch said. “Over the past decade, considerable and important efforts have been made to understand the biology of the sensory hair cells in the mammalian cochlea, with the aim of applying the principles of embryonic development to regenerative therapies. I will be adding a new focus on the stria vascularis to this vital work.”

Basch’s hypothesis is that specialized cells isolated from the stria vascularis which have not fully differentiated and still preserve many characteristics from their progenitor cells retain the ability to differentiate into functional mature intermediate cells. He will research if such stem cells will restore hearing when injected into the lateral wall of the cochlea in a strial deafness mouse model.

“If we are successful,” Basch said, “it should be possible to generate equivalent human cell lines and conduct clinical trials, with the potential to benefit the large number of children affected with severe hearing loss due to defects in the stria.”

In addition to the Individual Biomedical Research Award, Case Western Reserve qualified for a Hartwell Fellowship of $100,000 to support a postdoctoral candidate for 2 years. CWRU will select its recipient later this spring. Case Western Reserve has seven other faculty members who are current or former Hartwell investigators:

Basch, a native of Buenos Aires, Argentina, earned his doctorate in 2004 at the California Institute of Technology and joined the Department of Otolaryngology at CWRU School of Medicine in May 2015.