Diana D. Bender, PhD, a person with hearing loss and a longtime hearing advocate, has been elected president of the Board of Trustees of the Hearing Loss Association of America (HLAA). Bender, who

lives in from Phoenixville, Pa, officially assumed her role at HLAA’s Convention 2012 in Providence, RI, in June.

Bender was diagnosed with progressive hearing loss at the age of 10. She began wearing a hearing aid at the age of 15 and received a cochlear implant in 2004. However, having hearing loss never stopped Bender from having a family and pursuing a professional career as an organic chemist and researcher.

Bender graduated in 1961 from Bucknell University in Lewisburg, Pa, with a bachelor of science degree in chemistry. She received her master’s and doctoral degrees in organic chemistry at the University of Munich, in Munich, Germany, and investigated new cancer drugs as a postdoctoral fellow in the laboratory of Dr K.C. Tsou at the University of Pennsylvania from 1968 until 1970.

Bender has also worked as a postdoctoral fellow with Nobel Prize winner Dr Richard Heck at the University of Delaware. She retired in 2001 as a research chemist and product manager in the Agricultural Products division of Rohm and Haas Company.

In addition to her professional and academic achievements, Bender has been a member of HLAA since 1995; she served as president of the Montgomery County Chapter in Lafayette Hill, Pa, from 1997 to 2001, has been the editor of that chapter’s newsletter since 1997, and has participated in many other HLAA initiatives. Prior to being elected president, she began serving on the HLAA Board of Trustees in 2009 and was elected secretary in 2010.

Bender commented in the press release, "I am deeply honored and humbled to have been chosen to serve as president of the HLAA Board of Trustees for the next 2 years. I look forward to working towards the day when Rocky Stone’s vision of opening the world of communication to people with hearing loss through information, education, advocacy, and support becomes a reality, not for just a few, but for all people who have a hearing loss." 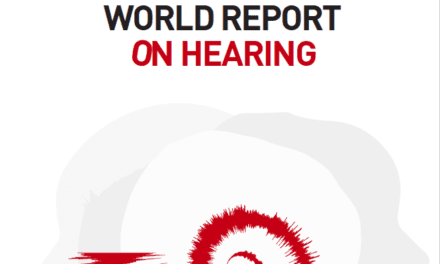