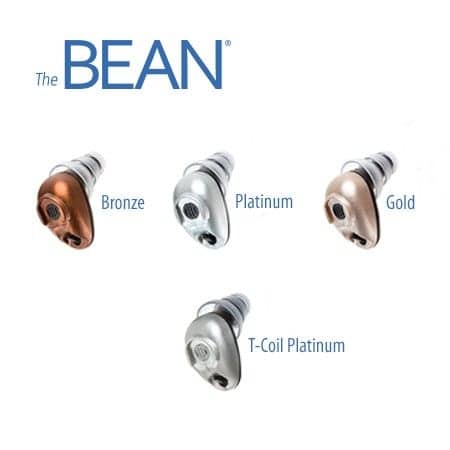 Hearing health product developer and manufacturer, Etymotic Research, Elk Grove, Ill, introduced a Quiet Sound Amplification (QSA) device in 2014 called “The Bean,” which is intended to provide high fidelity sound amplification at a relatively low cost. The Bean is considered a personal sound amplification product (PSAP), which is different from a hearing aid. Like other PSAPs, The Bean is not subject to state or federal regulations, and is available without medical referral or prescription. Sold on the company’s website, as well as by Amazon.com and select retailers and hearing professionals nationwide, The Bean reportedly has a slim profile that can be worn completely in the ear.

The Bean is designed to enhance soft sounds so that speech can be heard more clearly, while allowing louder sounds to pass through. According to Etymotic, best results are achieved when The Bean is worn in both ears, and should be used like a pair of reading glasses: only when needed. The company says The Bean product is ready to wear right out of the box, and is priced at $375 each, or $700 per pair. It uses analog processing, which allows for natural sound and low battery drain. The ready-fit ear tips supplied with the product are said to be comfortable for extended wear.

The circuitry in The Bean incorporates a patented low-distortion output amplifier, along with all the same features of the original K-AMP® circuit first described 30 years ago by Etymotic’s founder, Mead Killion, PhD, an engineer and professor of audiology. The K-AMP circuitry, said to produce high sound quality, is described by the company as “the engine of The Bean.”

The Bean and K-AMP circuitry were previously mentioned in The Hearing Review via a July 2014 article from Marshall Chasin, AuD, that covered technology and amplification for listening to music.