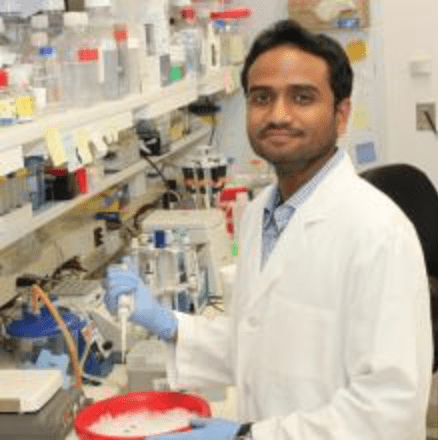 Researchers at the National Eye Institute (NEI), part of the National Institutes of Health, have identified the genetic underpinnings of a rare disorder that causes children to be born with deafness, blindness, albinism, and fragile bones, NEI announced. The newly recognized syndrome, COMMAD, affects children who inherit two mutations of a gene—one from each parent—each of whom is deaf due to another rare, genetic disorder called Waardenburg syndrome 2A. A paper documenting the first recognized cases of COMMAD appears in the American Journal of Human Genetics. The identification of COMMAD and its genetic cause is reportedly important because intermarriage within the deaf community is relatively common, and people who are deaf may not know that their deafness is associated with Waardenburg 2A. Researchers advise prospective parents who are both deaf to consider genetic counseling prior to conceiving a child. Should both individuals have Waardenburg 2A, they risk passing mutated versions of a critical gene to their child, resulting in COMMAD, said the paper’s lead author, Brian P. Brooks, MD, PhD, NEI clinical director, and chief of the Pediatric, Developmental, and Genetic Ophthalmology Section.

The vast majority of Americans born deaf do not have Waardenburg syndrome 2A, which, in addition to hearing loss, is associated with premature graying of the hair, blue eyes, fair skin, and sometimes vision problems. A comprehensive dilated eye exam may detect eye abnormalities that suggest the need for genetic testing to rule out Waardenburg 2A.

In the paper, Brooks describes two unrelated cases of children born with COMMAD, which stands for coloboma (a condition where normal tissue in or around the eye is missing), osteopetrosis (abnormally dense bones that are prone to fracture), microphthalmia (small or abnormally formed eyes), macrocephaly (abnormal enlargement of the head), albinism (lack of melanin in the skin, hair, and eyes), and deafness. Both children described in the paper are blind due to eye malformations. Children with COMMAD require close supervision, and communicating with them involves tactile methods such as a hand-touch alphabet.

The two children in the study had inherited from each parent mutated versions of a gene called MITF, which stands for microphthalmia-associated transcription factor. Future research is needed to understand the role of MITF during early development and how mutations in this gene result in the development of Waardenburg syndrome 2A, or COMMAD.

The work was supported by the intramural research program of the National Eye Institute.

NEI leads the federal government’s research on the visual system and eye diseases and supports basic and clinical science programs that result in the development of sight-saving treatments and address special needs of people with vision loss. For more information, visit www.nei.nih.gov.

NIH, the nation’s medical research agency, includes 27 Institutes and Centers and is a component of the U.S. Department of Health and Human Services. NIH is the primary federal agency conducting and supporting basic, clinical, and translational medical research, and is investigating the causes, treatments, and cures for both common and rare diseases. For more information about NIH and its programs, visit www.nih.gov