Genes for Speech Not Limited to Humans 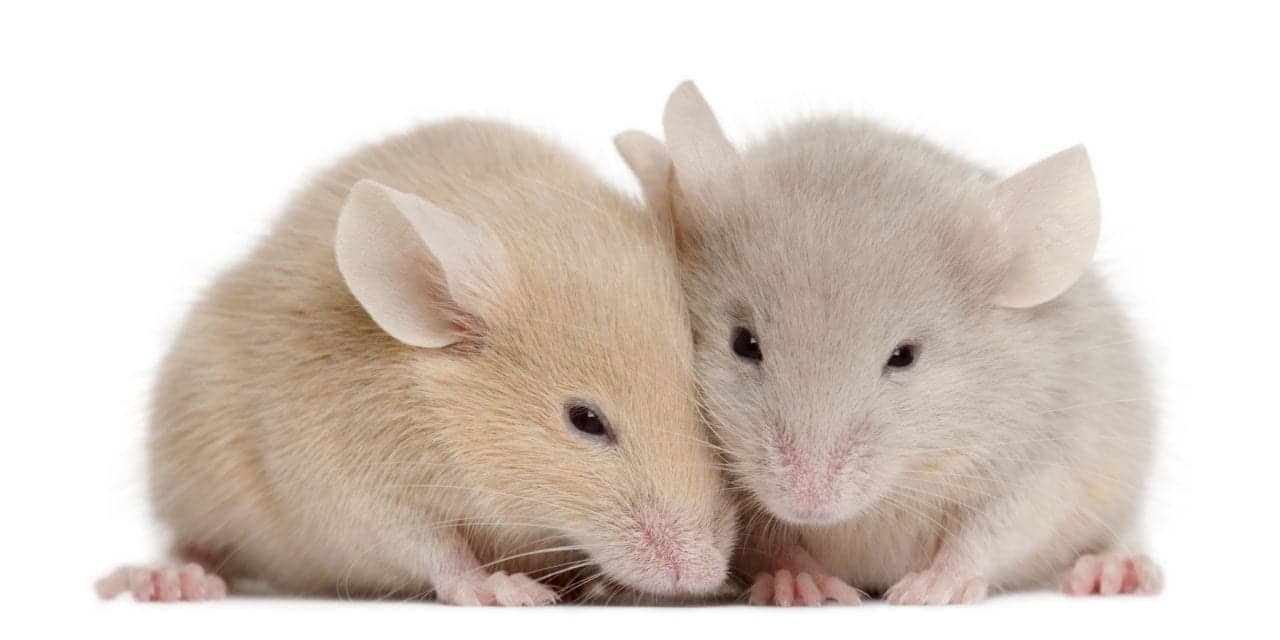 According to a study published online October 20, 2016 in Frontiers in Behavioral Neuroscience, our current understanding that mice have either no, or extremely limited, neural circuitry and genes like those that regulate human speech is incorrect. The study found that the FOXP2 protein, which regulates speech production in humans, also affects vocalization patterns in mice. Jonathan Chabout, PhD, is the lead author of the paper, and the principal investigator is Erich D. Jarvis, PhD, of Duke University. Jarvis and colleagues report the results of their investigation into the effect of a genetic mutation in the Forkhead box protein #2 (FOXP2) on the vocalization patterns of adult male mice. Individuals with deficiencies in FOXP2 protein have difficulty forming complex syllables and complex sentence construction. Although mice are unable to communicate using speech in the same way as humans, they do vocalize as a means of communicating with each other. Therefore this study sought to determine whether FOXP2 deficiencies have similar consequences for communication in mice as they do in humans–and they do.

Jarvis suggests that this study supports the “continuum hypothesis,” which is that FOXP2 affects the vocal production of all mammals and not just humans. His team investigated 26 male mice bred to have a FOXP2 mutation—the same mutation as that found in humans with speech deficits. They also studied 24 “wildtype” male mice—those with a normal level of FOXP2 protein). Both types of male mice (the heterozygous mice containing the FOXP2 mutation and the wildtype mice) were placed in several unique contexts. In these various social contexts, healthy males produced differences in the sequence and duration of the ultrasonic vocalizations (USVs), which are high-pitched sounds that mice make (inaudible to humans). The investigators wished to determine if there was an effect of a FOXP2 deficiency on the communication patterns of mice.

The results showed that the FOXP2 heterozygotes have difficulty producing the complex vocal communication patterns that wildtype mice can create with ease—as measured both by syllable length and the number of unique syllables produced over time. These divergences are particularly strong when comparing the communication of FOXP2 heterozygotes and wildtype males while in the presence of active female mice. In this context, the wildtype males were 3 times as likely as heterozygotes to produce the most complex syllable types and sequences available for review. The research team performed intricate statistical analyses to validate this finding, and their conclusion held true.

Following the conclusion of all recordings, the researchers used a process known as transsynaptic tracing from vocal larynx muscles to compare the vocal brain regions of wildtype and heterozygote FOXP2 mice. This revealed that the heterozygote’s vocal motor neurons were more widely distributed across the cortex than was the case for wildtype mice. This evidence suggests that the FOXP2 mutation affects both the placement and functioning of the neurons connected to effective communication, from mice all the way to humans.

Prior research has shown a more limited role for FOXP2 than what is now becoming apparent. As Jarvis observes, “We believe that FOXP2 already had a pre-existing role in regulating vocal communication before human language evolved.”

Research and Markets: The Global ENT Devices Market to Grow At A Cagr Of 7.37 Percent over the Period 2012-2016