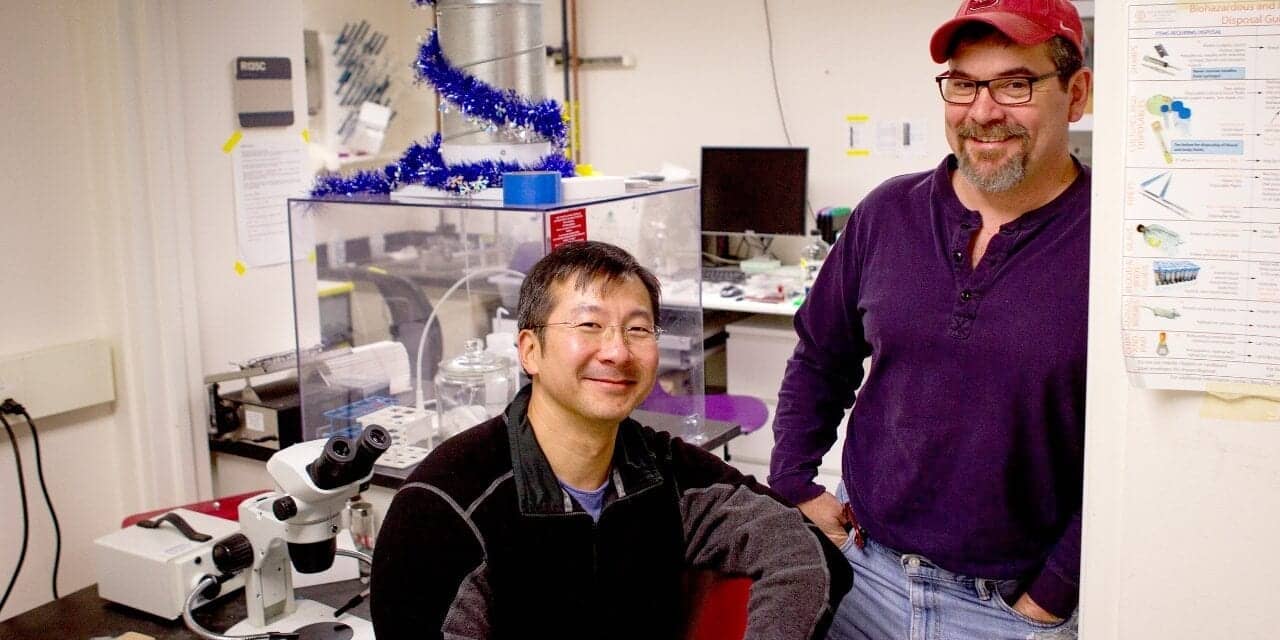 This article was written by Stanford Medicine

A Stanford Medicine-led study has found that a subtype of popular antibiotic could pose a smaller risk of hearing loss yet still be powerful at fighting off bacterial infections. An article summarizing the research appears on the Stanford Medicine website.

Gentamicin is used in US hospitals to treat a variety of bacterial infections, including infections in newborns and in other susceptible patients, such as those with cystic fibrosis. It’s a popular drug in developing countries because it is highly effective and inexpensive. Yet researchers estimate that up to 20% of patients who are treated with it experience some degree of irreversible hearing loss.

Now, researchers have found a relatively inexpensive way to reformulate the drug, which belongs to a class of antibiotics called aminoglycosides, that could make it safer. Their findings were published December 7 in the Proceedings of National Academy of Sciences (PNAS).

“We’ve developed a simple method of reformulating the drug that should be put to use as soon as possible,” Ricci said. The researchers will be writing to the Food and Drug Administration to recommend changes to the organization’s requirements for how drug companies make gentamicin.

“Currently, the FDA’s instructions for how to make aminoglycosides are making people go deaf,” Ricci said.

Aminoglycosides have been in use since the 1950s. The drugs don’t need to be refrigerated, which keeps the costs of storing them low. Despite new antibiotics, their use remains commonplace as they are cheap and potent.

“These drugs are used because they save a lot of lives,” Ricci said. “We’ve stopped paying attention to their toxic side effects because living with hearing loss is better than dying.”

The gentamicin used in hospitals today is a mixture of five different subtypes of the antibiotic grown together in the same mixture. The mixture also includes as much as 10% impurities. Using methods such as high-performance liquid chromatography and nuclear magnetic resonance imaging, the researchers tried to figure out how to chemically separate each of the subtypes. Once the researchers established methods of separating the different parts of the mixture, they tested these various subtypes of gentamicin individually on inner-ear tissues taken from rats. They identified the least toxic subtype as C2b, and the most toxic as sisomicin. Both C2b and sisomicin showed the same highly effective antimicrobial properties as the mixture as a whole. The researchers also found that by removing impurities from the mixture, toxicity to the ear tissue was reduced.

“What this study shows is that the formulation that is currently in a hospital bottle of gentamicin is not optimized,” Ricci said. The ingredients are required by both federal and international law; one of those is sisomicin, the subtype found to be most toxic to the ear tissue.

“If we just use the subtype that’s less toxic or change the formulation of this bottle, we can make the drug much less ototoxic,” Ricci said, referring to harm to the inner ear. Given that the subtypes are all approved by the Food and Drug Administration, new formulations don’t necessarily need to be retested in humans and could get to patients fast.

The researchers are also working on plans to create a new aminoglycoside that could further reduce the risk of hearing loss, Ricci said. They’ve discovered that the inner-ear toxicity of the various subtypes highly correlates with the way they bind to the ion channels that open to the inner ear.

“This discovery lays the groundwork for the discovery of safer antibiotic alternatives and future drug development,” he said.

Other institutions that contributed to the study were NANOSYN Inc in Santa Clara, California, Thermo Fisher Scientific in San Jose, and the University of Bern in Switzerland.

This work was supported by a grant from the National Institutes of Health (RO1DC014720).

A Stem Cell Cure for Deafness?