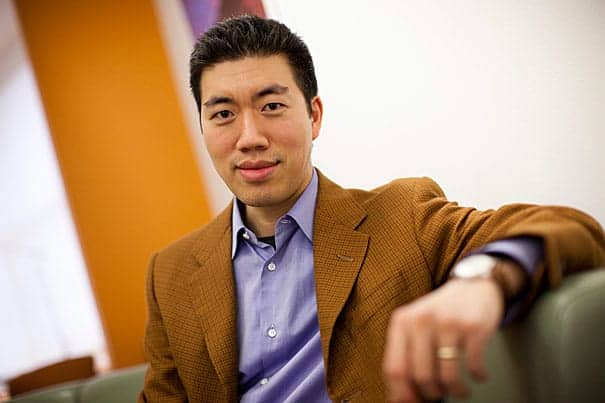 Scientists at Harvard develop a system of genome-editing protein delivery that could treat or help cure many genetic diseases, including one linked to deafness.

According to an article in the October 2014 issue of Nature Biotechnology and a report from Harvard University, a Harvard research study has shown that life sciences technology can be used to modify or edit genes in living animals. The focus of the research study is on genome-editing proteins that can be programmed to alter specific genes responsible for genetic diseases with the aim of developing advanced therapeutics, and even cures.

A key challenge the Harvard research team grappled with was how to get the genome-editing proteins into the appropriate cells where the genome modification would need to take place. They investigated options for a DNA delivery strategy that would be safe and effective in living animals and human patients, finally arriving at an approach they think will work. Previous delivery strategies that had been explored in other studies, such as introducing corresponding genes that would encode the genome-editing proteins or introducing viruses that would inject DNA into cells, had been deemed ineffective or unsafe for use in human patients.

The Harvard research team, led by chemistry and chemical biology professor, David Liu, PhD, is developing a system that uses more direct delivery methods of the genome-editing proteins. Dr Liu, with help from Drs John Zuris, David Thompson and others, are looking at cationic lipids—a class of long molecules that carry a positive charge at one end, and can more efficiently introduce the genome-editing proteins into cells.

“Current drugs that treat genetic diseases cannot address the root cause of the disease,” said Liu. “Thanks to recent discoveries by scientists around the world, we now have genome-editing proteins that can do [that], but the challenge is that these proteins, like virtually all proteins, do not enter cells spontaneously.”

According to Dr. Liu, the group’s article on their Harvard study describes a method that potently delivers genome-editing proteins into cells. The group observed efficient genome modification using this method in cultured cells, and also in living animals. While this new method will likely not work for every patient, Dr. Liu believes that it could offer hope for many patients who suffer from a range of genetic diseases, including one linked to deafness.

Liu and his colleagues worked with Zheng-Yi Chen, an associate professor of otology and laryngology at Harvard Medical School and researcher at Massachusetts Eye and Ear Infirmary, to test the new gene-modification system in specialized “hair cells” in the inner ears of mice.

Rather than relying on positively charged proteins as a method for delivering the proteins into the cells (or cell compartments called endosomes), as previous studies have done, Liu and colleagues developed a method that mimics the way scientists deliver nucleic acids like DNA and RNA into cells. This method uses positively charged molecules called cationic lipids, which bind with negatively charged nucleic acids to form structures called liposomes. Once formed, there are then two avenues for liposomes to deliver their contents into a cell. According to the study article, the liposome may either fuse with the cell’s membrane, releasing its contents, or may be taken in as an endosome and, if the liposome and endosome membranes fuse, it can release its contents that way.

Worth noting is that the team’s new system, when applied to the delivery of genome-editing proteins, results in target gene modification that is at least as efficient as the best results they observed from the delivery of DNA encoding genome-editing proteins. Liu and colleagues showed that the specificity of genome editing—how accurately the targeted genes are modified versus modification of other sites in the human genome—was much higher from protein delivery than from DNA delivery.

“Following DNA delivery, the encoded proteins can be expressed in difficult-to-regulate amounts for long periods of time,” Liu said. “There has always been a mismatch between DNA delivery and the desired outcome of genome editing. In genome editing, the mission is to fix one or two copies of a gene. After a genome-editing protein finishes that mission, you want it to go away, because the only things it can do after that point are undesired and possibly harmful. So protein delivery, which is transient and short-lived, seemed to be a better match than DNA delivery for most genome-editing applications.”

Dr Liu and colleagues hope that this new protein delivery approach will help advance the genome-editing field to realize the therapeutic potential of these proteins to address genetic diseases.

Obesity During Adolescence May be Associated with Risk of Hearing Loss