Researchers at the House Ear Institute (HEI), Los Angeles, have found a clue in their search for potential therapeutic targets to regenerate sensory hair cells in the inner ear to restore hearing.

Scientists Neil Segil, PhD, and Andy Groves, PhD, discovered that a gene called p27Kip1 blocks the process of sensory cell regeneration in the mouse inner ear (cochlea). Their study identified and tracked the gene through a new research approach that for the first time purified and characterized in isolation the supporting cells that might have the capacity to divide and generate new hair cells in the deafened ear.

While sensory cells in the cochlea of birds and other lower vertebrates have the ability to regenerate after being deafened, the sensory cells in the cochlea of humans and other mammals cannot. Researchers in the hearing health field have long investigated possible methods for stimulating hair cell regeneration in humans as a cure for many forms of deafness. Currently, there is no cure for sensorineural hearing loss.

“It’s been suspected for a long time that supporting cells will be the key to hair cell regeneration in humans, but this is the first study to really test the ability of supporting cells to divide and turn into hair cells,” Groves says. “These study results don’t lead directly to the cure for deafness, but they reveal the challenges we’ll have to overcome if hair cell regeneration is ever to become a reality.”

“In addition to showing that mammalian auditory supporting cells can turn into hair cells we’ve also identified one of the key obstacles that prevent supporting cells in the damaged inner ear from dividing,” Segil says. “Our study suggests that p27Kip1 is one culprit preventing cell division, and this raises the potential for therapeutically switching it off so that it can’t block this necessary part of the regeneration process in the inner ear.”

The investigators used newly developed techniques to identify and purify supporting cells from mice to test whether they have the capacity to divide, and for how long this capacity persists as mice get older. They found that in newborn mice, p27 was switched off when the cells were grown in a culture dish, and this allowed the supporting cells to divide and make hair cells. In older, 2 weeks old mice, p27 was not switched off and thus, cell division was blocked, However, when cells were taken from 2 weeks old mice lacking p27, they were once more able to divide and make hair cells. These experiments identified p27 as a block to regeneration and therefore, a possible target for therapy.

Segil and Groves are senior authors of a paper outlining the methods and outcomes of this study published in the June 22, 2006, issue of Nature magazine. The study was funded by a 5-year grant from the National Organization for Hearing Research, Narberth, Pa.

For more information on the authors’ work, see the January 2000 HR by Groves and Segil, “The Challenge of Hair Cell Regeneration” (p 23). 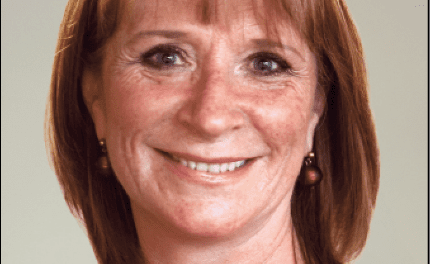