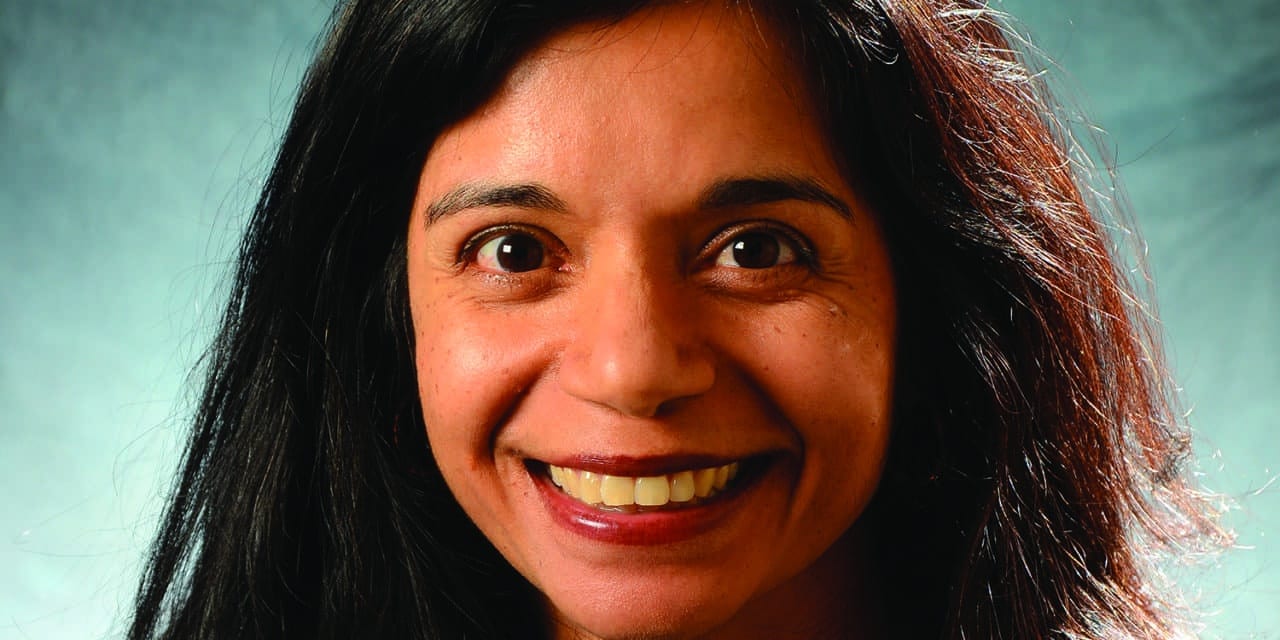 Inside the Research | April 2020 Hearing Review

Anu Sharma, Hannah Glick, and colleagues at the University of Colorado Boulder have become well known for their studies of cross-modal plasticity of the brain and cortical resource allocation as it relates to hearing loss. These topics have huge implications for both audiology and neurology, because they address how auditory deprivation and/or restoring auditory signals via amplification may quite literally change the brain’s processing centers. In February, Drs Glick and Sharma published an extremely important paper for our field, so we wanted to get more information about their new research findings.

Beck: Hi Anu! It’s always a joy to catch up with you!

Sharma: Hi Doug. Thanks again for your interest in our work.

Beck: My pleasure. The last time we did an interview for the Hearing Review was in 2017 when we explored your work regarding cross-modal recruitment.1 You and Hannah Glick were also kind enough to contribute to a special issue of HR dedicated to audiology and neuroscience that I guest-edited in July 20182 in which you described some of your research into cortical neuroplasticity.

Your research definitely supports the idea that brain changes occur secondary to hearing loss—and we’ve known this for decades. However, specifically, your work shows the brain changes and cortical re-organization occurs even with mild sensorineural hearing loss (SNHL).1,2 That is, the human brain re-organizes itself when coping with even a mild SNHL. Further, you showed that some of these changes might be reversed with excellent and timely hearing aid amplification.

Sharma: Yes, that’s correct. At that time we had only preliminary evidence that when some people wore hearing aids, they demonstrated a reversal of cross-modal recruitment, and those people did very well with speech-in-noise tasks. But we now have more concrete evidence based on our new study that was just published.

Beck: And that’s the new peer-reviewed article you and Hannah Glick published in the February 18th edition of Frontiers in Neuroscience titled “Cortical Neuroplasticity and Cognitive Function in Early-Stage, Mild-Moderate Hearing Loss: Evidence of Neurocognitive Benefit From Hearing Aid Use.”3

This is incredibly exciting and fascinating work! You measured cortical visual evoked potentials (CVEPs), cognitive function, and speech perception abilities in 28 adults with untreated, mild-moderate age-related hearing loss (ARHL) and 13 age-matched normal-hearing (NH) controls. High-quality, premium, professionally fitted bilateral hearing aids were fitted to the people with ARHL, and they were re-evaluated after 6 months of amplification use. I should note that participants were fitted and programmed to meet NAL-NL2 gain and output, and each participant’s fitting was verified via real-ear probe-mic measures.

So, Anu, what was the typical audiologic profile of the 28 people with ARHL?

Sharma: On average, the ARHL group demonstrated a mild sloping to moderate hearing loss, while the NH group demonstrated clinically normal hearing thresholds. Of note, after the ARHL participants received their hearing aids, they were required to wear their devices at least 5 hours daily for 6 months. Of the original 28 participants in the ARHL group, we were able to use data from 21 who completed the study. Their average age was 64 years.

Beck: And to be clear, the average daily use of amplification for the ARHL participants turned out to be about 10 hours daily.

Sharma: That’s correct. And, as we found in 2017, cross-modal reorganization secondary to hearing loss was apparent at the initial evaluations for many of the 28 people in the ARHL group. Specifically, before being fit with hearing aids, they exhibited more extensive recruitment of auditory, frontal and pre-frontal cortices during a visual motion processing task than the NH control subjects, providing evidence of cross-modal re-organization and compensatory cortical neuroplasticity. Further, more extensive cross-modal recruitment of the right auditory cortex was associated with greater degree of hearing loss, poorer speech perception in noise, and worse cognitive function.

Beck: And then, after 6 months of hearing aid use, what did you find?

Sharma: Following clinical treatment with hearing aids, a reversal in cross-modal re-organization of auditory cortex by vision was observed in the ARHL group (see Figure 1). Further, the reversal of cross-modal reorganization coincided with gains in speech perception and cognitive performance.

And so, the outcomes from this study provide evidence that clinical intervention with high-quality premium hearing aids may promote more typical cortical organization and functioning, and provide cognitive benefit.

Beck: So, is it fair to say…Prior to wearing hearing aids, the people with ARHL had less auditory stimulation, because their hearing loss prevented the typical complement of sound from reaching their brains (specifically, the superior temporal lobe), and so other areas of the brain started to use the “unused” anatomy where sound is typically processed, and that is called “cross-modal reorganization.” That is, in your study, it was visual information which was starting to be processed in the traditional auditory areas of the brain?

Beck: And further, as the patients’ brains became more accustomed to perceiving all the sounds after they were fitted with high-quality, premium, expertly fitted hearing aids, it seems their brain “re-organized” back towards their original state?

Sharma: Yes. Cross-modal re-organization is a form of cortical compensation observed in deafness and lesser degrees of hearing loss, whereby the auditory cortex is recruited or “re-purposed” by intact visual and somatosensory modalities. The outcomes from this study provide evidence that clinical intervention with well-fitted amplification may promote more typical cortical organization and functioning, and provide cognitive benefit.

Beck: That is very impressive. But to be clear, your conclusion is that you have evidence that these things can happen, and in your study did happen. However, as always, you’ve been careful not to claim that “hearing aids will reverse or slow down the secondary negative cognitive effects of hearing loss.”

As we know beyond the well-known negative effects of ARHL on communication, quality of life, physical functioning, and psychosocial status,4 ARHL has also been linked to cognitive decline. In fact, we are quite certain of this because large-scale epidemiological studies indicate a strong association between ARHL and risk for mild cognitive impairment and dementia,as well as accelerated decline in cognitive function over time.5 However, although there is a lack of strong evidence on the long-term protective effects of clinical treatment of hearing loss on cognitive function, hearing loss is a potentially modifiable risk factor for cognitive decline,6 warranting further investigation from a public health perspective.

Sharma: Correct. We don’t know if that is true right now. We need to learn more about the mechanisms of neural plasticity, cross-modal re-organization, and the neural correlates of cognitive decline in ARHL. Additionally, we need more longitudinal evidence which confirms these initial positive results—which is why we are currently conducting these studies.

What we can say right now is that, in our study, we did see that performance on specific measures of cognition (like the MOCA, visual working memory, processing speed, and executive function) showed improvement after 6 months of hearing aid use.

Beck: And some of this might have been predicted from the Livingston et al6 study published in the Lancet in 2017. Those authors specifically addressed the question, “What causes dementia?” They said about two-thirds of all dementia is based on DNA, and is therefore not modifiable. However, hearing loss was one of the nine behavioral risk factors leading to dementia which is modifiable. In their study, they stated hearing loss was the most significant modifiable factor—with a population attributable factor (PAF) of 9%.

So, if you were to summarize your findings in a few sentences, what would you say?

Sharma: That is quite a challenge! But OK. I would say that visual cross-modal re-organization in the ARHL group was present and associated with their degree of hearing loss and poorer auditory speech perception outcomes. More extensive cross-modal re-organization in the ARHL group at baseline was also associated with poorer cognitive performance in the domains of global cognitive function, executive function, processing speed, and auditory and visual working memory.

After 6 months of clinical treatment with well-fit hearing aids, reversal of the cross-modal recruitment of auditory cortex for visual processing in the ARHL group occurred and coincided with gains in auditory speech perception abilities and improvements in global cognitive function, executive function, processing speed, and visual working memory performance.

Beck: Fascinating work, Anu. I congratulate you and Hannah Glick on this decisive development and an excellent publication!

About the author: Douglas L. Beck, AuD, is the Vice President of Academic Sciences at Oticon Inc, Somerset, NJ. He has served as Editor in Chief at Audiology Online and as Web Content Editor for the American Academy of Audiology (AAA). Dr Beck is an Adjunct Clinical Professor of Communication Disorders and Sciences at the State University of New York, Buffalo, and also serves as Senior Editor of Clinical Research for The Hearing Review’s Inside the Research column.

Correspondence can be addressed to Dr Beck at: [email protected].

Original citation for this article: Beck DL. How might the brain change when we reintroduce sound? Interview with Anu Sharma, PhD. Hearing Review. 2020;27(4)[April]. In press. 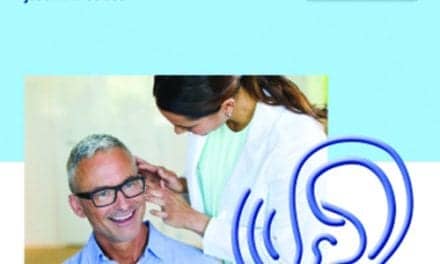