It is relatively common for listeners to "hear" sounds that are not really there. In fact, it is the brain’s ability to reconstruct fragmented sounds that allows us to successfully carry on a conversation in a noisy room. Now, a new study helps to explain what happens in the brain that allows us to perceive a physically interrupted sound as being continuous. The research, published by Cell Press in the November 25 issue of Neuron, provides insight into the constructive nature of human hearing, says a statement from the publisher.

"In our day-to-day lives, sounds we wish to pay attention to may be distorted or masked by background noise, which means that some of the information gets lost. In spite of this, our brains manage to fill in the information gaps, giving us an overall ‘image’ of the sound," says senior study author, Lars Riecke, Department of Cognitive Neuroscience, Maastricht University, The Netherlands. Riecke and colleagues were interested in unraveling the neural mechanisms associated with this auditory continuity illusion, where a physically interrupted sound is heard as continuing through background noise.

The researchers investigated the timing of sensory perceptual processes associated with the encoding of physically interrupted sounds and their auditory restoration, respectively, by combining behavioral measures where a participant rated the continuity of a tone, with simultaneous measures of electrical activity in the brain. Slow brain waves called theta oscillations, which are involved in encoding boundaries of sounds, were suppressed during an interruption in a sound when that sound was illusorily restored. "It was as if a physically uninterrupted sound was encoded in the brain," says Riecke. This restoration-related suppression was most obvious in the right auditory cortex.

Taken together, the findings reveal a novel mechanism that enhances our understanding of the constructive nature of human hearing, says the statement. "Our results revealed that spontaneous modulations in slow evoked auditory cortical oscillations may determine the perceived continuity of fragmented sounds in noise," says Riecke. The suppressive effect was present before an illusorily filled gap and reached maximum shortly after the gap’s actual onset, suggesting that the mechanism may work rapidly or anticipatorily and thereby facilitate stable hearing of fragmented sounds in natural environments. The authors also suggest that their results might inspire future design of devices to assist people with hearing deficits. 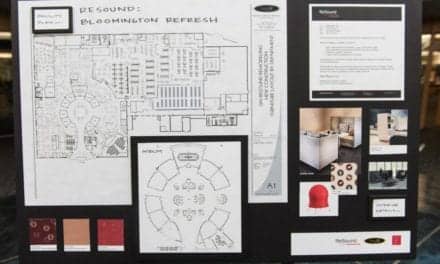 Riding the Subway May be Harmful to Our Hearing, Says Health Journal