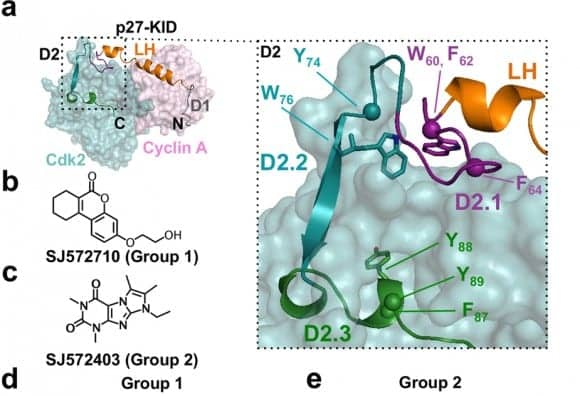 A team of scientists at St. Jude Children’s Research Hospital has identified a small molecule that inhibits the function of a “disordered” protein that helps to regulate cell division. When inhibited, this protein may aid in the regeneration of sensory hair cells in the inner ear to restore hearing.

The research study at St. Jude was described in an article featured in the October 28, 2015 edition of Scientific Reports. As explained by the authors, the protein p27 is among the estimated one-third of human proteins called intrinsically disordered proteins (IDPs) that do not spontaneously fold into specific 3-D shapes. Disordered proteins are implicated in a wide range of diseases, including diabetes and neurodegenerative disorders, but so far drug-development efforts have failed. Most drugs work by binding to proteins’ stable 3-D shape, which disordered proteins lack. P27 helps to regulate cell division; reduced levels of the protein are associated with the spread of breast and other cancers. There is evidence that there can be benefits to inhibiting p27, particularly to aid regeneration of sensory hair cells of the inner ear to combat hearing loss. The authors report that the results of this study also raise hopes about the use of disordered proteins for drug development.

The p27 protein works by binding to an enzyme and forming a complex that blocks cell division. This type of regulation is necessary to keep cells in check when not otherwise instructed to divide. In this study, the St. Jude researchers used NMR spectroscopy to identify 36 small molecules that bind to two different but partially overlapping regions of p27 where the protein binds to the enzyme. NMR spectroscopy uses magnetic properties of atoms to discover structural details of different molecules and especially how they interact with one another. One of the small molecules in this study inhibited p27 function in biochemical assays, demonstrating in principle that small molecules can disrupt and possibly regulate function of disordered proteins. 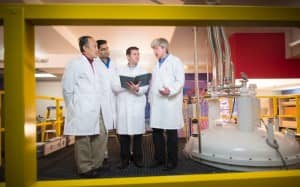 “The thought had been that small molecules would not bind specifically to disordered proteins,” said co-corresponding author Richard Kriwacki, PhD, a member of the Department of Structural Biology at St. Jude. “This study demonstrates that small molecules identified by screening a library of compounds not only bind to a disordered protein, but sequester and inhibit the protein’s activity.”

The researchers have begun work to engineer a compound that forms a stronger bond and encompasses the p27-enzyme binding site. “The concept of p27 inhibition as a possible strategy for hair cell regeneration has been around for more than 15 years, but until now no one has been able to do it,” said co-corresponding author Jian Zuo, PhD, a member of the St. Jude Department of Developmental Neurobiology, who studies hair cell regeneration. “I knew Richard was an authority on intrinsically disordered proteins like p27, so I approached him; and he came up with the innovative idea of screening small molecules for inhibition of p27.”

Hair cells in the inner ear convert sound vibrations into electrical signals that travel to the brain via the auditory nerve. In chickens, fish and amphibians, hair cells regenerate from the surrounding cells called supporting cells, but human hair cells don’t do this. Hair cell damage in the inner ears of humans is a leading cause of hearing loss.

Laboratory experiments have shown that supporting cells from mice can be coaxed into becoming hair cells in part by blocking production of p27. Using NMR spectroscopy, the St. Jude researchers screened a library of small molecules for evidence of p27 binding that may disrupt protein function. They were specially looking for small molecules that bind p27 where the protein normally binds its enzyme partner and blocks cell division. First author Luigi Iconaru, PhD, a St. Jude postdoctoral fellow, led the effort. Co-author Anang Shelat, PhD, assistant member of the St. Jude Department of Chemical Biology and Therapeutics, developed the small-molecule library using molecules that were slightly larger and more complex than those traditionally used for drug-development screening.

Surprisingly, researchers found two distinct groups of small molecules that bind distinct, but overlapping segments of p27. The small molecules provided insight into how disordered proteins bind, including the dynamic interaction between small molecules and short-lived binding sites created by different arrangements of the amino acids that make up p27.

The researchers report that the next step is to link the small molecules and binding sites identified in this study together to form larger compounds that bind p27 at multiple sites with greater affinity and specificity. Although they caution that this work in small-molecule compounds is still a long way from the clinic, the early results are a small but important step on the long road to a drug for hearing loss that could be infused into the cochlea to generate new hair cells. 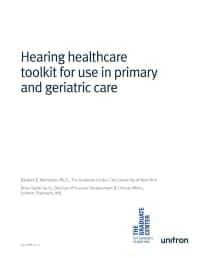 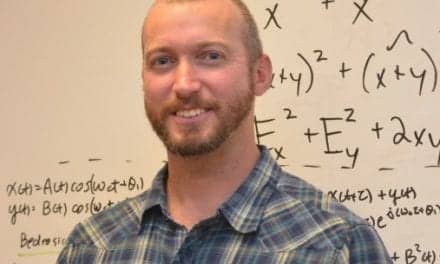