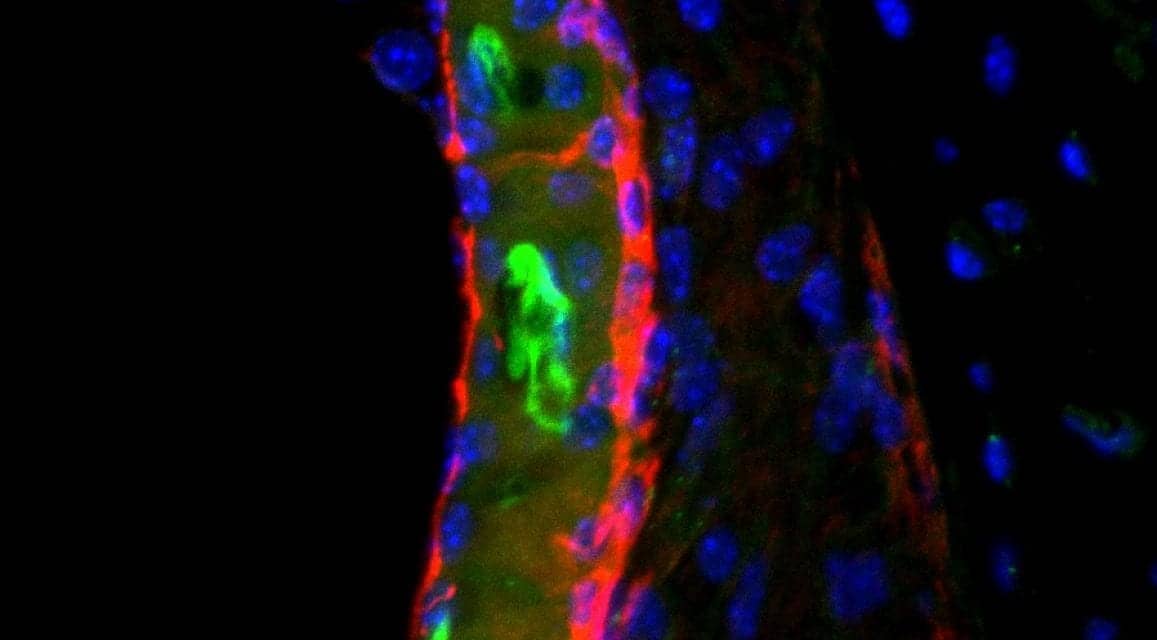 Scientists have found a new way to explain the hearing loss caused by cisplatin, a powerful drug used to treat many forms of cancer, the National Institutes of Health announced on its website. Using a highly sensitive technique to measure and map cisplatin in mouse and human inner ear tissues, researchers found that forms of cisplatin build-up in the inner ear. They also found a region in the inner ear that could be targeted for efforts to prevent hearing loss from cisplatin. The study is published in Nature Communications, and was supported by the National Institute on Deafness and other Communications Disorders (NIDCD), part of the National Institutes of Health.

Cisplatin and similar platinum-based drugs are prescribed for an estimated 10 to 20 percent of all cancer patients, according to the NIH. The NIH’s National Cancer Institute supported research that led to the 1965 discovery of cisplatin and continued development leading to its success as an essential weapon in the battle against cancer. The drugs cause permanent hearing loss in 40 to 80 percent of adult patients and at least half of children who receive the drug. The new findings help explain why cisplatin is so toxic to the inner ear, and why hearing loss gets worse after each treatment, can occur long after treatment, and is more severe in children than adults.

“Hearing loss can have a major impact on a person’s life,” said James F. Battey, Jr, MD, PhD, director of NIDCD. “Many adults with hearing loss struggle with social isolation and depression, among other conditions. Children who lose their hearing often have problems with social development and keeping up at school. Helping to preserve hearing in cancer patients who benefit from these drugs would be a major contribution to the quality of their lives.” 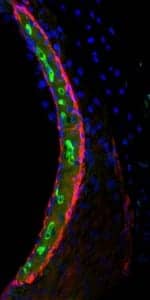 Cisplatin (appearing in green) in the stria vascularis of a mouse inner ear.

The team developed a mouse model that represents cisplatin-induced hearing loss seen in human patients. By looking at inner ear tissue of mice after the first, second, and third cisplatin treatment, researchers saw that cisplatin remained in the mouse inner ear much longer than in most other body tissues, and that it builds up with each successive treatment. They also studied inner ear tissue donated by deceased adult patients who had been treated with cisplatin, and observed that cisplatin is retained in the inner ear many months or years after treatment. In addition, when they examined inner ear tissue from one child, they found cisplatin buildup that was even higher than seen in adults. These results suggest that the inner ear readily takes up cisplatin, but it has very little ability to remove the drug.

In mice and human tissues, the research team saw the highest buildup of cisplatin in a part of the inner ear called the stria vascularis, which helps maintain the positive electrical charge in inner ear fluid that certain cells need to detect sound. The research team determined that the accumulation of cisplatin in the stria vascularis portion of the inner ear contributed to cisplatin-related hearing loss.

“Our findings suggest that if we can prevent cisplatin from entering the stria vascularis in the inner ear during treatment, we may be able to protect cancer patients from developing cisplatin-induced hearing loss,” said Cunningham.

The study was funded by the Intramural Research Program at NIDCD (ZIA DC000079-07) and NIMHD.

About the National Institute on Deafness and Other Communication Disorders (NIDCD): The NIDCD supports and conducts research and research training on the normal and disordered processes of hearing, balance, taste, smell, voice, speech, and language and provides health information, based upon scientific discovery, to the public.

About the National Institute on Minority Health and Health Disparities (NIMHD): NIMHD, leads scientific research to improve minority health and eliminate health disparities by conducting and supporting research; planning, reviewing, coordinating, and evaluating all minority health and health disparities research at NIH; promoting and supporting the training of a diverse research workforce; translating and disseminating research information; and fostering collaborations and partnerships.

About the National Center for Advancing Translational Sciences (NCATS): NCATS conducts and supports research on the science and operation of translation — the process by which interventions to improve health are developed and implemented — to allow more treatments to get to more patients more quickly.

About the National Institutes of Health (NIH): NIH, the nation’s medical research agency, includes 27 Institutes and Centers and is a component of the U.S. Department of Health and Human Services. NIH is the primary federal agency conducting and supporting basic, clinical, and translational medical research, and is investigating the causes, treatments, and cures for both common and rare diseases. For more information about NIH and its programs, visit www.nih.gov. 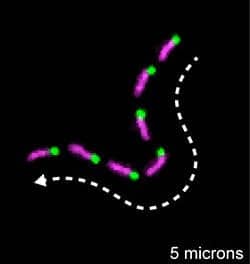 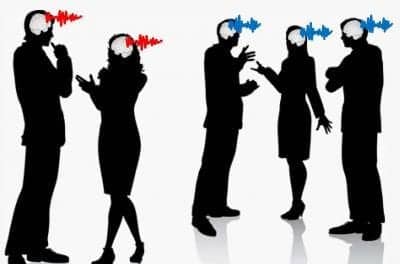