How Noise Exposure Alters the Brain 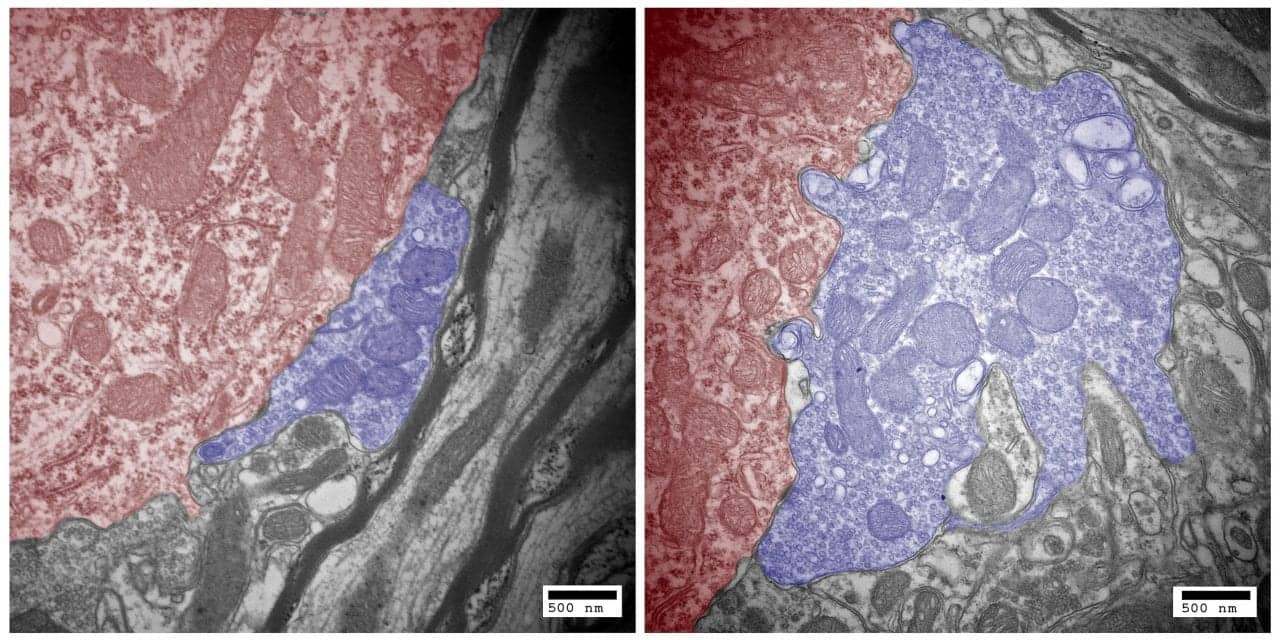 Cells that relay information from the ear to the brain can change in significant ways in response to noise levels in the environment, according to a recent mouse study from the University at Buffalo (UB). As described in an article published in the May 2015 early edition of the Proceedings of the National Academy of Sciences (PNAS), the researchers believe it’s likely that synapses become enlarged in noise-exposed mice to create space for more vesicles—small round structures that store chemicals used to deliver messages to the brain.

“The brain is amazingly adaptable: The way it receives information can change to accommodate for different conditions, and this is what we see in our research,” said Matthew A. Xu-Friedman, PhD, associate professor of biological sciences, University at Buffalo. “What we see is that the cells in the auditory nerve adjust. They change themselves so they can respond to a different, heightened level of activity.”

A synapse formed by the auditory nerve in a normal mouse (blue, left), and in a mouse exposed to noise for a week (blue, right). (Photo courtesy of UB.)

The research was led by Xu-Friedman and completed by a team at UB and the Johns Hopkins University School of Medicine. Their study tested how the animals responded to living in a noisy habitat for a week, and how the noise-exposed animals then reacted to a quiet environment.

According to a recent announcement from UB, the study animals were exposed to noises similar to those made by a lawn mower or hair dryer. Once the mice were no longer exposed to those noise levels, the cells in their auditory nerves changed again to accommodate for quieter environments.

The researchers report that one problem that can complicate this process is the depletion of neurotransmitters. Each cell has a limited supply of neurotransmitters, and when a cell runs out, it loses its ability to contact the brain. This becomes an issue in noisy environments, where constant stimulation puts cells at risk for using up neurotransmitters too quickly.

As reported in the UB announcement, Xu-Friedman proposes that the adaptations that mice exhibited in the new study are geared toward addressing this complication. In response to this provocation, the animals’ auditory nerve cells adapted by discharging a smaller proportion of their neurotransmitter reserves in response to stimuli than comparable cells in animals reared in quieter habitats. This alteration indicated the noise-exposed mice would be less likely to deplete neurotransmitters while processing background noise, and more likely to have chemicals available for signaling the brain when new sounds appeared.

“The changes could help the animals deal with loud conditions and not go deaf,” Xu-Friedman said. “Instead of draining your limited supply, you save some of it so you can continue processing new stimuli.”

In addition to altering their behavior, the animals’ auditory nerve cells also reportedly changed their structure, enlarging their synaptic endings. This is the region of the cells where neurotransmitters are stored, and Xu-Friedman said that the increase in size implies that the cells were upping their inventories of the chemicals. When the researchers placed the noise-exposed mice into a quiet habitat, the animals’ auditory nerve cells adapted, once again, to new conditions. The cells released neurotransmitters at a level akin to mice that had never been in loud environments.

Related work by Xu-Friedman and colleagues was published in a May 27, 2015 article in The Journal of Neuroscience. 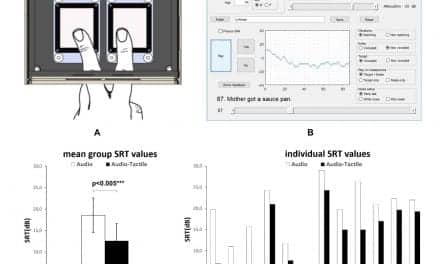 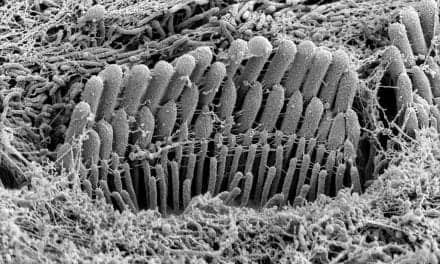 Study: Hearing Develops in Tandem with Form and Function