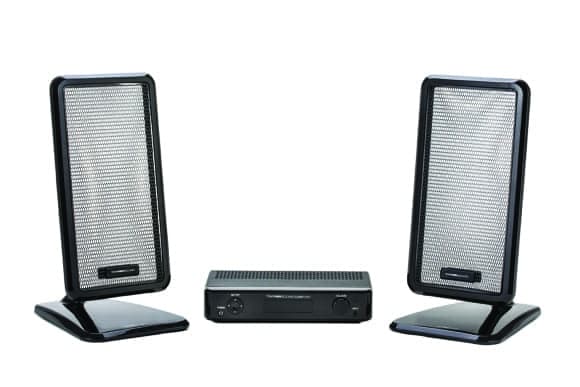 The HyperSound system is designed to reproduce sound in a confined, narrow beam to a targeted area for situations like listening to a teacher in a classroom or to the TV at home. This field study suggests that, by making a directed audio solution part of a broader portfolio of intervention options, hearing care practices have an opportunity to meet the needs of more patients with hearing loss.

Recently, Turtle Beach Corp introduced a device that uses ultrasonic energy to transmit an acoustic signal over a relatively long distance within a narrow beam. Considered a “directed audio” device, the HyperSound™ system works by first electronically converting audible information onto ultrasonic frequencies, well-beyond the range of human hearing. The acoustic signal is reproduced using an emitter, and transmitted in a beam of silent ultrasonic energy. The nonlinearity of air demodulates this acoustic signal, thus reproducing the audible information in a narrow beam, such that it is heard only by those in the targeted area.

HyperSound consists of two emitters (speakers), and an amplifier with a volume control and cables, which connect it to an audio source, such as a television (Figure 1). Classrooms, homes, or other listening areas where a confined audio signal are desired comprise situations where HyperSound may be beneficial. HyperSound is programmable and will be dispensed through the professional hearing healthcare channel. Early pilots of HyperSound indicate that it may be a viable product for the hearing healthcare market, as one recent study revealed individuals with a range of hearing losses received significant improvement on a speech-in-noise task in the unaided condition.1 These initial findings suggest the system may be an effective solution for patients with hearing loss, especially those struggling with understanding television dialogue.

As many hearing care professionals are aware, hearing aid adoption in the United States has remained low for several years. For example, Chien and Lin2 analyzed data from the National Health And Nutritional Examination Surveys (NHANES) and estimated that, among Americans over age 50 years with a 25 dB hearing loss or greater, prevalence of hearing aid use is consistently low, ranging from 4.3% in individuals ages 50-59 to 22% for those over age 80. In a separate study, Laplante-Levesque et al3 presented to 153 adult participants with hearing loss several intervention options, including hearing aids, communication programs, and no intervention. Although all participants were considered hearing aid candidates, 39% of them chose no intervention and 18% completed a communication enhancement program.

These data suggest there may be consumer demand for a directed audio solution that functions as an alternative to traditional hearing aids for use in specific situations, like watching television. In addition, directed audio devices like HyperSound may supplement the use of traditional hearing aids, as anecdotal reports4 suggest a substantial number of hearing aid users rely on some type of assistive listening device to enhance television viewing.

The primary objective of this study was to establish patient preferences for the HyperSound system. Considering “directed audio” represents a new product category, gathering some preliminary data from the perspective of patients provides valuable insight on potential clinical applications of this new category of devices prescribed by a hearing care professional. Furthermore, patient preference data may assist clinicians in how they position the system in their practices. That is, will HyperSound be a stand-alone alternative for those with mild hearing loss who are not willing to wear hearing aids, or will it be a type of gateway product that shortens the sometimes lengthy patient journey toward accepting traditional amplification?

Lastly, given the high number of current hearing aid patients that express challenges associated with understanding television dialogue—even while using hearing aids—HyperSound could be a complementary device, enhancing the overall functionality of hearing aids. In this scenario, patients would continue to wear their hearing aids while simultaneously experiencing the benefits from a directed audio solution. Gathering patient preference data on a large group of participants who are experienced aid users is an initial step in addressing the use of HyperSound for the situations outlined above.

A total of 58 adults were provided an opportunity to participate in the demonstration of HyperSound. The demonstrations took place at the conclusion of the patient’s appointment with an audiologist. Two clinics, one in suburban Buffalo, NY, and another in Middlebury/Rutland, Vt, participated in the collection of data. Although hearing thresholds were not measured prior to the demonstration, all participants were previously tested at both sites and had some degree of hearing loss, and most of the patients were experienced hearing aid users.

At the conclusion of their routine appointment, participants were asked to take part in the demonstration of a new technological device that was soon going to be commercially available. Participants were informed that HyperSound might enhance their at-home TV listening experience.

Both clinics conducted the demonstration in a conventional, non-sound treated clinic room. The system was connected to a digital audio device and the participant was seated approximately 2-3 meters from the emitters (speakers). The demonstration was conducted in a manner that was thought to simulate the typical at-home television viewing or music listening experience. Participants listened to an assortment of pre-recorded audio clips (eg, a person reading from a novel, movie dialogue, and music). Both male and female voices were used in the audio clips. Prior to listening to these clips, the participants were able to adjust the volume to achieve a comfortable listening level. Each participant listened to a variety of audio clips over an approximate 2-minute time span. All demonstrations were conducted in the unaided condition.

1) How did you like your overall listening experience with the Hypersound System?

2) How much did listening through the HyperSound System improve your ability to hear and understand speech?

3) The HyperSound System is anticipated to be commercially available this summer (2015) for approximately $1,500 (retail price).  What is the likelihood that you would be interested in purchasing the product?

Table 1. The open-ended questions asked of all participants (n= 58).

Figure 2 shows results of Question 1, which addresses their overall listening experience with the system, as coded by the reviewer (see above). The mean score was 3.9, with 69% of the participants receiving a rating on the overall listening experience of either a 4 or 5.

Question 2 on the survey asked participants about their ability to hear and understand speech during the HyperSound demonstration. Results, as coded by the reviewer, are shown in Figure 3. They show a similar pattern to the first question, as the mean rating on the 1 to 5 Likert scale was a 3.8 with 79% of participants receiving a rating of 4, (“marked improvement”) or a 5 (“tremendous improvement”). The final question queried the participants on their willingness to purchase HyperSound at the suggested retail price of $1,499. Figure 4. The ratings for Question 3, purchasing intent of HyperSound (n=58).

Figure 4 shows 26 of the 58 participants (48%) stated they would “probably” or “definitely” purchase HyperSound. When the 14 participants who stated “maybe” on the question of willingness to purchase are included, the number of potential purchasers rose to 69%.

The result of this question indicates that, when patients are provided an in-office demonstration, many of them will consider purchasing it. Finally, when affordability is considered, 17% of participants said they were not likely to purchase the system at the suggested retail price of $1,499.

The results suggest the HyperSound system has substantial value for hearing-impaired consumers. In a simulated at-home listening environment in the unaided condition, a substantial majority of participants reported the system enhanced both their overall listening experience and speech recognition ability for television viewing. Additionally, nearly 70% of participants expressed a willingness to purchase the system, if provided the opportunity.

Given the relatively large number of participants, collected by two independent audiologists at two different sites, these findings are promising and warrant further investigation. Directed audio technology, such as HyperSound, provides clinicians with another intervention option for individuals with hearing loss.

Moreover, Clausen and Pryce5 recently suggested a patient’s presence at an initial consultation with a hearing care professional does not automatically imply that the individual is seeking a hearing aid solution for a handicapping condition. Rather, patients may be seeking education, reassurance, or support for their condition. By providing a full range of habilitation choices, including directed audio solutions, patients may be more likely to trust the provider and maintain control of the decision-making process, which are both germane to patient-centric care. This assertion, however, needs to be evaluated with further clinical research.

An alternative, like a directed audio solution, can become part of a broader array of treatment options for patients with communication problems who are not ready to use traditional hearing aids, and may even accelerate the uptake of traditional hearing aids. One of the situations where directed audio technology would be beneficial is at-home television viewing. Recent data indicates that many individuals over age 55 spend more than half their leisure time watching television (Barbara Weinstein, PhD, personal communication, July 2015). Considering the relative importance of TV watching by many older adults, HyperSound is a promising solution that would enhance this common listening experience.

Although aided preferences to HyperSound were not part of this study, virtually all of the participants were experienced hearing aid users. Considering many hearing aid users report challenges associated with television viewing—even with hearing aids4—directed audio technology may be an effective complement to traditional hearing aid use for television watching and other similar listening situations where amplified sound is presented in a confined space. Applications of this system for patients in the aided condition, however, require further study.

HyperSound’s favorable preference ratings present a significant opportunity for hearing care professionals to more effectively address the needs of hearing-impaired individuals and to grow the demand for their services. By making a directed audio solution part of a broader portfolio of intervention options, clinics have an opportunity to meet the needs of more patients with hearing loss. Correspondence can be addressed to HR or Dr Taylor at: [email protected] 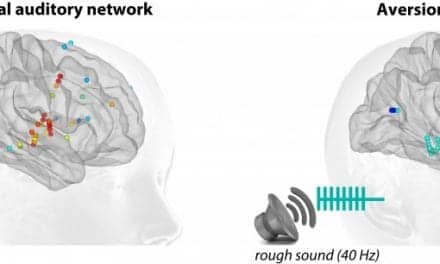 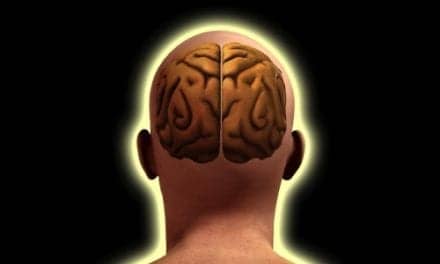 Research: The Need for Culturally Sensitive Treatment for Deaf Patients with Psychiatric Disorders