Researchers at the University of Cincinnati and Cincinnati Children’s Hospital Medical Center have found a new genetic mutation responsible for deafness and hearing loss associated with Usher syndrome type 1.

The discovery was recently published in the online edition of the journal Nature Genetics and could help researchers develop new therapeutic targets for those at risk. Usher syndrome type 1 is a genetic defect that causes deafness, night-blindness, and a loss of peripheral vision through the progressive degeneration of the retina.

“In this study, researchers were able to pinpoint the gene which caused deafness in Usher syndrome type 1 as well as deafness that is not associated with the syndrome through the genetic analysis of 57 humans from Pakistan and Turkey,” says Zubair Ahmed, PhD, assistant professor of ophthalmology who conducts research at Cincinnati Children’s and is the lead investigator on this study.

Ahmed says that a protein, called CIB2, which binds to calcium within a cell, is associated with deafness in Usher syndrome type 1 and non-syndromic hearing loss.

“To date, mutations affecting CIB2 are the most common and prevalent genetic cause of non-syndromic hearing loss in Pakistan,” he said in the press statement. “However, we have also found another mutation of the protein that contributes to deafness in Turkish populations.

“In animal models, CIB2 is found in the mechanosensory stereocilia of the inner ear—hair cells, which respond to fluid motion and allow hearing and balance, and in retinal photoreceptor cells, which convert light into electrical signals in the eye, making it possible to see,” says Saima Riazuddin, PhD, assistant professor in UC’s department of otolaryngology who conducts research at Cincinnati Children’s and is co-lead investigator on the study.

Researchers found that CIB2 staining is often brighter at shorter row stereocilia tips than the neighboring stereocilia of a longer row, where it may be involved in calcium, signaling that regulates mechano-electrical transduction, a process by which the ear converts mechanical energy into a form of energy that the brain can recognize as sound.

“With this knowledge, we are one step closer to understanding the mechanism of mechano-electrical transduction and possibly finding a genetic target to prevent non-syndromic deafness as well as that associated with Usher syndrome type 1,” Ahmed says.

Partners in the study included the National Institute on Deafness and other Communication Disorders (NIDCD), Baylor College of Medicine, and the University of Kentucky. Other researchers involved in the study include Thomas Friedman, PhD, and Inna Belyantseva, MD, PhD, from the NIDCD; Suzanne Leal, PhD, and her team at Baylor; and Gregory Frolenkov, PhD, and his team at the University of Kentucky. 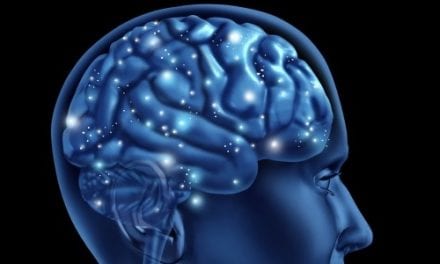 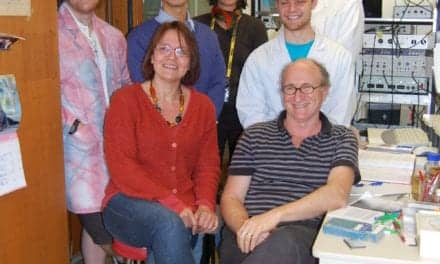