In a research career spanning more than 70 years, Robert Galambos, PhD, helped lay the foundations of the modern field of neuroscience—the study of how the brain generates our thoughts, perceptions, and actions.

Galambos was professor emeritus of Neurosciences at the University of California, San Diego (UCSD), School of Medicine when he died of natural causes on June 18 at age 96, remaining active and inventive in brain research until the last weeks of his life. Although his research touched on many different aspects of brain function, his major advances were in deciphering the electrical signals that send information from the eyes and the ears into the brain and showing how the electrical oscillations in the brain give rise to our sensory experiences of the world.

Born of Hungarian immigrant parents in Lorain, Ohio, in April 1914, Galambos attended Oberlin University and then went to Harvard for graduate and post-doctoral studies. While at Harvard he teamed with Donald R. Griffin to solve the age-old riddle of how bats are able to snatch bugs in the air and avoid obstacles while flying in total darkness. In a series of ingenious experiments, they showed that bats emit high frequency chirps that are reflected off objects in the environment, and the return echoes are detected and localized by the bat’s ultra-sensitive ears. In further studies, Galambos discovered the basic principles of how sounds activate the auditory nerve and send messages into the brain that allow us to hear. He pioneered the use of tiny electrodes inserted into the auditory nerve, which showed that each nerve fiber was tuned to a specific sound frequency and could convey information to the brain either by increasing or decreasing its activity.

In the 1950’s, Galambos served as head of neurophysiology research at the Walter Reed Army Research Institute, where he directed a broad research program that revealed how learning new information influences nerve cell activity throughout widespread areas of the brain. While studying learning he advanced the then-radical proposition that information storage in the brain might involve interactions between the nerve cells and the equally numerous glial cells, which were then considered to play only a passive role of metabolic support. This glia-neuron hypothesis provoked heated controversy and led to Galambos’ departure from the Walter Reed, but subsequent research has vindicated his original insights by showing that constant communication between neurons and glial cells is a fundamental principle of brain function.

Harvey Karten, MD, professor of neurosciences at UCSD and a former student of Galambo’s at the Walter Reed Institute, commented that “Bob Galambos constantly challenged widely held notions, bringing his unique creativity, intensity, and humor to difficult problems. His scientific contributions established novel fields of research on topics ranging from visual system, auditory system, development of technical innovations in microscopy, and clinical neurophysiology.” These accomplishments led to Galambos’ election to the National Academy of Sciences in 1962 and receipt of honorary degrees from Yale University and the University of Goteborg, Sweden.

Working with Livingston and Theodore H. Bullock, PhD, Galambos was instrumental in establishing the graduate training program in Neurosciences at UCSD and attracting the interdisciplinary faculty that made the La Jolla campus one of the world’s foremost centers of neuroscience research. Today the UCSD neurosciences program consists of more than 130 research laboratories distributed among multiple departments at UCSD, the Salk Institute, the Scripps Research Institute, and the Burnham Institute.

At UCSD, Galambos’ research turned towards studies of the human brain, and in the 1970’s and 1980’s his team of investigators made important discoveries about electrical signals that can be recorded noninvasively from the scalp as we perceive auditory and visual stimuli. He soon realized that the electrical signals emitted by the auditory pathways of the brainstem in response to a sound could serve as a sensitive measure of a person’s hearing acuity. Galambos took this idea to the Speech, Hearing and Neurosensory Center of Children’s Hospital in San Diego and with Drs Donald Krebs and Robert Sandlin set up a program in which infants at risk for hearing loss could be tested by these brain wave recordings. If a hearing impairment was detected, a child could be fitted with hearing aids at an early age before their language development was impaired. This brainstem audiometry technique that Galambos pioneered has now been adopted by children’s hospitals throughout the world, and tens of thousands of at-risk infants have had their hearing corrected and given a chance to develop normally.

During the last 20 years Galambos dedicated himself to understanding how the eye and brain work together to produce the exquisite images of the world that we perceive. He advanced the theory that the eye sends information to the brain in discrete packets tied to eye movements rather than continuously. With collaborators in Hungary he garnered experimental support for his proposals, and he delighted in debating the fine points of the data with colleagues near and far.

Steven Hillyard, professor of Neurosciences at UCSD and student of Galambos for the past 45 years, said “Bob Galambos was a warm and supportive mentor to several generations of neuroscientists. His door was always open, and fresh data with new ideas attached always brought a twinkle to his eye. His students and colleagues were fortunate to receive his brilliant insights and gentle guidance for so many decades.”

This obituary was posted on UCSD‘s Web site. 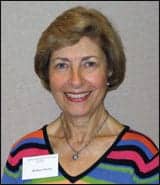 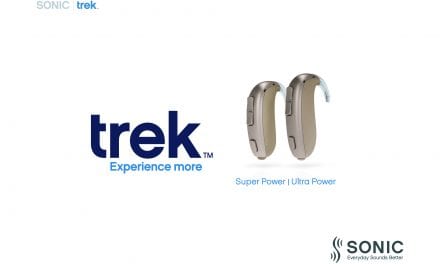