Scientists from The Scripps Research Institute, La Jolla, Calif, say they have elucidated the action of a protein, harmonin, which is involved in the mechanics of hearing. They say the finding sheds new light on the workings of mechanotransduction, the process by which cells convert mechanical stimuli into electrical activity. Defects in mechanotransduction genes can cause devastating diseases, such as Usher’s syndrome, which is characterized by deafness, gradual vision loss, and kidney disease, which can lead to kidney failure, according the the researchers.

The research, led by Scripps Research Professor Ulrich Mueller, was published in the May 14, 2009 issue of the journal Neuron.

By gaining a better appreciation of the molecular mechanics of hearing, scientists can learn a great deal about the workings of similar types of body processes and the defects in these processes that can cause disease, according to the researchers.

Sound starts as waves of mechanical vibrations that travel through the air to the ear by compressing air molecules. The waves first hit the outer ear, then travel down the ear canal into the middle ear before striking the eardrum. The vibrating eardrum moves a set of delicate bones that communicate with a fluid-filled spiral structure in the inner ear, the cochlea. Inside the cochlea are specialized "hair cells" lined with symmetric arrays of stereocilia—mechanosensing organelles that respond to fluid motion or fluid pressure changes. The movement of the fluid inside the cochlea causes the stereocilia, in turn, to move.

When sterocilia are deflected, molecular complexes called "tip links," which connect the tips of stereocilia, transmit physical force to the gated ion channels that are attached to them, according to the researchers. The opening of these ion channels, which are monitored by sensory neurons, communicate the electrical signals to neurons in the brain, enabling hearing. In Usher syndrome and some other sensory neuronal diseases that cause deafness, the symmetry of the stereocilia—and the process of mechanotransduction—is disrupted, resulting in deafness.

In part because stereocilia are extremely small, scarce, and difficult to handle, the molecules that make up the tip link remained elusive until 2007, when Mueller and his colleagues identified cadherin 23 and protocadherin 15 as the two proteins responsible for opening the ion channels, say the researchers. Mueller et al also showed that cadherin 23 formed a complex with another protein, myosin 1c, which helped close the channel.

Having identified harmonin as yet another molecule involved in mechanotransduction, scientists may be able to move a little closer to addressing a basic science puzzle: How do biological systems build gating systems that act as mechanical devices, almost like switches? Similar switches are present in almost every cell in the body and are the gatekeepers that let ions flow in and out of a cell. Any given cell might have hundreds or thousands of channels. The right stimulus can throw a channel open, allowing ions to pass through; the surge of ions across the cell membrane generates tiny electrical currents that enable a multitude of bodily functions, say the researchers.

The first authors of the paper, "Harmonin (protein) mutations cause mechanotransduction defects in cochlear hair cells," are Nicolas Grillet, Wei Xiong, and Anna Reynolds of Scripps Research. Additional authors include Takashi Sato and Bechar Kachar of the National Institute of Deafness and other Communication Disorders, National Institutes of Health (NIH); Conception Lillo and David Williams of the University of California, Los Angeles, School of Medicine; Rachel Dumont and Peter Gillespie of the Oregon Health & Science University; and Piotr Kazmierczak, Edith Hintermann, Anna Sczaniecka, and Martin Schwander of Scripps Research.

The work was funded by the NIH, the Skaggs Institute for Chemical Biology, a Jules and Doris Stein RPB professorship, a CJ Martin fellowship NHMRC (Australia), and a fellowship from the Bruce Ford and Anne Smith Bundy Foundation. 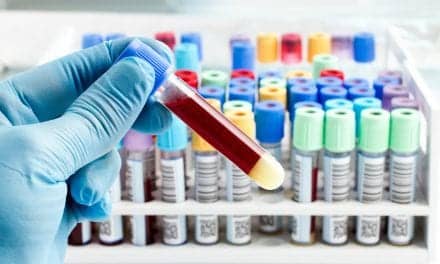