Earlier this month the European Hearing Instrument Manufacturers Association (EHIMA) elected a new board that will serve for the coming two years. The organization’s top leadership role will pass to Dr. Valentin Chapero, who was  elected to be the new President of EHIMA, and succeeds Tom Westermann.

Chapero is chief executive officer of Sonova Holding AG. He was the vice president of EHIMA for the past 2 years and also chaired the EHIMA market development committee. Valentin Chapero Rueda began his career within the research and development department of Nixdorf Computer. After the takeover of Nixdorf Computer by Siemens, Chapero rose to top management.

Chapero, whose parents are Spanish, completed his education in Germany, graduated with a degree in physics from the University of Heidelberg and was awarded his doctorate with a thesis in the medicine/physics field.

The organization’s new vice president will be Niels Jacobsen, who since 1998 has been president and CEO of William Demant Holding. Jacobsen also holds non-executive board positions in
A.P. Møller – Mærsk A/S, and Lego A/S. He holds a seat on the Central Board of the Confederation of Danish Industries. Before joining the William Demant Group in 1992 as executive vice president he worked as vice president, corporate affairs at Thrige-Titan, then at Atlas Denmark and later as managing director of Orion. Jacobsen is 50 years old. He holds an MSc in business administration from the University of Aarhus in Denmark. 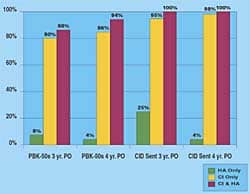 Mortality risk tied to antipsychotic use in elderly patients with dementia 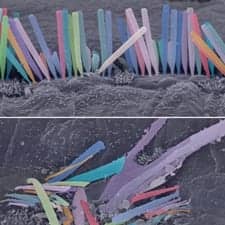