Using data from the American Community Survey, conducted by the United States Bureau of the Census, researchers at Rochester Institute of Technology’s National Technical Institute for the Deaf (RIT/NTID) have just released a study that concludes that Rochester, “with some certainty,” has the largest deaf and hard-of-hearing per capita population among those ages 18 to 64.

For years, Rochester has been referred to as the city with the highest per capita deaf population, but until now, there was no data to support or dispute that claim. The census bureau didn’t ask detailed questions regarding deafness until recently, so there were no lists where deaf individuals signed up to be recognized, and even the definition of “deaf” varies greatly.

According to the new study, there are an estimated 19,438 deaf and hard-of-hearing individuals under the age of 65 in the greater Rochester area. For comparisons with other areas of the country, only those under the age of 65 were counted. Since it’s not uncommon for older people to lose their hearing, communities with a higher proportion of elderly residents would see higher percentages of individuals with hearing loss.

The study was led by Jerry Walter, a research professor at RIT/NTID, who has been attempting to provide an accurate headcount of deaf individuals for many years. NTID senior institutional researcher Richard Dirmyer also contributed to the report.

Walter and Dirmyer used the most recent data available from the American Community Survey, from 2008 to 2010, to estimate the Rochester area’s deaf population and compared it with communities of comparable sizes with Rochester: Austin, Tex; Charlotte, NC; Columbus, Ohio; Minneapolis, Minn; Pittsburgh, Pa.; and Seattle, Wash.

One reason Rochester’s deaf population is so large is the presence of NTID, with approximately 1,200 students and 111 faculty and staff who are deaf or hard of hearing during the time of the study.
As a result, Rochester not only has the highest number, by far, of 18- to 25-year olds than any of the selected metro areas, but the percentage attending postsecondary education (61.4 percent) is almost double the national average.

“It’s important to know the impact deaf and hard-of-hearing people have in our community, that we can better understand the fabric that makes up our community so our leaders can better serve it,” says NTID president Gerry Buckley. “NTID has students coming to Rochester from every state and beyond. Many of our 7,000-plus graduates have stayed in this community which offers so much opportunity and cultural awareness.”

The full report is available as a PDF download. 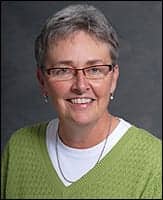