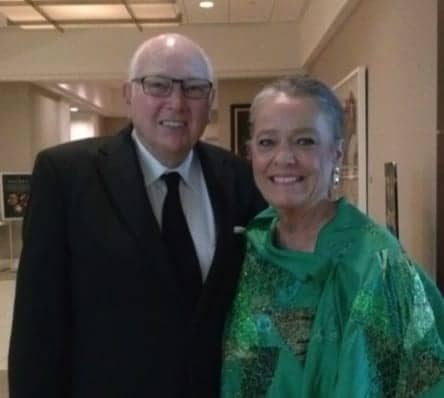 Earl Harford, PhD, a renowned educator, clinician, and innovator in the field of Audiology and hearing healthcare, died on September 24, 2016 at his home in Tucson, Ariz. He was 86. 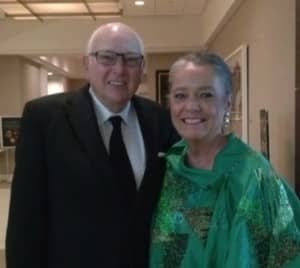 Earl Harford with his wife, Jennifer.

Dr Harford was well known for his professional and academic career in Audiology which began at McGill University. He then spent 17 years at Northwest­ern University, where he taught, mentored, and published with luminaries in our profession including Raymond Carhart, Jim Jerger, Bill Rintelmann, Fred Bess, Joe Barry, Rich­ard Wilson, and many other historical and current scientists and leaders in the profession. His contributions to clinical research are well known and are the foundation for many current clinical activities.

A true pioneer in audiology, Earl’s efforts helped shape the profession for the past 65 years. He had decades of experience in academia, including influential roles at Northwestern University, Vanderbilt University, and the University of Minnesota Medical School. He introduced CROS hearing aids for unilateral deafness while at Northwestern in the mid-60s. His early publications on CROS resulted in the development of open-canal amplification for high frequency losses. At the University of Minnesota, he helped develop in situ measurements of the ear, placing miniature microphone deep down into the ear canal. This led to the commercial development and adoption of real-ear measurements in clinical practice; as a result he is considered by many to be the “father of real-ear measurements.” He was among the earliest researchers to introduce tympanometry, acoustic reflex measurements, and real-ear measurement in the United States.

He left the University of Minnesota after establishing possibly the first for-profit dispensing practices in a University setting in the United States. After a decade in private practice in Minnesota, where he was one of the first audiologists in the state to dispense hearing aids, Dr Harford sold his practice and was asked to join Starkey Laboratories Inc. His greatest contribution at Starkey was the development of the Student Internship Program. Earl and Jim Curran developed a program that granted scholarships and supported Audiology graduate students at Star­key for 6 weeks, where students actively participated and learned about product development, research, production, hearing aid fitting, and all aspects of the manufacturing and distribution process. More than 150 audiolo­gists went through this program and many of our current lead­ers in the profession were mentored by Earl in this program. It also influenced the development of other manufacturer-academic bridge-building programs throughout the profession.

Harford had long believed that existing audiology education was not adequately preparing students to enter the profession with the knowledge and skills necessary for independent clinical practice. As an advocate for Audiology and the AuD, Dr Harford delivered the Carhart Lecture at the combined meeting of the American Auditory Society (AAS) and the American Academy of Audiology (AAA) in 1993. It was there that he provided a rationale for an inde­pendent profession, including the foundation for changing the existing model of master’s level education and transitioning to doc­toral profession, thereby creating an autonomous profession of Doctors of Audiology. Dr Harford was also honored in 2012 by AAA with the Samuel F. Lybarger Award for Achievements in Industry for significant pioneering activity within the field of hearing.

The  last chapter of Harford’s professional journey came 5 years ago when he was asked to join the Board of Directors of the Starkey Hearing Foundation.  In his work with the Foundation, he pursued and supported the Foundation’s development of training programs to make the mission of the Foundation to fit and distribute hearing aids to indigent and needy hearing-impaired people of all ages around the world sustainable. With his influence, the Foundation began training local people to provide hearing care, thus giving not only the gift of hearing to millions,  but helping provide more economic stability within economically deprived regions of the world—giving people a way to improve their own lives and those of their neighbors in their local communities. The Foundation opened its first training program, The Starkey Hearing Institute  in Lusaka, Zambia, with 12 students from 9 African countries this past spring.  The program will provide an 11-month training to individuals who will return to their countries and provide hearing healthcare.  Dr Harford was working on this and related projects until the last day of his life.

Hearing Review thanks Dr Barry Freeman for this tribute, as well as the Harford family for the photograph. 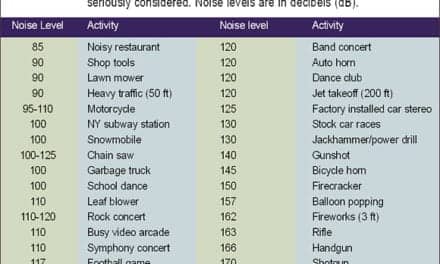 The Promotion of Protection