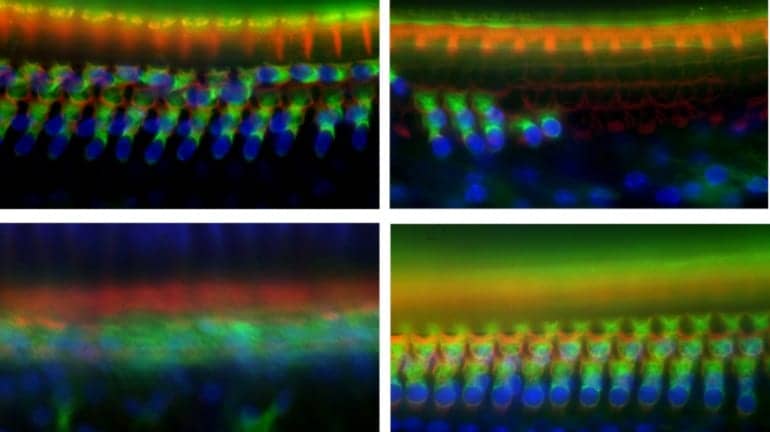 In experiments using mice, a team of UC San Francisco (UCSF) researchers has discovered a gene that plays an essential role in noise-induced deafness, according to an article in UCSF’s news center. Remarkably, by administering an experimental chemical—identified in a separate UCSF lab in 2013—that acts on the pathway linking this gene to hearing loss, they found that they could prevent noise-induced deafness in the mice.

The researchers said a similar drug to the one used in their study might one day be used as a hearing-protection regimen before working in a noisy environment or going to a loud concert. They’re also looking at whether it could be taken shortly after exposure to loud noise to protect hearing, such as when soldiers are exposed to explosions on the battlefield.

Whether of environmental or genetic origin, hearing loss is almost always caused by damage to sensory “hair cells” in the cochlea, which detect sound waves and transmit auditory information to the brain. Unlike many types of cells in the body, if hair cells die, they cannot regenerate.

“It doesn’t take very long for hair cells to die and for the cochlea to basically become a scar—the whole structure of the cochlea changes,” said Dylan Chan, MD, PhD, an assistant professor of otolaryngology at UCSF and co-senior author of the new paper. “To restore hearing would not only require getting hair cells to regenerate, but also reproducing this finely tuned mechanical structure. The better option is to try and prevent the death of hair cells in the first place.”

As reported in the October 15 issue of The Journal of Clinical Investigation, researchers led by Elliott Sherr, MD, professor of neurology and of pediatrics at UCSF, were interested in a gene called Tmtc4 for its potential role in brain development. When the team deleted the gene in mouse embryos, they were surprised to discover that the mice became almost completely deaf by one month after birth. 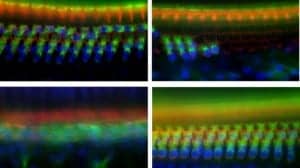 “The observation that these mice were going deaf was a fortuitous one, so we took it and ran with it and really landed right on the biology,” said Sherr. “A lot of times when you do experiments you get hints that you’re heading in the right direction, but literally every experiment we did pointed us in the same direction. We were able to go from observation, to mechanism, to treatment in one window of time, which was really exciting.”

The Tmtc4 protein normally plays a role in the endoplasmic reticulum (ER), a structure inside the cell that helps regulate the majority of protein production. Working with Chan, Sherr’s group found that the loss of Tmtc4 in cochlear hair cells distorted the delicate balance of calcium that ordinarily exists between the ER and the rest of the cell and triggered the unfolded protein response (UPR)—a quality control system that causes a cell to self destruct if it’s producing faulty (and perhaps dangerous) proteins. The UPR triggered hair-cell suicide, ultimately leading to total deafness.

Because the mice could hear normally after they were born, the researchers realized that they weren’t dealing with some form of congenital deafness. Instead, they suspected that the rapid hearing loss observed in Tmtc4-deficient mice was due to a heightened sensitivity to normal sounds. To test this hypothesis, the researchers exposed normal mice to loud noises and found that this triggered hair-cell death triggered by the UPR, just as was seen in the mice lacking Tmtc4.

“No one had shown that noise-induced hearing loss involved the unfolded protein response,” said Chan. “It really opens up a lot of potential for identifying different therapeutic options and exploring how targeting the UPR could be effective for lots of kinds of hearing loss that we really don’t have any treatments for.”

To avert noise-induced hearing loss in the mice, the scientists needed to somehow block the UPR and prevent hair cells from self-destructing. Fortunately, they were right down the hall from Peter Walter, PhD, a professor of biochemistry and biophysics at UCSF whose lab identified a drug in 2013 that does precisely that. The compound, known as ISRIB (for Integrated Stress Response Inhibitor) inhibits part of the UPR; it has been shown to reverse memory failure caused by traumatic brain injury in mice and to kill aggressive prostate cancer cells.

Giving the mice ISRIB before they were exposed to loud noises prevented hair cell damage and noise-induced hearing loss, and Sherr says the researchers are now looking to see if the treatment would be useful to prevent other types of hearing loss, including age-related hearing loss.

“People who become deaf as they get older become very isolated. There’s a lot of associated depression and an increase in the risk of developing dementia, so there are lots of good reasons for us to try to prevent hearing loss later in life.”

Conflicts: Sherr and Chan are founders and shareholders in Jacaranda Biosciences. Sherr is listed as an inventor on a published patent application, “Novel Methods of Treating Hearing Loss” (PCT/US2016/058348). 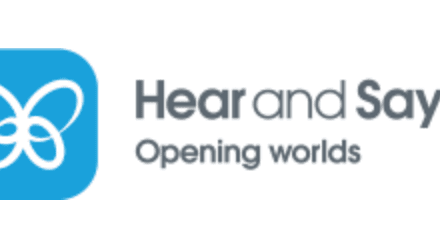 Hear and Say to Provide Auditory-Verbal Therapy Training in China