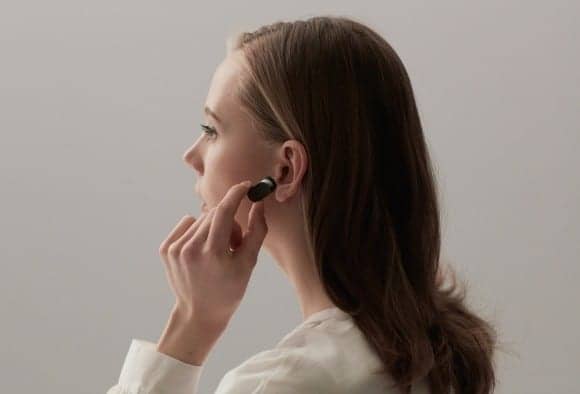 At the Mobile World Congress in Barcelona, Spain, held February 22-25, 2016, Sony Mobile Communications rolled out a next-generation Xperia line of products with the first Xperia X series smartphones, along with ambient connected devices said to be capable of changing the way consumers interact with the world.

According to Sony Mobile, Xperia X smart products and concepts are designed to adapt to every situation and environment, whether a person is at home or on the go. Sony Mobile says that it envisions this new category as “intelligent devices” that understand preferences, activities, and behavior to provide useful and contextual information. 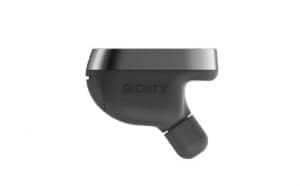 Xperia Ear is described as a next-generation wireless ear-piece or hearable “that brings a new way of communicating and enjoying the world around you.” It provides information such as the wearer’s schedule, the weather, and the latest news while on the go. Powered by Sony’s voice technology, it is designed to respond to verbal commands, so the wearer can ask it to make a call, perform an internet search, dictate a message, or navigate to a certain location.

The Xperia Ear enables a convenient, hands-free experience. It connects to an Android smartphone via NFC or Bluetooth and talks to a host application, where the user can customize settings, including the info needed for initial connections in the morning, touch commands, and app notifications.

It is said to have a lightweight and comfortable soft silicone ear-bud, which is built for continuous wear, with IPX2 water-protection and all-day battery life.

The Xperia ear, which will roll out in Summer 2016, is available in Graphite Black and the case doubles as a charger, so users can simply pop it in when a recharge is needed.

Sony Mobile reports that its Xperia X series is intended to embody the company’s new brand vision through adding new layers of intelligent technology across popular and acclaimed Xperia features: camera, battery, and design to “make every day smarter and simpler.”

Also featured at the Mobile World Congress in Barcelona were Sony Mobile’s Xperia camera including the new Predictive Hybrid Autofocus in Xperia X and Xperia X Performance. Sony Mobile’s newest Xperia X smartphones have the Qualcomm® Snapdragon™ 650 processor and Xperia X Performance. The Qualcomm Snapdragon 820 processor has just been introduced for ultra-fast connectivity. Also on exhibit at the conference was the Xperia Eye, a compact, wearable wide-angle lens camera that can be easily attached to clothing or worn around the neck. The Xperia Projector uses a natural and interactive interface projection on any clear surface, and will respond to touch, voice and gestures just as a user would interact with the smartphone screen. Also introduced in Barcelona was the RM-X7BT in-car Bluetooth® commander, from Sony Corporation, enabling wireless music streaming and hands-free smartphone functions while driving.

For information on how another consumer electronics giant is entering the hearables market, read the April 30, 2015 article on Samsung in Hearing Review.

Testosterone use does not improve function, cognition in older men