Atlanta — Spectrum Brands Inc, the maker of Rayovac batteries, announced that it has reached agreements with noteholders representing, in the aggregate, approximately 70% of the face value of its outstanding bonds, to pursue a refinancing that, if implemented as proposed, will significantly reduce the Company’s outstanding debt and put the company in a stronger financial position for the future.

A refinancing on the agreed terms would enable Spectrum Brands to reduce the amount of debt on its balance sheet by approximately $840 million (or approximately one-third), eliminate approximately $95 million in annual cash interest payments for at least each of the next two years, and free up additional cash that can be reinvested in its business to support meaningful revenue and profit growth. The Company currently has outstanding indebtedness of approximately $2.6 billion.

To implement the refinancing in the most efficient manner and to take advantage of certain tax benefits, Spectrum Brands and its U.S. subsidiaries today filed voluntary petitions for reorganization under Chapter 11 in the U.S. Bankruptcy Court for the Western District of Texas, San Antonio Division. The Company’s non-U.S. operations, which are legally separate, are not included in the Chapter 11 proceedings.

Spectrum Brands included in today’s filing a pre-negotiated plan of reorganization, along with a proposed disclosure statement. The refinancing is provided for in the plan through the cancellation of existing bond obligations in a principal amount of $1.05 billion and the issuance to the noteholders of new bonds in an aggregate principal amount equal to 20% of the total unpaid principal and interest on existing bonds together with shares of new common stock to be created under the plan. Existing common stock will be extinguished under the plan, and no distributions will be made to holders of the current equity.

The plan does not propose to impact any existing creditors other than the noteholders and equity holders. The claims of existing secured and other general unsecured creditors would be reinstated or unimpaired, and thus would receive payment of the claims on existing terms either in the ordinary course or upon consummation of the plan. This means, for example, that under the plan, if approved as proposed, the Company would provide pay and benefits to its employees as usual, honor all obligations to its customers, and pay suppliers in full for their claims upon consummation of the plan. The Company intends to move forward as quickly as possible to obtain approval of the disclosure statement, to solicit votes on the plan from the noteholders, and to present the plan for approval by the Bankruptcy Court.

On February 2, 2009, Spectrum Brands failed to make a $25.8 million interest payment on its 7-3/8% senior subordinated notes due 2015, triggering a default with respect to the notes.

Spectrum Brands and all of its operating units in the United States and around the world expect to continue to meet their respective obligations, subject to applicable limitations, to their suppliers, customers and employees in the ordinary course of business during the restructuring process, which is expected to be completed in approximately 4 to 6 months. Spectrum Brands has received commitments for $235 million in debtor-in-possession financing from certain of its existing Asset Backed Facility (“ABL”) lenders with a participating interest from certain of the Company’s existing noteholders, which represents an incremental $70 million in cash availability at the outset of the proceedings, subject to certain limitations and reserves based on the amount drawn on the ABL at the time of filing and is expected to enable the Company and its U.S. businesses to continue to satisfy customary obligations associated with their ongoing operations. All of Spectrum Brands’ ongoing international operations are cash-flow positive.

Kent Hussey, CEO of Spectrum Brands, said “We are pleased to have the support of noteholders representing, in the aggregate, approximately 70% of the face value of the bonds outstanding to move forward with a restructuring that will put our company in a stronger financial position for the future. Our businesses have attractive growth prospects that have been encumbered by the level of debt the parent company is carrying. After careful consideration, we decided that the approach announced today would be the most effective and expedient path for us to develop a more appropriate capital structure to support our long-term business objectives. We estimate that when this refinancing has been completed, the company will generate in excess of $100 million in annual free cash flow.”

He continued, “We do not believe there is any current need – and we have no current plans – to make any significant operating changes to our three business units, which have been profitable and have generated positive cash flow, and are meaningful competitors in their respective industries. We do plan to continue the initiatives already underway to make our operations even more efficient going forward, and we remain focused on driving increased sales and profitability over the long term.”

“Despite the global economic slowdown, we see important bright spots in our outlook. Our Global Batteries and Personal Care segment delivered its eighth consecutive quarter of adjusted EBITDA growth for the first quarter of 2009. We continue to gain market share in many product segments, and our traditional value positioning, together with a more cautious consumer, is working to our advantage in the current environment. We are committed to completing the restructuring and emerging a financially healthier company, better positioned to capitalize on the many opportunities we see,” Hussey concluded.

The company has asked the court for "first day" authorization to pay certain pre-filing obligations in the ordinary course of business, as necessary to maintain continuing operations during the case. Any valid obligation not authorized for payment by the bankruptcy court under these “first day” authorizations would in any event be paid in full under the plan, if approved and implemented as proposed.

The company’s financial advisor is Perella Weinberg LLP and its legal advisor is Skadden, Arps, Slate, Meagher and Flom LLP. 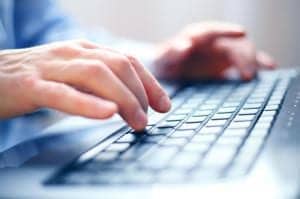