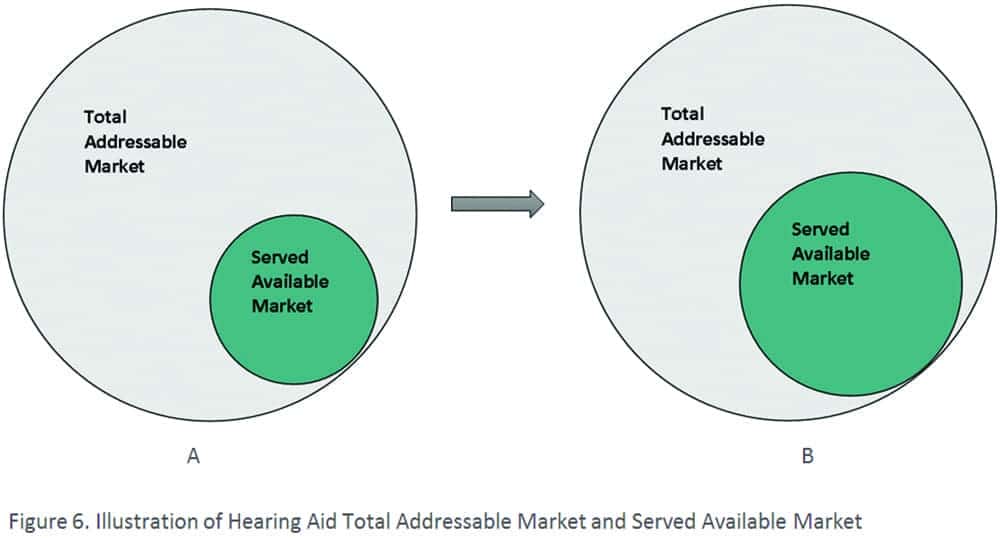 Costco is considered one of the fastest-growing global hearing aid retailers, and this trend is expected to continue. The Hearing Review estimates Costco’s US market share at around 11%, and until recently, the company’s annual unit growth averaged over 20%—3 to 5 times faster than sales through independent practices.1 With the development of hearing aid technology, the entry-level hearing aids Costco dispenses are becoming more affordable and more reliable. It is natural for private practices to be concerned about their ability to continue providing excellent service to patients while making enough margin to continue running their businesses.

However, is Costco actually hurting private practices’ businesses? This was the question we sought to answer with regard to the businesses in Audigy (Audigy Group and Audigy Medical).

[Click on graphics to enlarge.] Figure 1. Representations of Costco Density Groups. Note: The circle border represents the 30-minute driving boundary from Audigy members. In reality, the boundaries are in more irregular shapes. Additionally, the figure only shows the typical Costco distribution for each group. In reality, there are many more variabilities in Costco distribution. See Appendix for a more in-depth explanation and details.

Costco Density: Sum of weighted number of Costco locations that sell hearing aids within 30 minutes’ driving distance of the Audigy member location. A nearer Costco was given more weight than a more distant Costco (see Appendix in the online version of this article for details).

A correlation analysis reveals that Costco Density and Revenue are significantly positively correlated (number of observations = 363; correlation coefficient = 0.238; p-value < 0.0001). This indicates that Audigy members with more Costco locations nearby are likely to have more revenue.

There is also a weak positive correlation between Average Sale Price (ASP) and Costco Density (number of observations = 363; correlation coefficient = 0.081;  p-value = 0.1256). In other words, Audigy members are likely to have a slightly higher average sale price if there are more Costco locations nearby, although this correlation is not statistically significant.

To better illustrate the Costco effect, Audigy member locations were grouped into four categories based on the variable Costco Density (see Appendix in online article for details):

The average Revenue and ASP for each group were calculated and are shown in Figure 2 and Figure 3, respectively. The results indicate that—contrary to what might be expected—having Costco locations nearby did not have negative impacts on Audigy members’ revenue or average sale price in 2016-17. Figure 3. Average ASP by Level of Costco density. This suggests that member locations tend to have higher ASP when there are more Costco locations nearby.

In the analysis above (Analysis #1), only data from the most recent year was used. However, this may not show a full picture of the influence of Costco on Audigy members. To test Costco locations’ influence on member locations across time, the compound annual growth rate of revenue and ASP were employed to analyze the data further (Analysis #2). However, can the possibility that Costco is hurting Audigy members’ businesses be eliminated? Not yet. It is possible that Audigy members tend to have more revenue when more Costco locations are nearby because high Costco density is correlated with higher population density, and population density is positively correlated with more revenue. It is also possible that locations with high ASP tend to be located in wealthier areas, and higher-income areas may have more Costco locations. Therefore, high average household income may be the reason Costco density and ASP are positively correlated.

To address these potential biases, three more demographic variables were added in the analysis (Analysis #3 below) to take into account the effect of the potential cofounding variables. In this way, the “true” effect of Costco locations on Audigy members’ revenue and ASP may be revealed.

65+ Population: Population that is 65 years old or older within the location’s market boundary.

Using the key variables and the additional variables above, regression analyses were generated to test the “true” effect that Costco locations have upon Audigy members’ sale performance. Multiple regression analyses were conducted to examine the relationship between Revenue and various potential predictors. Table 1 summarizes the analyses’ results. As can be seen in Regression 1, Costco Density had significant positive regression weights, indicating locations with high Costco Density were expected to have higher Revenue. However, as shown in Regressions 2 and 3, after controlling for 65+ Population and Hearing Aid (HA) Expenditure, Costco Density lost its significance in predicting Revenue. Table 2. Regression table for ASP. Bolded numbers are statistically significant coefficients at the 0.05 alpha level. Red numbers are highlighted statistically significant coefficients that will be discussed in text. a) This column shows the dependent variable (Revenue) with the predictor variables below it (Costco Density, 65+ Population, HA Expenditure, and Constant). The last variable (Constant) represents the constant or intercept. b) Coefficient: These are the values for the regression equation for predicting the dependent variable from the independent variable. c) P-value: The two-tailed P-values used in testing the null hypothesis that the coefficient is 0. If the P-value is equal or lower than 0.05, that means the corresponding coefficient is statistically significant. The lower the P-value is, the more significant the corresponding coefficient. d) Adj. R-square: R-Square is the proportion of variance in the dependent variable which can be explained by the independent variables. This is an overall measure of the strength of association. Adj. R-square is an adjustment of the R-square that penalizes the addition of extraneous predictors to the model. e) Number of observations: This is the number of observations used in the regression analysis.

Regression analyses were conducted to examine the relationship between ASP and Average Household Income (Table 2). As can be seen in Regression 4, Costco Density is not a significant predictor for ASP, even when it is the only variable in the regression. Regression 5 showed that Average Household Income is a significant predictor for ASP; this effect still holds after controlling for Costco Density. That means, whereas Audigy members located in higher-income markets generally tend to enjoy higher average sale prices, the presence or concentration of Costco locations does not have a significant impact upon pricing.

The results indicate that having Costco locations nearby does not have any significant impact on Audigy members’ hearing aid revenue and average sale price. If anything, more Costco locations nearby may have a weak positive impact on the revenue and average sale price of Audigy members. This is the opposite pattern of what was expected. How do we make sense of these findings?

Approximately 35% of Americans over age 65 have a significant hearing loss sufficient to make them hearing aid candidates. Yet only about 20% of those older Americans who could benefit from hearing aids actually seek them out.2 This means roughly 80% of the addressable hearing aid market remains intact (represented by the gray area in Figure 6A), which is about 26 million hearing aid sale opportunities missed. Figure 6. Illustration of hearing aid total addressable market (A) and served available market (B). Costco may be expanding our market, rather than shrinking it, through competition.

It is possible that Costco functions more like a market expander than a competitor to private hearing aid providers. As Costco makes hearing aids more accessible, more people with hearing loss would realize they need hearing aids, and more people would go to private-practice clinics to buy hearing aids for the better service, which may increase the hearing aid sales for Audigy members. As shown in Figure 6, Costco may help to expand the served available market for hearing aids from A to B.

The pattern that Costco competitors increase sale prices as the result of being near Costco is not unique in the hearing aid industry. A study3 has shown that a Costco store increases competitors’ grocery prices by 1.4% in the short run and 2.7% in the long run, whereas previous research shows that a new Walmart generally reduces prices by 1% to 1.7% in the short term and by about four times as much in the long run. This is because, while incumbent grocers try to match Walmart on price, they figure it’s simply not worth it to go toe-to-toe with a warehouse club like Costco. While Walmart has made its stores more physically appealing over the years, Costco’s remain drab and utilitarian; pallets of bulk items sitting on concrete floors remain the dominant aesthetic. As a result, the only competitive advantage incumbent grocers see worth pursuing is experience and convenience, choosing—as the study’s authors point out—to cede “price-sensitive consumers who are willing to drive longer distances for a less pleasant shopping experience in order to obtain deep discounts.”3

By focusing on less price-sensitive customers, incumbents are able to increase the compensation of their service offering without affecting sales.4 The same idea may apply to hearing aids. Audigy members may focus more on less price-sensitive customers. Instead of trying to compete with Costco stores nearby on price, Audigy members may put more effort into adding value by offering unique services to customers. As a result, they achieve compensation for the true value of their service offerings with no sales loss.

We suggest treating Costco as an ally and potential referral source, not as a direct competitor. A provider from your practice should conduct regular visits with the provider at your local Costco in order to introduce your practice as a resource to help them take care of their patient population when it comes to:

It is also worth considering Costco locations in your expansion analysis and planning for future locations. With the right exposure and marketing strategy, being within close proximity of a Costco could prove to be an effective strategy for capturing competitive and new users alike.

Correspondence can be addressed to HR or J. Connon Samuel at: [email protected]

Division of Locations Based on Costco Density

Locations are divided into four groups based on Costco Density. Figure 8 shows the cutting point between groups. 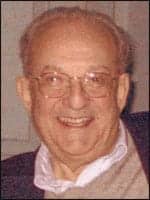 Genetics and Deafness: Implications for Education and Life Care of Students with Hearing Loss 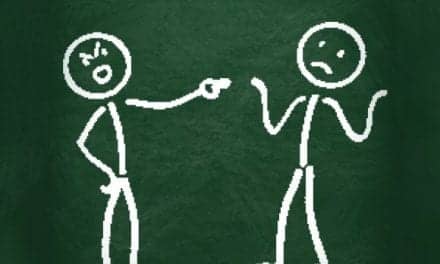 RANTS! Some Things We Would Change—If We Could