“Beltone’s rich history, nationally recognized brand, and reputation for excellence in hearing care provide a solid base for our accelerated growth plans for the business,” says Murray. “I am excited to join the Beltone team and enhance the leadership position the business has solidified in the last few years under Alan Dozier’s leadership.”

Prior to joining Beltone, Murray served as vice-president, store operations for Pearle Vision’s 900-location US business. For 9 years, he worked in multiple general management roles with Cole National Corp, Twinsburg, Ohio, a $2 billion multi-brand specialty retailer. Murray began his career at IBM where he focused on the retail banking business, and later joined Deloitte and Touche in their retail and consumer products consulting practice.

Murray received his bachelor’s degree from Brown University, and his master’s in business administration from Duke University’s Fuqua School of Business. He is also a past Trustee for the Cleveland Clinic Children’s Hospital for Rehabilitation, Cleveland.

Natus Medical Inc
Robert A. Gunst and James B. Hawkins, Natus’, San Carlos, Calif, president and chief executive officer, have been elected to the Natus Medical board of directors.

Gunst assumes the board seat previously held by David Nierenberg, who did not opt for re-election. He brings more than 35 years of business expertise to the Natus board, currently serving as a director of AmNet Mortgage, Inc, San Diego, and as a member of the Dean’s Advisory Council of the Graduate School of Management at the University of California-Davis. Gunst has also served as president, chief executive officer, and director of The Good Guys, a specialty retailer of higher-end entertainment electronics. He holds a master’s degree in business administration in finance from the University of Chicago’s Graduate School of Business.

Since the summer of 2003, Amdahl has worked in the Education department at Micro-Tech, focusing on internal training and research projects. Prior to working at Micro-Tech, Amdahl spent 7 years working as a clinical audiologist at a private practice in Minnesota. 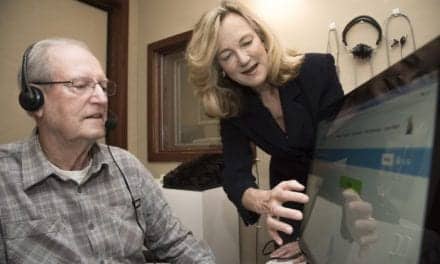