Skaneateles Falls, NY — Welch Allyn has announced the appointment of Stephen F. Meyer as its new president and CEO, effective April 16, 2012. Meyer has been with Welch Allyn since 1981 and most recently served as the company’s executive vice president and chief global business officer.

Meyer replaces Julie Shimer, who announced in January her desire to retire in 2012, allowing time for a successor to be named and ensuring a smooth transition for the new CEO. Shimer’s career at Welch Allyn began in 2002 when she joined the company’s Board of Directors and was subsequently appointed president and CEO in 2007.

"Julie played an important role in our company’s history, particularly as we moved from a 3rd generation of owner/operators to a company led by 4th generation shareholders, and managed by non-family members," said Dr Peer Soderberg, co-chair of the Board of Directors for Welch Allyn.

Eric Allyn, co-chair of the Board of Directors for Welch Allyn, added, "We are excited to have Steve take over the helm of Welch Allyn. Steve knows and understands our products and markets and is an excellent fit with the values that have been the cornerstone of Welch Allyn for almost 100 years. He has a track record of growing profitable businesses and proven leadership capabilities, which make Steve an outstanding choice to take Welch Allyn to the next level of performance excellence."

Meyer began his career at Welch Allyn in 1981 as a sales representative in Detroit. Over the last 30 years, he held a series of senior leadership roles in a variety of capacities, from international sales and marketing to product development and general management including president of Welch Allyn’s North American business.

"I am honored to become the new CEO of Welch Allyn," said Meyer in the press statement. "I’m equally honored to work with the Allyn family owners and the Board of Directors of Welch Allyn to develop solutions that will help clinicians effectively diagnose more patients and improve more lives." 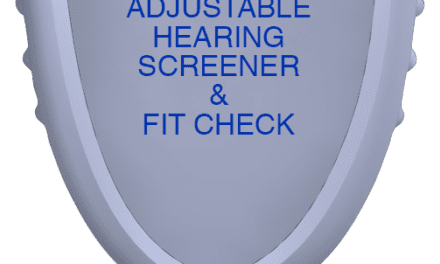