William Demant Holding (WDH), the parent group of Oticon and Bernafon, has raised its offer to $58 million—matching a counter-offer by GN Nord Store A/S—in an effort to secure a WDH-Otix Global merger that would bring Sonic Innovations and the HearingLife distribution network into the WDH group.

William Demant Holding said in a statement today that it has signed an addendum to the existing merger agreement in which Otix stockholders would receive a total settlement of $58 million (DKK 312 million), or a price of $10 per stock. The updated offer represents an approximate $8 million increase of the price stated in the original merger. Otix Global’s distribution activities in the United States and Australia are expected to continue without any change, and will form a natural part of WDH’s distribution activities. According to industry analysts, the transaction, if completed, would increase WDH’s global market share by about 1 percentage point in terms of unit volume.

Statements by Otix and GN were not yet available at the time of this report, and it is unclear what actions are being considered by the companies. WDH says it still expects to close the transaction between mid-November and the end of 2010.

Otix Global sells hearing aids under the Sonic Innovations brand, and it owns and operates its own distribution networks in the United States and Australia (HearingLife). In 2009, the company recorded a turnover of $96 million and an operating loss (EBITDA) of $3.7 million. At year-end 2009, Otix Global’s equity amounted to $32 million.

In total, the bid would have been worth $65-70 million based on the expected closing balance sheet. However, on September 27, GN requested that the Otix board reconsider its agreement with WDH and accept a higher bid of $58 million, or about $73-78 million on the closing balance sheet (see “Otix-WDH Deal for Sonic May Be Nixed by GN’s Bid of $58 Million”).

In the original September 13 statement by Otix, company Chairman and CEO Sam Westover said, “In a short period of time, Otix Global has grown from an innovative start-up company to a leading manufacturer and distributor of superior hearing solutions under its Sonic and HearingLife brands. Our product lines have garnered industry attention and awards and are representative of the innovative technology for which Otix is known. The merger with William Demant will provide the research and development, marketing and sales support, and resources necessary to further expand Sonic and HearingLife’s presence in the hearing health care industry.”

According to William Demant Holding, the addition of Sonic to its Oticon and Bernafon brands would play an important part in select customer segments, particularly in the United States, Sonic’s primary market. Moreover, due to WDH’s strong global presence, Sonic products are expected to be offered to customers in a number of other markets. The group also sees potential for leveraging existing efforts in the wholesale business, and synergies to be achieved within all areas, including development, production, logistics, marketing and distribution. 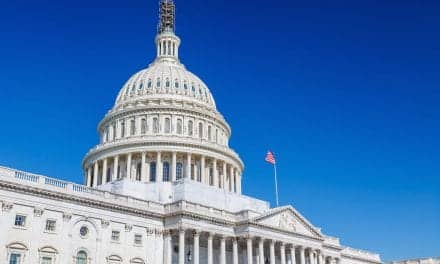