A Comparison of Performance in Children with Nonlinear Frequency Compression Systems

As found in a previous study, children with lower speech recognition/detection scores using hearing aids without nonlinear frequency compression (NFC) benefited most when NFC was made available. NFC benefit was significantly correlated with higher levels of hearing loss. However, some children show the additional effect of continued improvement over time, due to maturation, acclimatization effects, or both.

Frequency lowering devices on the market today use one of two types of frequency lowering. Frequency transposition shifts the upper frequency band of energy to a lower frequency place, and typically results in a mixing of transposed and non-transposed energy. Nonlinear frequency compression (NFC) applies a frequency compression ratio to the high frequency band, narrowing it in bandwidth but not mixing it with low frequency energy. These two strategies are very different, but both types of signal processors lower the high frequencies of incoming sounds before presenting them to the hearing aid wearer. Figure 1 provides an illustration of NFC processing.

Various studies have investigated the effects of frequency lowering. Simpson1 provides a comprehensive review of this work, pointing to the need for a better understanding of the candidacy and training requirements when acclimatizing to this type of signal processing. Glista et al2 recently published one of the studies reviewed by Simpson, evaluating the effects of frequency compression in adults and children who use hearing aids. This study, published in the September 2009 International Journal of Audiology, found significant benefit overall with frequency compression, as well as specific candidacy factors in benefit: children were more likely to benefit than were adults, and participants with greater hearing loss that was more confined to the high frequencies were also more likely to benefit. Each listener received an individualized frequency compression setting (a combination of the cut-off frequency and frequency compression ratio) that made /s/ and / ∫ / audible whenever possible.3

The Glista et al2 study used prototype hearing aids (ie, modified Savia 311 or 411 hearing aids) prior to the release of commercial NFC now marketed as “SoundRecover” by Phonak AG. Child participants wore the prototypes for at least 1 year (M = 2.03 years) prior to being refitted with commercial devices (Naida V SP or UP) when they became available. At refitting, they were retested with both devices.

In this paper, we present the results of refitting and retesting in children in order to determine whether the benefits we measured in our original study2 were also obtained with the Naida devices. This ongoing testing also allowed us to determine if the children’s combined maturation and ongoing acclimatization to NFC resulted in any further changes in aided performance.

Participants. A total of 11 children were included in the Glista et al study,2 and 10 of the original sample completed this follow-up study. Pure-tone air and bone-conduction thresholds were measured bilaterally for all participants at all octave and inter-octave frequencies between 250 and 6000 Hz using a Grason-Stadler 61 audiometer.

Air conduction thresholds were obtained using ER-3A insert earphones coupled to each participant’s personal earmolds. Bone conduction thresholds were obtained using a Radioear B-71 bone oscillator. All participants presented with sloping, high frequency sensorineural hearing losses. Better-ear, high frequency pure-tone-average (BE-HFPTA) values (over 2, 3, and 4 kHz) ranged from 22 to 107 dBHL (M = 80). All the hearing losses were symmetrical between ears, with the exception of one participant.

Device fitting. We closely matched the frequency response, amplitude compression, frequency compression, and other signal processing features of the Naida V SP or UP hearing aids to the prototype devices (ie, modified Savia 311 or 411 hearing aids). Specifically, we matched the microphone characteristics and noise-reduction characteristics to those used by the participants in daily life, and DSL v5.0a targets4,5 were used for both prototype and commercial fittings. Real-ear-to-coupler differences were measured for all participants. Simulated real-ear measurements (S-REM) were performed for soft (55 dB SPL), average (65 dB SPL), and loud (75 dB SPL) speech and maximum power output (MPO) using the Audioscan® Verifit VF-1 real-ear measurement system. Hearing aid output for the commercial fittings was matched to the corresponding prototype device fittings as closely as possible. In addition, the frequency compression parameters were set to provide frequency lowering that was as similar as possible. Table 1 displays the NFC cut-off frequencies and frequency compression ratios for the prototype and commercial devices.

Device matching. Clinically, we strive to evaluate and optimize the fit to targets over the audible band10 and ignore the higher-frequency region in which little energy exists. Therefore, in this study, we evaluated the match between devices only up to and including the audible, but frequency-compressed, output.

Figure 2 displays the average fitting from this study. On average, frequency compression was applied above 2572 Hz with the prototype devices and 2500 Hz with the Naida devices. Therefore, we evaluated match of fit to targets at 2000 Hz and below, on average. Prototype and commercial fittings were within 5 dBSPL of DSL v5 targets at 65 dBSPL. Across individuals, the output levels at the highest audible audiometric frequency matched to within 3.3 dB for a 65 dBSPL speech stimulus. In the low frequency region of 500 to 750 Hz, the devices were matched to within 2.6 dB for all participants. Based on this, we concluded that the fit-to-targets of the devices were well matched.

When setting the prototype and Naida devices to offer similar frequency compression effects, some differences in settings were necessary. Specifically, the prototype software offered individual control over both cut-off frequency and frequency compression ratio, whereas the commercial software ties these two parameters within one control. Therefore, exactly matched frequency compression settings were not always possible. Naida NFC cut-off and compression ratio value combinations were chosen to closely approximate the prototype settings, and verification measures were made to ensure that the functional amount of frequency lowering for /s/ and / ∫ / sounds was similar.3 With these fittings, the maximum audible frequency of the aided long-term average speech spectrum10 was well matched between the two devices: on average, they matched within 27 Hz (range: -766 to 406 Hz difference from the Naida to the prototype). This indicates that the devices were well matched within the frequency domain as well as within the amplitude domain.

For plural recognition (Figure 5), significant NFC benefit was observed for seven children. One child benefited more from the Naida hearing aid than from the prototype, and another child benefited more from the prototype NFC hearing aid than the Naida. A statistically significant improvement in plural recognition over time (ie, comparison of NFC 1 to NFC 2) was observed for three participants, indicating that either maturation and/or acclimatization had occurred, resulting in improved performance.

Across participants and across study phases, vowel recognition scores remained consistent (above 90%), with the exception of one child who showed an increase in NFC benefit over time (Figure 6).

This study evaluated aided performance for speech sound detection and recognition using two different, but similar (and matched), hearing aids that offer nonlinear frequency compression (NFC) signal processing. The purpose of the study was to determine if the published findings with a prototype NFC hearing aid2 generalized to the related commercial release of a similar processor in the Phonak Naida V. Ten children were tested with a measurement approach that also allowed the evaluation of maturation and acclimatization over about 1 year of prototype device use.

Much like the results in the published prototype study, the children’s scores on the test battery with the Naida hearing aids were somewhat variable. Children with lower speech recognition/detection scores without NFC benefited most when NFC was available. In the published study, NFC benefit was significantly correlated with the degree of hearing loss: those with greater hearing losses and hearing losses more confined to the high frequencies tended to benefit more.2

This general trend seems to also apply to the present data, particularly for the plural recognition task (Figure 5). However, some children show the additional effect of continued improvement over time, with scores at “NFC 2” exceeding those measured about a year earlier at “NFC 1.” This may be due to either maturation (the children are now older) or to true acclimatization effects, or both. More research on this topic is clearly needed, but clinicians should be aware that continued change in performance over time is possible for some children.

For the vast majority of children in this study, performance with the Naida V hearing aids met or exceeded the performance with the prototype hearing aids. Only one child performed better with the prototype devices on only one task (95% correct on plural recognition with prototypes, 82% with Naida), yet benefited on another task within our test battery (36 dBHL aided / ∫ / threshold with prototypes, 26 dBHL with Naida). Therefore, it is difficult to say which device was better or worse in this case, and perhaps it is best to consider them as having different, but equivalent, overall performance. This same child also had significant benefit from NFC use for consonant recognition, plural recognition, and detection of /s/, and would clearly be considered a good candidate for this form of frequency lowering regardless of the relatively minor differences between the prototype and commercial devices.

Overall, the results of this study indicate that the benefit from NFC reported by Glista et al2 generalized successfully from prototypes to commercially released hearing aids. Individual factors in outcome may include the fitting approach (all children in this work received individualized and verified fittings), as well as the audiometric profile of each child. Individualized assessment of the need for NFC, as for any signal processing feature, is encouraged.

This work was supported by Phonak AG, the Help2Hear Foundation, and the Canadian Institutes of Health Research. Special thanks to Larissa Mankis for her assistance on this project. 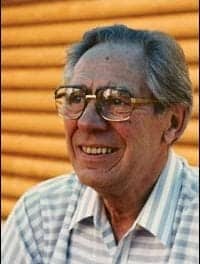 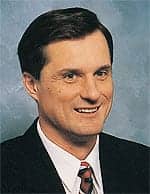 Earmold Retention Issues: Why Does This Earmold Keep Falling Out?